So lets throwback to 16 years ago… When Shinkai Makoto was still new in the directorial spectrum.

This is just a short film he wrote, using LightWave, Photoshop, After Effects and some quirky softwares, in his Mac G4.

Story and music were created during storyboarding altogether to help in keeping everything in sync. I would say such a way of production is certainly unique and the whole process took 7months to complete, which isn’t exactly a lot.

But judging from that 25min runtime, it sounds rather reasonable.

Story Feels Like a Pilot, A One-Shot, Or Something Else?

The story feels like it’s a start to something. But… no?

This story ended up to be a one-off thing. I really wished this could be made into an actual movie. It has a lot of things to expand, there are a lot of questions I want to ask.

The story is great, with Shinkai’s writing of “indirect” romances being the key plot that drives the story.

The writing is near impeccable, but the loopholes are pretty glaring. But judging from his inexperience, and short 25min rush to tell an impactful story, it’s actually decent.

The message the OVA tried to send is pretty strong. The monologues are not dry and boring, but every min it feels like there is something coming. 5cm/s feels here.

The dialogues are pretty awkward I have to say, the way they talk to one another sometimes doesn’t add up. Maybe it’s just me.

There isn’t much character developments, and the ending felt rather inconclusive. I really wish there is a proper movie to retell this story, it has a lot of potential.

25mins is really too short to tell such a story, but it manages to tell a great story. 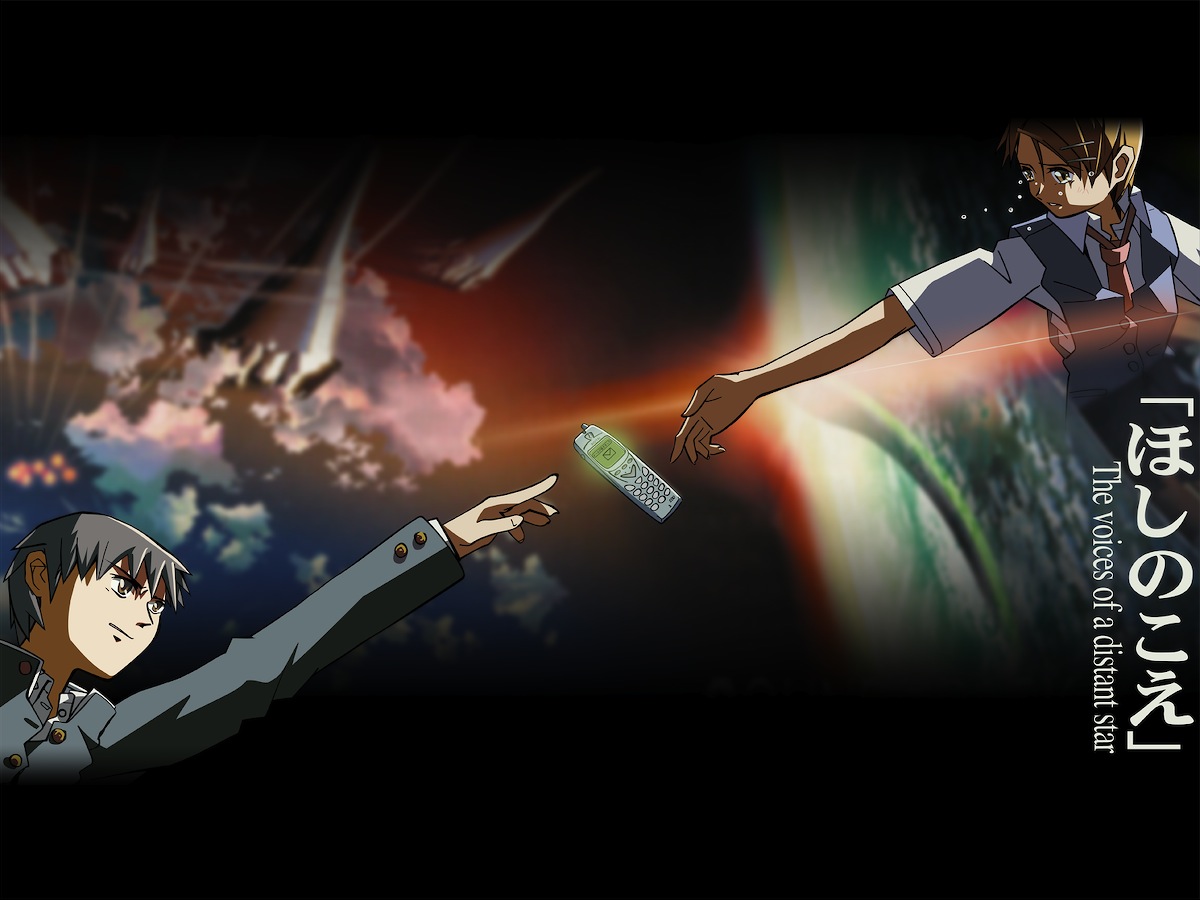 This is CoMix Wave’s 2nd proper production, but things looks ratehr grim in the art department.

Character designs look botched, animations looks fuzzy and the 3DCGI looks like an even trashy version of Baldr Force OVA.

Well, it’s CoMix’s 2nd work, so we can’t really put a lot of blame on them, they are still rather new.

But the story’s impact didn’t really get affected by the animation.

Tenmon is in charge of the composition, and as I said above, they did the story and music together at the storyboard.

The music do feel pretty in-sync with the situation. Pretty well composed all around.

The Cast Will Surprise You.

Apparently there are two versions.

The first version is voiced by Shinkai Makoto himself and his then-girlfriend, Shinohara Mika. The 2nd one is voiced by Suzuki Chihiro and Mutoh Sumi.

You might think the first version will sound pretty great, because they would have perfect chemistry. In my ears, it’s the opposite.

Mika sounded pretty awkward at times, and making the awkward dialogues even more awkward, Makoto has a better grip of his story so his voice is actually decent. The 2nd version did somewhat save the show, their voices are more comfortable to listen to, help alleviate the awkwardness of the dialogues and make the story work better than it should.

I might be nitpicking here, but yeah. that’s how I feel.

If you are a fan of Shinkai, just watch it, it’s pretty great, also shows how he started his “indirect” romance approach in his stories.

That’s pretty much it from me. I have complied all my Hong Kong data into my WP so now all I need is to find the time to write it. Maybe the weekends?

I will see you guys this weekend with another review and if possibly, Hong Kong.