With more Witches Series coming in 2019 to 2021, I have never been so hyped in such a long time. Judging from the title of the next Witches Series, its potentially Strike Witches S3, or maybe even a prequel to Strike Witches, but we are definitely going back to 501st. But I’m betting it’s going to be a prequel.

It’s glad to see that the Witches series isn’t dying just yet. I was worried because Brave Witches, honestly, wasn’t all that great and might potentially murder the entire series. I really want to see the Witches start their own version of D-Day.

The 502nd Witches has their own individual charms, some are cuter than 501st, some are just weird for me.

The Witches doesn’t feel as smooth as the 501st, in terms of chemistry. They kind of looked like a bunch of slightly eccentric people mixed together to form a team and they have to work out somehow. It took time for me to get used to, but eventually they managed to prove their worth when they work together.

The story background felt rather shallow and generic, and feels like all-female version of Mulan. And most of the story scrolls into Slice-Of-Life mode, way more than Strike Witches, it’s like as if the war is over and they are just cleaning up the remains. Strike Witches felt more like a war-like timeline.

Character developments are pretty plenty, but most of the time the relationships of the girls are rather stagnant and they rarely progress.

The climax was pretty decent, despite the pretty weak buildup. The ending felt rushed, but I guess it’s better than letting the series keep going.

Overall, the package they brought is pretty weak, compared to how Strike Witches has achieved. I wish they could have just stick to Strike Witches, and then feature the other witches as cameos like they always did.

Silver Link Made This One The Best Looking Witches Show To Date. 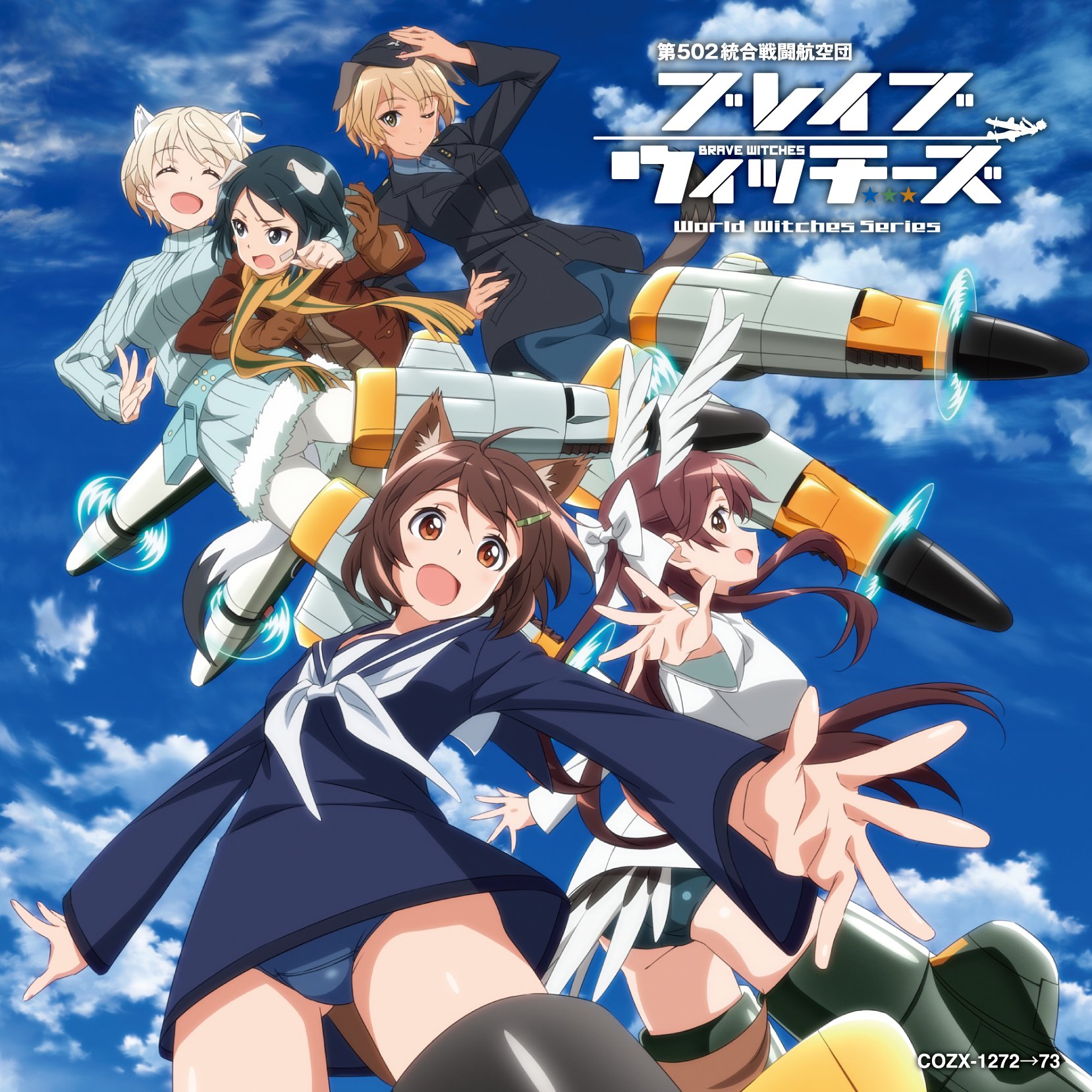 Silver Link impressed me immensely when they did Strike Witches OVA, how much more upscaled it was compared to Gonzo and AIC.

I’m glad that Silver Link is in charge again. It looks amazing, if not, even more impressive than the Strike Witches OVA.

It’s sad to see Silver Link won’t be doing anymore Witches series. Not sure who is going to the the 2019 one, but 2020 is going to be David Pro, going to lower my expectations a little more.

Music Is Pretty Much The Same

They carried over everything from the first season and I think it’s better than recomposing the OST from scratch which uses more budget and also throw the pacing off.

This aired during the recurring Kakuma Ai season where she voiced like 3-4 shows WITH the exact same voice so it felt rather annoying to me.

This show made me discover Suegara Rie’s wonderful soothing voice. The rest of the cast were pretty decent.

They pretty much tried their best to work with one another, but I feel like there is a gap in-between their chemistry sometimes.

I would say just watch it for the sake of having some form of context if they would ever return in future season. It’s an okay time killer.

Well that’s it for me. I might do a little comparison at some point, we’ll see. Next post will be the Summer Wrap Up. Will be an extremely lengthy post. If I can find time, I probably will write Beatless Review since Final Stage is now finishing up.

If I cannot finish it, I will integrate Beatless into the Summer Wrap Up, making a EVEN longer post.

2 responses to “So… These Witches Are Brave: Brave Witches”