Hello. I put Mai Otome aside to write this because I found this movie showing around my place so I took the plunge and watched it.

Hosada Mamoru directed and written this film, for those who don’t know, he’s the one who directed Wolf Children. This movie lasts for 100mins. This movie is pretty kid-friendly, I’m in a cinema with a lot of kids when I watched this. 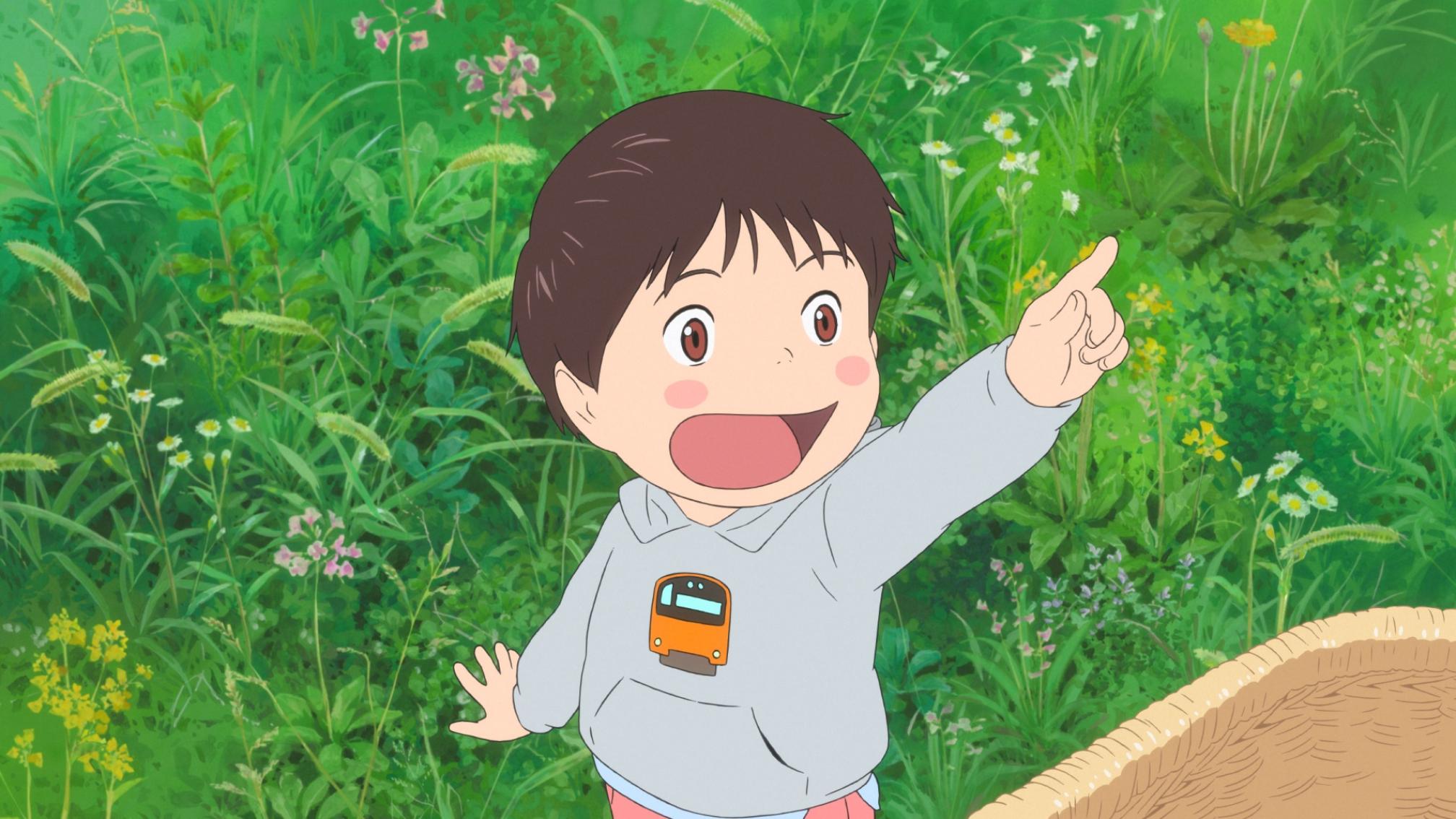 Story tells a pretty meaningful story about both parenting, being a neglected kid achieving form of independence and also learning to forgive and forget. With a rather epic twist of fantasy.

This tells a pretty true story about parents juggling work, taking care of a toddler and a newborn, and eventually neglecting the toddler. The fantasy did feel rather Ghibli-ish, but with it’s own style. As we move on to the next scenario, I find myself getting rather lost and more uninterested with the story. The pacing is slow, too slow for me to keep me interested, I am leaning side to side of my seat, constantly waiting for drama.

The fantasy and time traveling element of the story, sounds generic, actually it’s pretty unique in it’s own way, but just pretty badly executed. It does bring a twist, blending into reality, but I think it could have been done better.

Comedic elements do exist, but most of them pretty much ended up being pretty cute. Most of the comedy here are very kid-friendly, so for the adults, you either find it cute to watch or just bland. For me there are moments when I don’t feel it, moments when I feel a pinch of heartwarming aura.

The climax felt rather flatline, or in fact, I think there isn’t even a climax at all. There is a lot of dialogue, so it takes time to digest. Ending with a rather sweet and open note, I wish this movie had more closure, because it made my journey felt like all I’m watching is for the sake of it, especially when this is probably a one-off movie.

The message it’s trying to send is strong, but is impended by the horrible pacing and execution. It’s a great story, just bad execution.

The story surrounds a 4 year old toddler named Kun, whose life changes drastically after the arrival of his baby sister, Mirai. The rest of the characters were unnamed. Not sure out of pure laziness or part of the story not to name them.

When he first triggered the fantasy element of the story, I was a little mindblown for a bit, eventually kind of get used to it, as it gets a little repetitive. Starting off with talking to his pet dog, at first I was thinking if this is going down the Disney route.

As a kid, it’s like a learning process for him, but in a rather epic way.

Mirai no Mirai, which means Mirai of the Future, is not a misleading title. There is time travelling elements involved. To prevent spoilers, I will be keeping things at that.

The rest of the characters gets their fair share of the limelight, they managed to bring out the best out of all of them, which is nice to see. Character developments are pretty great, with things ending on a sweet note for everyone.

Studio Chizu is in charge, just like Wolf Children. I have to say, it was an eye pleasing experience.

The movie’s setting is in Yokohama and they drew Yokohama’s landscape extremely exquisitely, it looks true to life, with incredible levels of depth of field. You get to see buildings popping out while looking down almost straight down, I have never seen such level of detail, not even in Kimi no Na Wa.

Character designs were nice, but their focus towards landscape and backgrounds made them look rather generic.

The color depth is pretty legit, watching this movie in HDR would be a treat. 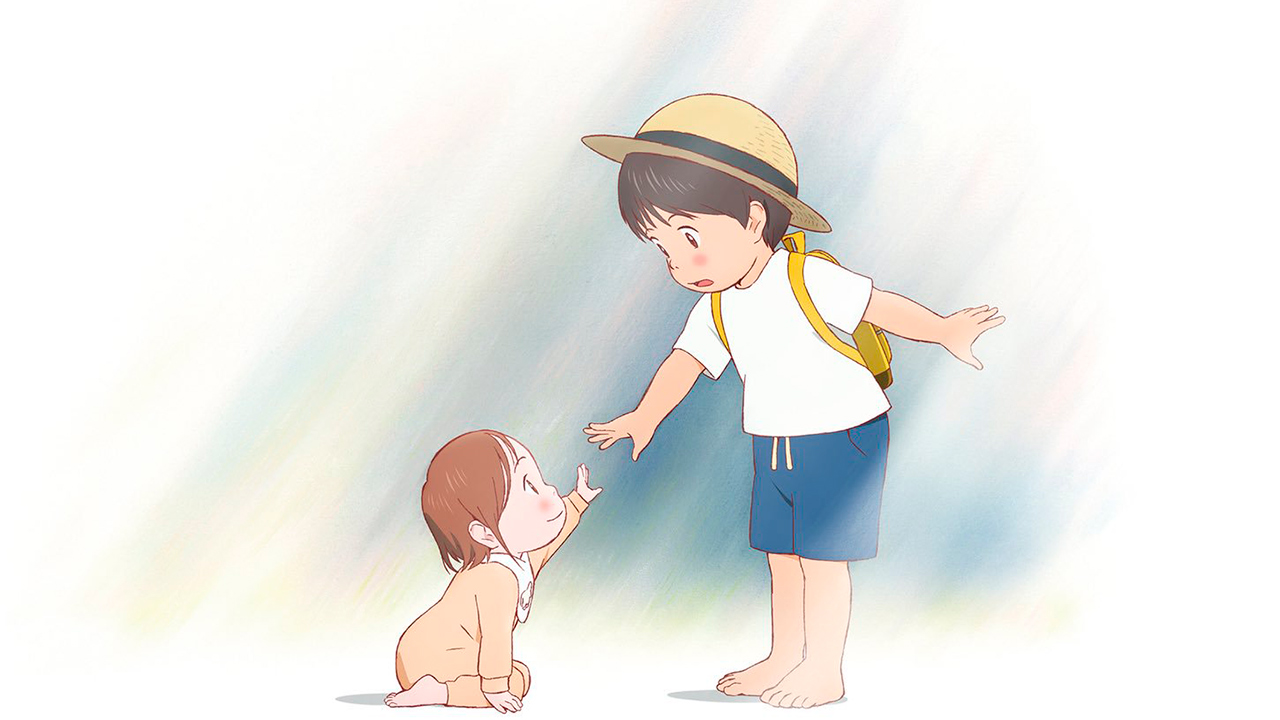 BGMs are mostly laidback-ish, even on tense situations. The OST can be quite a lullaby sometimes, I wish they could compose music on a slightly heavier tone.

Voicing a 4 year old male toddler sounds like a massive challenge to her. The beginning of the film, she made the kid sounded like a male kid acting a female voice out, then slowly as she adapts to the character, it’s already too late. She only nailed the voice by the time the movie is nearing it’s end. She did try to change her voice eventually but its so slow that I already had a bad impression of it.

The rest of the cast pretty much nailed it, but with Moka’s awkward voice acting, it totally destroyed conversations and chemistry between characters.

Recommended? It’s not as BAD as Napping Princess so it’s worth a go, if you like Hosoda’s work, but I think it’s not as great as Wolf Children if you ask me.

It has a great premise, setting and story, just botched by weird choice of voices and awkward execution. The flaws isn’t that bad, but just noticeable.

I walk out of the cinema feeling rather neutral about the film.

That’s it for me for now. My next film will be Tonari no Kaibutsu-kun Live-Action, I will be watching that on Friday, but I think I can only get the review done by Saturday. We’ll see how things goes. Mai Otome posts continues tomorrow.