I will only be covering the main series and Zwei, 0 Sifr will be another day. For those who missed Part 1, where I talk about the characters, click here!

This show had an unique charm that made rewatching very enjoyable. The story of a person’s growth and eventually becoming the ultimate otome, done in 26 eps is just pretty remarkable. Yoshino Hiroyuki is such a great series composer.

The first half is pretty much just introductions and making friends. The pacing is considered pretty fast, wrapping up everything almost in 1 ep. This really keeps me on my seat, because it’s not completely episodic.

The story keeps dropping hints and links it over to future episodes despite being separate episodic arcs. It really raises a lot of questions that makes you think and reflect onto real life.

So example, to follow your dream of being an otome or to chase the one you love. This really reflects on modern society women who are in such a dilemma.

To follow your master’s orders no matter how bad it is, or to follow your own will. The Otomes are actually low-key enslaved to their masters, by binding them with a pact. If they don’t abide to it, they don’t get their Robes. It may sound like it’s nothing, but to the girls, its the universe to them.

This show is also one of the key media that question gender equality, or even sometimes promotes matriarchy. Mai-Hime didn’t really raise any eyebrows because it wasn’t the females themselves doing all the fighting. Mai-Otome proves that even females can do great action animes. So far I cannot find any other show that could surpass Mai-Otome in this aspect. The message they are sending is strong. Infinite Stratos was an attempt, but it got sidetracked by the harem.

The combat scenes and transformation scenes are wonderful to see every time. One of the selling points of the show.

I think I will put that aside for another post.

The climax is probably one of the best. With a lengthy but excellent buildup, the climax was executed near perfection. Even though the lack of combat despite being the final battle, at least it was a great ending…

Zwei continues from the main storyline but a year later. It’s only 4 episodes but it brought a lot to the table. Pacing was quick, everything was straight to the point. The buildup is kind of lacking, but the climax was executed pretty nicely. The combat scenes feels more intense, I guess it’s because of the updated visuals it had.

Funny how they sidelined Aswad when they can actually help the Otomes fight. Their defending the village do have a point but I wish they were involved just like the main series. Well that’s just me.

This story for me, is something I can ever get bored of. Rewatching for over 10 times and it still feels as good as new. The story writing is impeccable, that slight twist of romance, both heterosexually and homosexually.

Sunrise is in charge and it looks great for a 2005 show. Hand drawn animations never looked this good, even Gundam doesn’t come this close. The Robes were nicely designed and they put adequate keyframes and kept it consistent at the same time. The colors they used were pretty vivid.

There is a Bluray remaster so take note. And of course I watched it in Bluray. It does show its age, but it has aged gracefully. Character designs were also lovable. The GEM interface is probably something incredibly unique, even now we have never seen anything like this. It’s ingenious.

Zwei gets a resolution boost and also a color depth boost, and I wished the original series can look this good. The character designs were well maintained and still looks wonderful. They also resorted to 3DCGI, but to a bare minimum, they still do a lot of hand drawn animations. Zwei started only 8 months after the main series, and it looked so much better, Sunrise is seriously pushing themselves a lot, and also invested a lot in just 4 episodes.

Kikuchi Mika and Koshimizu Ami singing the ED and it has turned into 4 different versions.

Kajiura Yuki doing the BGMs, and that’s where you know nothing will ever go wrong. It’s probably one of the best pieces of music composed by her. The choir blended with her orchestra-oriented music is just a great mix. It’s still great to listen to even till now. It’s timeless.

Sometimes I felt that FictionJunction is involved with the vocals in the OST, but I’m not sure.

Some girls gets more than a role.

The chemistry between each pair of girls are great. Mika and Ami makes a great pair, an even better one during Zwei. Yukana and Ami though, need to get some time to get used to.

The best pairing is still Mamiko and Yuzuki Ryoko. They were the best pair since Mai-Hime and I’m glad they carried them over to Otome.

Saeko and Naomi is also another great pair. Especially Naomi’s voice while she’s voicing Shizuru. And with that accent of hers, she’s hitting into my Top 10 Accent Girls list.

Best voice is definitely Naomi, her voice is so suitable for a character so chill like Shizuru. That accent also make her voice sound a whole lot better.

I’m not giving a score for this one since I already did. This show is seriously worth watching. It’s near perfect. I wish there are more animes like this, female characters doing intense combats. 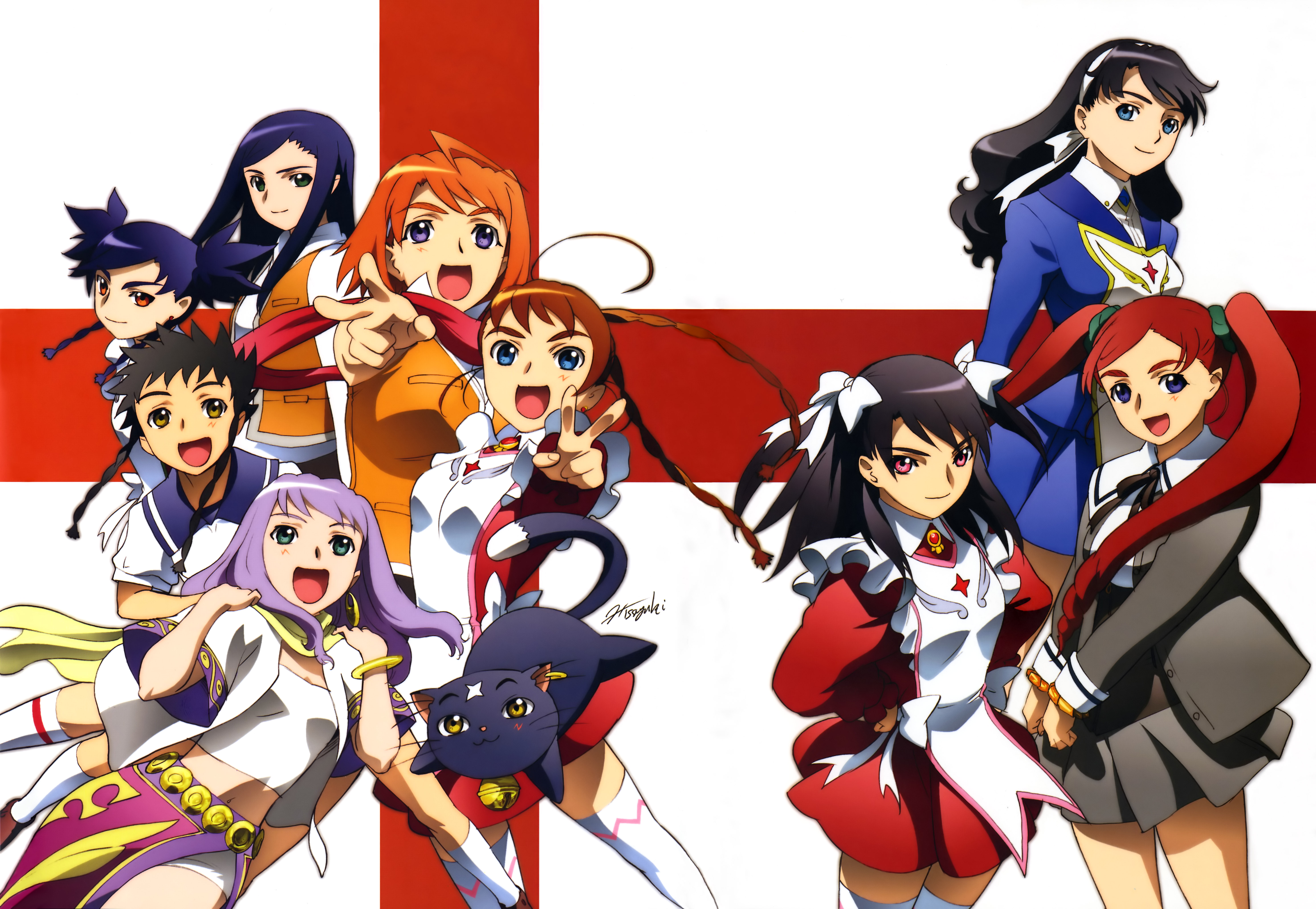 That’s it for me now, next post will be covering 0 Sifr and how it kind of make the main series don’t make sense.