The Five Pillars are great as usual…

Rewatched Mai-Otome recently, and over 13 years it doesn’t gets old for me. I did write a review comparing Mai-Hime and Otome back in 2016, if you wanna read that, click here.

This is kind of a rewrite + overanalysis with pretty much the same format as my Shuffle review. This one does have OVAs, I will be combining Zwei with this, 0 Sifr will be on another post, because timeline differences makes it hard to integrate into this post.

Today I will be putting my nerdy glasses on and bring out my magnifying glass and analysis the character’s proportions… I mean personalities.shoves cotton buds into nostrils

There will be some slight spoilers. And I won’t be covering all the characters, because of that massive list. I will be only covering characters that gave me an impression. The main heroine of the story. I really wish she gets a more deeper backstory, like a flashback about her past because there are things that we still don’t know about her.

Personality-wise, she makes a great contrast towards Nina with her overly serious nature. This girl can really lighten the mood during tense moments, but I do wish she takes things more seriously. During combat, her lack of seriousness cost her a lot of damage. I can tell she’s trying to change after finally using the Sky Blue Sapphire during the 2nd half, but I guess some people don’t change. I’m not criticising her or anything, being optimistic is a great quality, but I think she needs to really understand the gravity of the situation.

Despite with her goofy personality and appearance, there are times where she proved to everyone that “I can do this with my way of thinking”, which is surprising. She is a great MC, just lacking a little bit of context, even with that first ep showing her mom giving her the SBS, and let her flow through a river(?). And also her goofy character nearly landed her into a whirlpool of romance that could possibly end her career as an otome. I’m glad she didn’t walk down that path.

2nd half is where things picks up and also changed my impression of her. Realizing that her Sky Blue Sapphire isn’t at its full power, trains a lot, and did the ultimate decision of decimating her mother’s body to get the Sky Blue Sapphire’s true form.

Zwei pretty much made her return to her goofy self, her serious form from the 2nd half of the main series, somewhat disappears, even though she was looking kind of serious about looking for Mashiro.

I guess this girl still deserves to be MC despite her insensitivity. She’s lovable to a certain extent, but it can get rather frustrating, looking at her. But anime needs more characters like her, with amazing character development despite some weird flaws that can make her look rather dumb to be an MC. 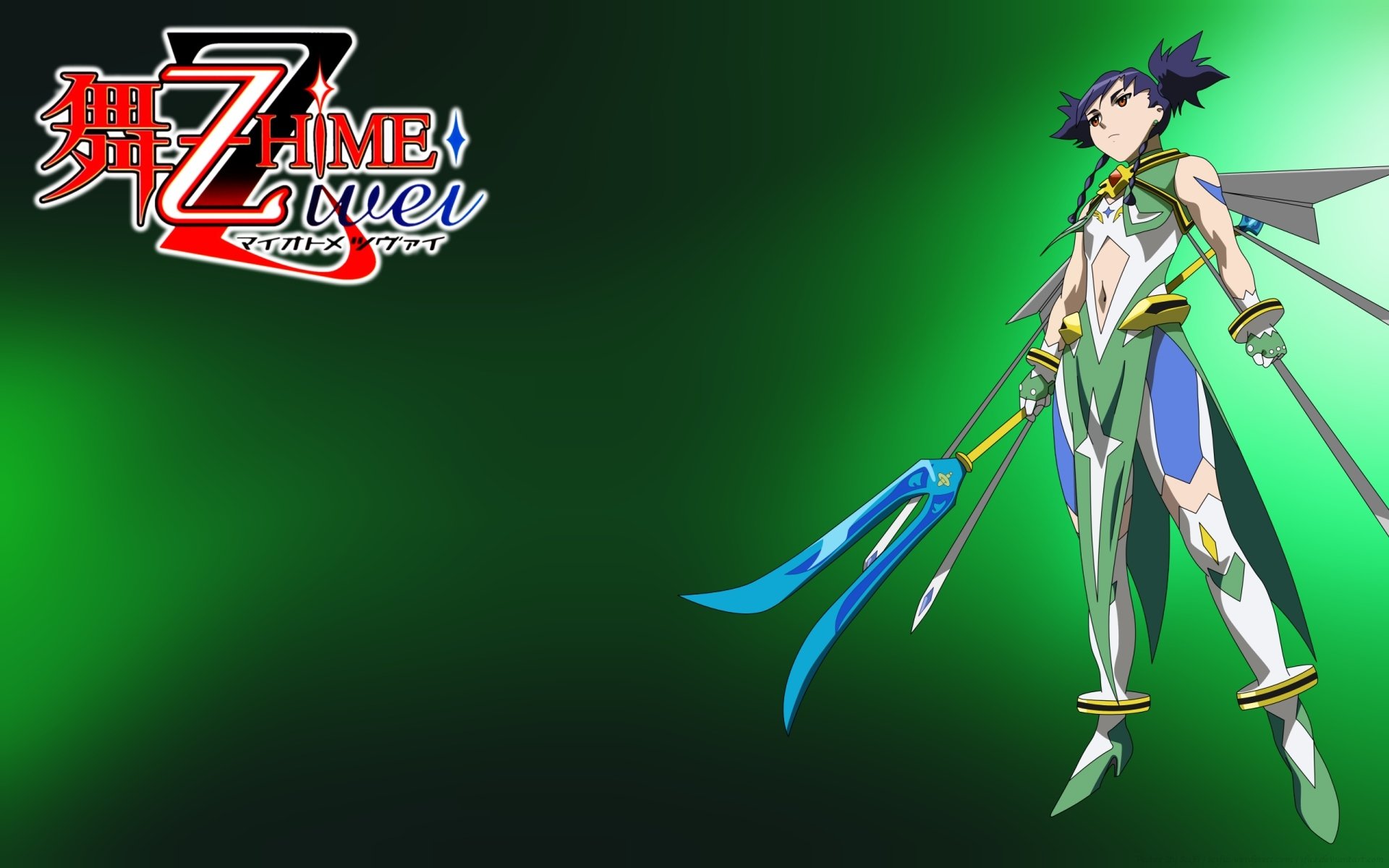 Sometimes I think this robe (Neptune Emerald) suits her better than the Ultimate Black Diamond.

An overly serious character to make a great contrast towards Arika.

She’s technically the real heir of the Windbloom throne. (0 Sifr would give you an idea how and why) She’s also another character that lacks a backstory again. A lot more questions popped out for her, like how did she get kidnapped, how did she even lose her parents…

She’s supposed to be a Windbloom Otome, but because she got adopted by Sergay, and made her an Artai Otome instead.

She’s probably my least loved character for me due to her lack of charisma, and being overly uptight over little thing. She needs to take a chill pill. Her personality costs her to lose a friend (Erstin Ho), breaking friendships and having near zero friends, especially when she’s a top student, which kept her isolated enough. I don’t think she really learnt her lesson until the end of the series, after she gets Sergay all by herself and also after he lost his memories.

Zwei shows a pretty drastic change, but she looks like she’s on a guilt trip that lasts forever. She lost her edge during her otome days, she lost touch of reality sometimes, and it’s kind of sad to see that.

But after she received her Neptune Emerald, she goes back to her old self, but with a pinch of friendliness, and also looked more approachable. I wish this is the Nina when she first appear in the series, it would make it a bit more sense, because the friendship with Arika do seem a bit forced.

The link bridge between Arika and Nina, but she’s too much of a pacifist… or so I thought.

She’s a great girl, but the big surprise is that she’s part of Schwarz and then she became too overly-interventionist, by summoning a slave and ultimately killing herself. I wished she did a better job being a peacemaker during the first half, so she didn’t really have to use a Slave to test their friendship and ultimately ending herself. But either way she has to summon a Slave after receiving that black letter.

This girl has some qualities to be one of the main characters so it’s sad to see get written off mid-season.

She gave me a pretty everlasting already right off the bat. She was one of my top picks because of her:

I really like how she dress with this attire, but her shoes look like slip-on shoes so it feels rather informal at times. Its unique and it looks ageless, it feels like it will never go out of trend.

She has her serious side, but also a fair share of goof, not like Arika’s level, but it equalizes everything. She also loves to be smug sometimes when she nailed something perfectly, I love it. She’s so lovable. I wish she gets more of a pivotal role than a role that sits at the back and controls everything there.

The Ice Silver Crystal. Her robe is also one of the better looking ones, behind Sky Blue Sapphire Zwei. That large cannon she uses also does remind me of her during Mai-Hime and also a little bit of Gundam.

Being a headmistress, even though she tries to show her qualities of being one, her cute side will always show.

Being a headmistress, I’m actually surprised she’s not as direct as the previous Headmistress (0 Sifr will give you an idea), she prefers to sit back and control things from the back seat. But in Zwei, she starts intervene more directly, even though sometimes she couldn’t bring out her robe, something she should have been doing since the beginning.

And also for some reason her hair clip also looks good, I might be biased at this point. 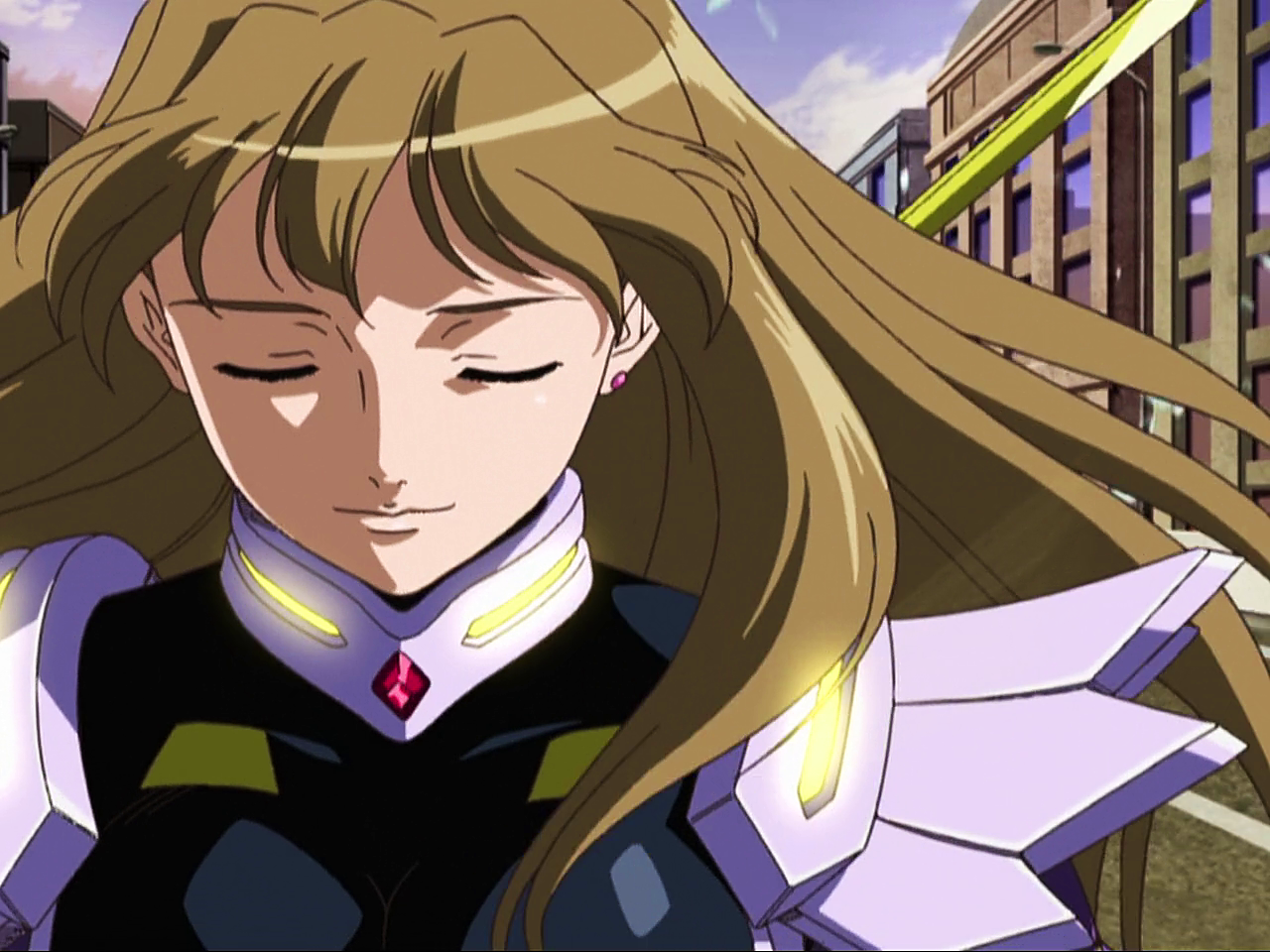 One of the most chill character I have seen in a long time. Her demeanor, her ultra compose nature, her out-of-the-box thinking. She also gave me an everlasting impression already right off the bat. And also her accent made her sound great. 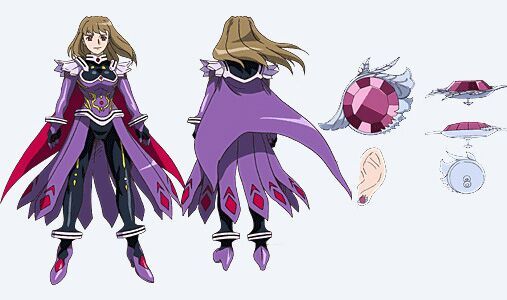 Bewitching Smile Amethyst is also another wonderful looking robe. She is pretty direct with her actions, but she’s pulled back due to her role as a vice-headmistress. But she doesn’t feel right even if she’s a headmistress anyway for some reason, so it’s probably better to keep it status quo.

But what I really like is how she likes to tease Natsuki, and the fact that both of them are low-key dating. She got sidelined in Zwei so that’s a major pity.

I guess all of this shitstorm wouldn’t have started if it wasn’t for this guy. But I guess he did try to fix things that he ruined in the end, and ultimately got his amnesia.

To be honest he’s like the ultimate winner at the end of the main series. He gets Nina, he walks out of everything guilt-free because of his amnesia. But without him, this show’s story would have been rather boring without his manipulation from the back seat.

The so-called fake Queen of Windbloom. But she’s raised to be a Queen, so she does have that aura of royalty surrounding her.

She does show her boorish side and a little bit of that commoner blood, but after the 2nd half, she finally grew up, making rational decisions. Ultimately in Zwei, she put that maturity into use, despite the rather occasional showing of her “I’m always right till proven otherwise.”

She also makes a great contrast to Arika’s personality, but sometimes their clashes just make them miss a lot of opportunity to turn things around, sometimes even endangering themselves and others. But they always end up reconcile no matter how serious the conflict gets.

This girl, even though she’s incredibly lacking in feminine sense, but that is part of her charisma. Her boorish nature leaves me a very deep impression. Her way of thinking really does amaze me.

Her personality is a great fit for someone like Yukino Chrysant with her rational and mature thinking. She gets her fair share of fame in the show despite the fact that she’s just a side character. She has a form of main character aura lurking around her, but she will make a mess out of the show so just leaving it status quo.

There are a lot of characters in the list and I cannot possible cover all of them. The rewatch review will be done some point this week, I might have time during the day to type bit by bit.

As you can see, I really love this show, one of the reasons why I’m into Yuri when I watched it back in 2005. After rewatching it over a dozen times, this show never cease to amaze me that there is no anime for out there that can surpass the quality of Mai-Otome in terms of story and the female superiority setting. Infinite Stratos doesn’t even come close. Yoshino Hiroyuki is a great series composer.

So that’s it from me, I will see you guys when I see you next week.

One response to “Mai-Otome: Why Watching This Over And Over Again Doesn’t Get Old (Part 1: Characters)”