Sorry that Part 2 took so long to write. It has been a hectic week for me. So now that I have the time, let’s get the ball rolling.

For those who missed Part 1 and wants to read it, click here! Spoilers beware

I will be reviewing both the anime and the visual novel. 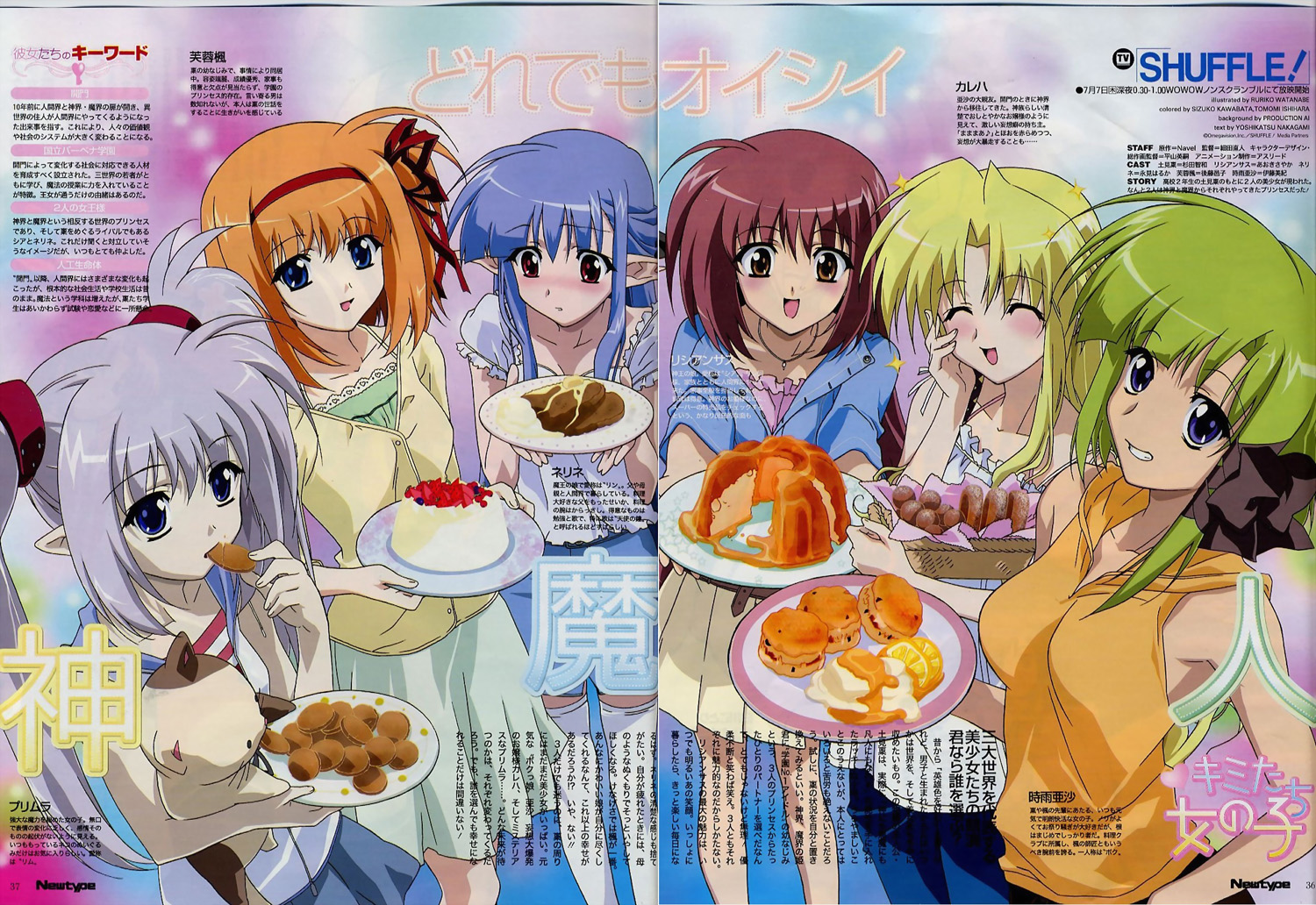 The adaptation overall is probably one of the good ones. Not the best, but decent. Overall, they did well with trying to combine the heroine routes as much as possible. So they took out the climaxes of the heroines, omitting their respective endings and then squeeze them altogether. I would say this style is pretty similar with Grisaia, but this show has 2 cours, so it has the time to probably adapt the story out.

Character developments were pretty decent, but it doesn’t apply to all characters. Many of the characters that has individual routes in the visual novel has their route cut out. Kareha’s route was one of the great ones, so it’s a pity that we don’t get to see it. Nerine didn’t get her fair share of the spotlight, Kaede is shown in a pretty bad light. Lisianthus probably had the most fame. Asa ultimately winning the battle doesn’t really make much sense, but okay.

The climaxes during the individual character arcs were pretty well done. There is some form of suspense going on with the arcs. But each arc isn’t episodic, like when one is over, it’s over, it carries over to the next arc with some form of consequence going on. So there is transition between arcs without being episodic and throwing everything off-paced.

Another thing to highlight is how the story really embraced the dark tone of the light novel and then amplifying it. It shows that the show isn’t all about the harem, but it’s also about the dark side of things and dark side of the characters. I love it and I guess it’s adequately dark, despite the pretty light-toned story telling.

The only thing I am really displeased about is how Asa being the one. It really doesn’t make much sense. I actually doesn’t mind if Kaede wins, even though it will make the story rather predictable. But this form of plot twist really lacks a lot of logic and it just doesn’t add up to me.

Overall, this show has its charms and its flaws, I would say 2005 was a pretty good year for VN adaptations. This show is nearly everything in the bag.

This one is actually isn’t bad. So basically they rearranged the episodes from the first season into separate character arcs, then condense the plot all together to fit 1 cour. If you are rather confused about the first season, I guess you can watch this one to help make you understand the show better. The last episode is original, so if you don’t want to watch the rest of the eps, do watch the last one. 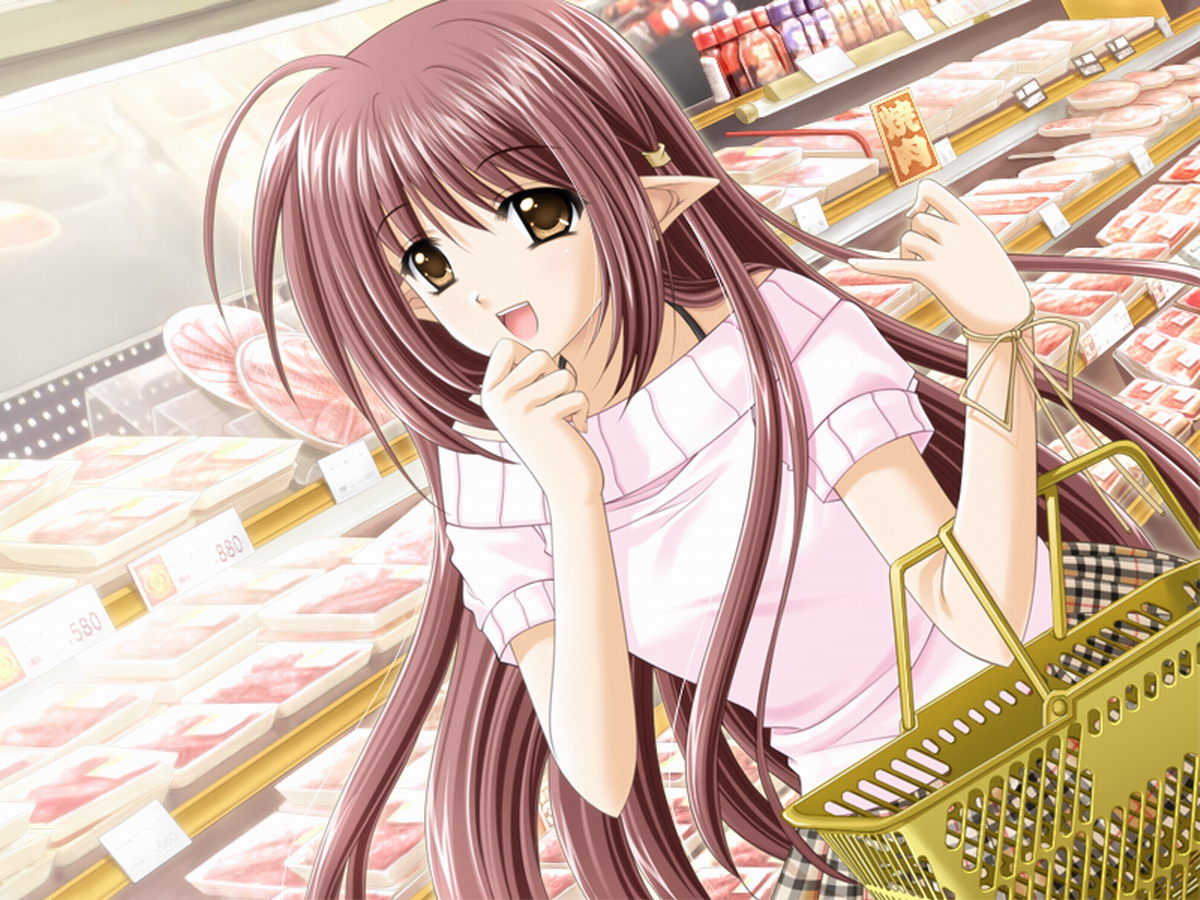 I played the Essence+ version, but too bad there is no English version, so I had to play it with my patchy knowledge of my Japanese. But for the sake of the new heroines, I grinded through.

I also played the original version too, this is probably my first visual novel I have ever played.

The story gets expanded massively for sure. The original version isn’t exactly long, but the Essence+ with the extra heroines, it gets about 2x longer than the original.

The story pacing is slow, but I like how the antics and gags keeps the story rolling, keeping me from leaning side to side from boredom. This is better than the anime, because you are in control of the story.

I’m not going to cover each character’s story. That will really drag this review down and make things very technical and also spoilers will be a whole lot. I think I spoilt this thing enough in part 1.

But I guess I will have to love Kareha’s route, but the best ending goes to Kaede for sure. Sia gets 2nd best route.

The character designs are great, I love them. Back in 2005, I love Sia. 2008, I love Kaede and 2018, Kareha gets my pick. She is very sidelined in the anime, I’m disappointed. I prefer the visual novel designs a whole lot more than the anime. 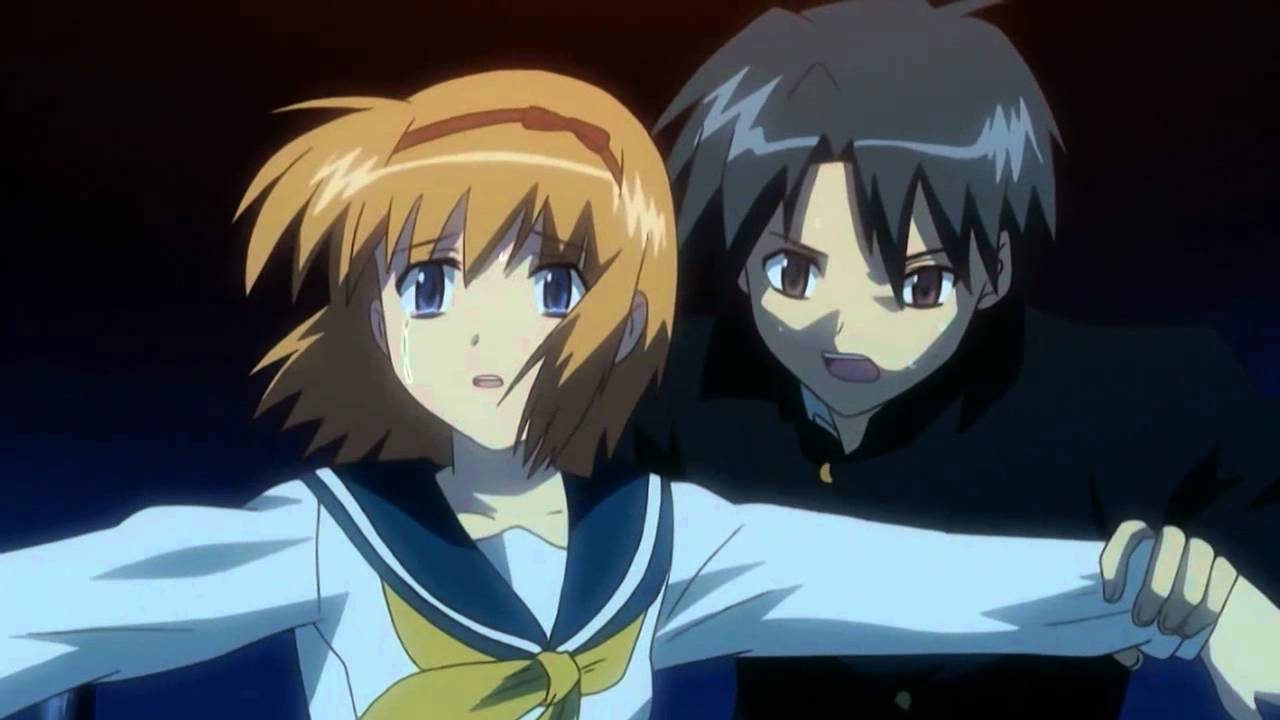 Animation by Asread. I was really wondering why they are in-charge, until the darkness starts to show in the anime and yeap, Asread needs to be here. The glaring flaw about the show is how inconsistent the character design is. It feels like sometimes I’m watching Jojo, then sometimes I feel like watching Mirai Nikki. It’s weird but maybe that’s part of adding more darkness to the tone of the story?

Animations is considered pretty okay for a 2005 show. Nothing much to nitpick. The random drop down animations of characters talking off camera is a great addition, the visual novel had that and it’s nice of them to add that into the anime too. 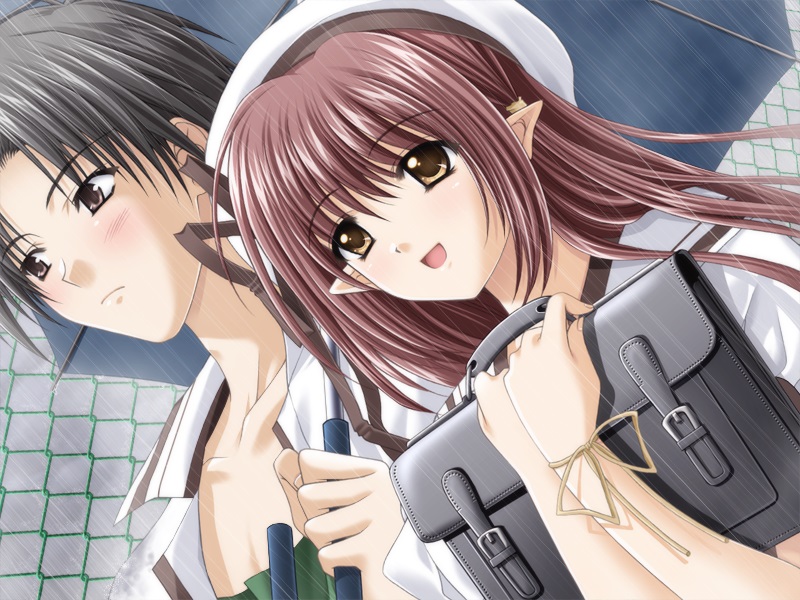 Music is pretty decent. Nice OP, great ED. BGMs follows the visual novel which was nice. I’m still rocking the OP after so many years. The character songs album is also a great listen. I really love Kaede’s song. The OST is also a great album too. 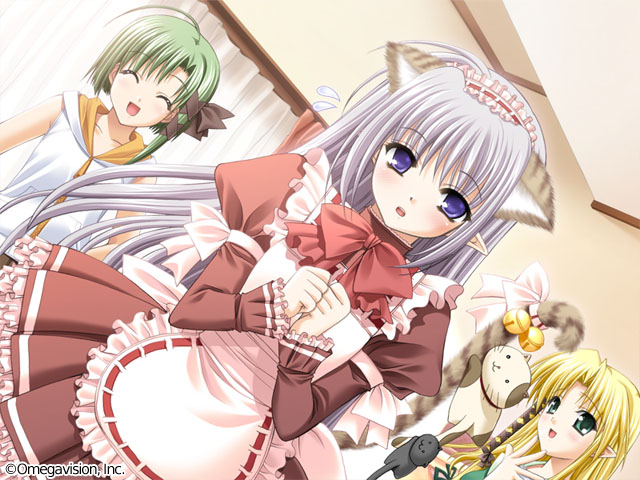 The cast list is pretty much the same for both anime and visual novel.

Sugita Tomokazu voicing the lucky guy, only in the anime.

All of them are great. There are times where I think Ito Miki is trying very hard to get into character, so it took me awhile to get used to. Aoki Sayaka’s voice for Sia is probably one of the most unique for me. Kareha’s voice is also another plus.

VAs: 8.5/10
Would I recommend this? It’s probably better for you to play the visual novel before the anime. The anime does get kind of confusing at times. The 2nd season is optional to watch.

I love this show inside out, even more with the visual novel. I should play the spinoff sequels soon.

That’s pretty much it for me for the overwritten review. I am thinking about writing a self-reflection, but that will come another day.

I have been craving old shows lately, so expect some rewatch reviews over the coming weeks.

One response to “Shuffle!: How It Managed To Stay On The Map After 13 Years (Part 2: Story)”