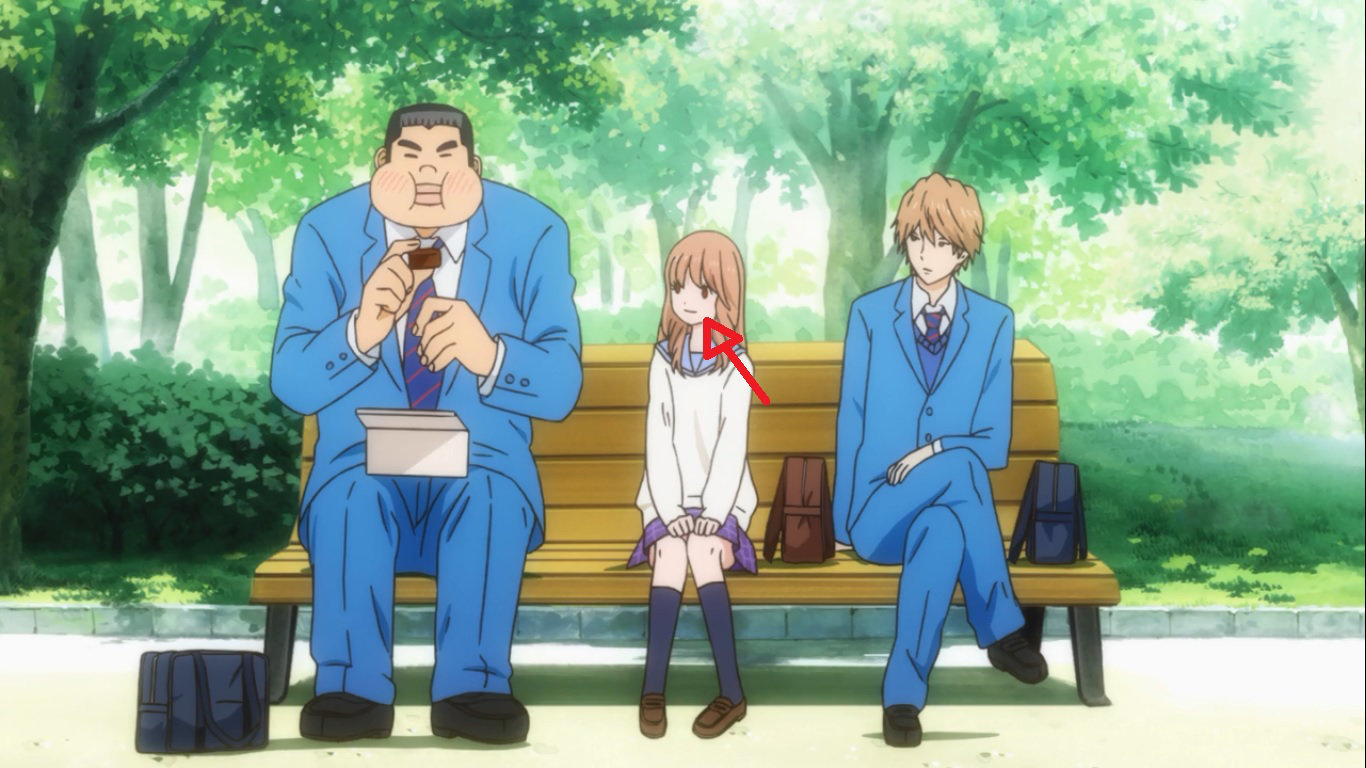 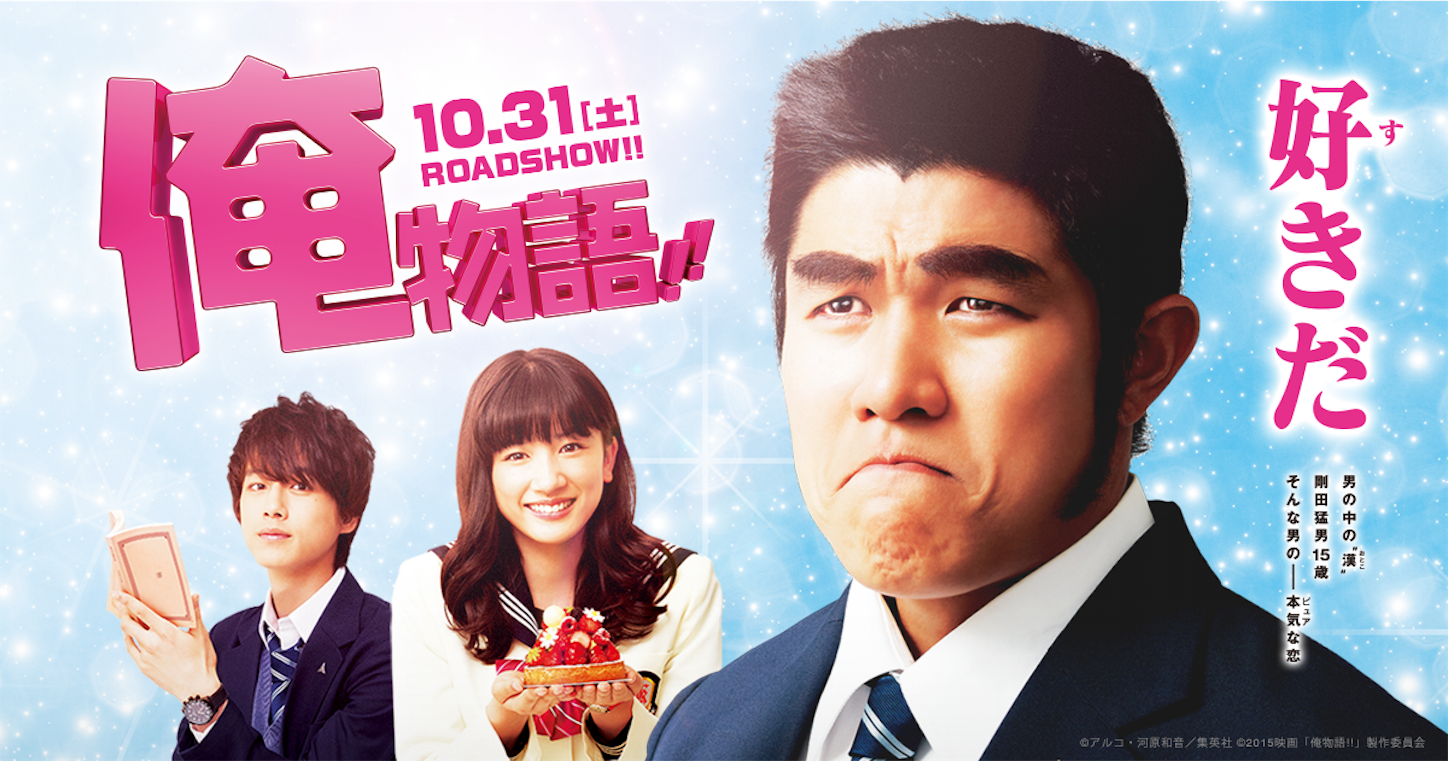 Today we touch on the most cheesiest show of all time, Ore Monogatari. I will be covering both the anime and the live action film.

Manga source material. The anime lasted for 24 eps and the movies runs for 105 mins.

The story started out with a huge gorilla, hoping to find romance.

The story is telling a pretty cute romance story that not many shows would try to do nowadays. The chemistry between the characters are pretty well orchestrated. The interactions between characters are cute and sometimes funny. Character developments are vital for this show and they did it nicely. Pacing is on the slow side, but the interactions between the 2 MCs never bore me out.

I wish is that they could bring their romance even further, the 2nd half was rather stagnant, even though there were some downs, but everything just… went back to normal? I was hoping that their relationship gets even stronger after every setback, but yeap, everything is back to normal.

Animations by Madhouse, it’s a simple looking show, so Madhouse has no excuse to screwing it up. The character designs weren’t my liking, but it’s a shoujo show so I have to get used to it. Colors are light to bring out the positive nature of the story.

Music is pretty good. I love the slow and lighthearted BGMs. OP is by Trustrick, during their golden era. ED was rather okay..

The cast list is great. Eguchi Takuya, Han Megumi, Shimazaki Nobunaga, Inoue Kikuko, Aoki Kazuyo, Genda Tessho, Namikawa Daisuke, Maeda Rena, Kayano Ai, Fukuyama Jun. The most surprising voice is Takuya voicing Gouda, most of the time the best voice for such a character is Inada Tetsu, but still, Takuya did a great job. Megumi’s voice is also another great one.

The story may be similar to the anime, but watching it feels like I’m watching something new. So for those who watched the anime and want to watch this one, you are free to do so, because the interactions and how they relay their feelings are totally different, bringing a totally different feel.

The pacing is on the slightly faster side now because of the time constraints, and because of that, I think 105 mins isn’t really enough, yet it feels like a 2hr movie. 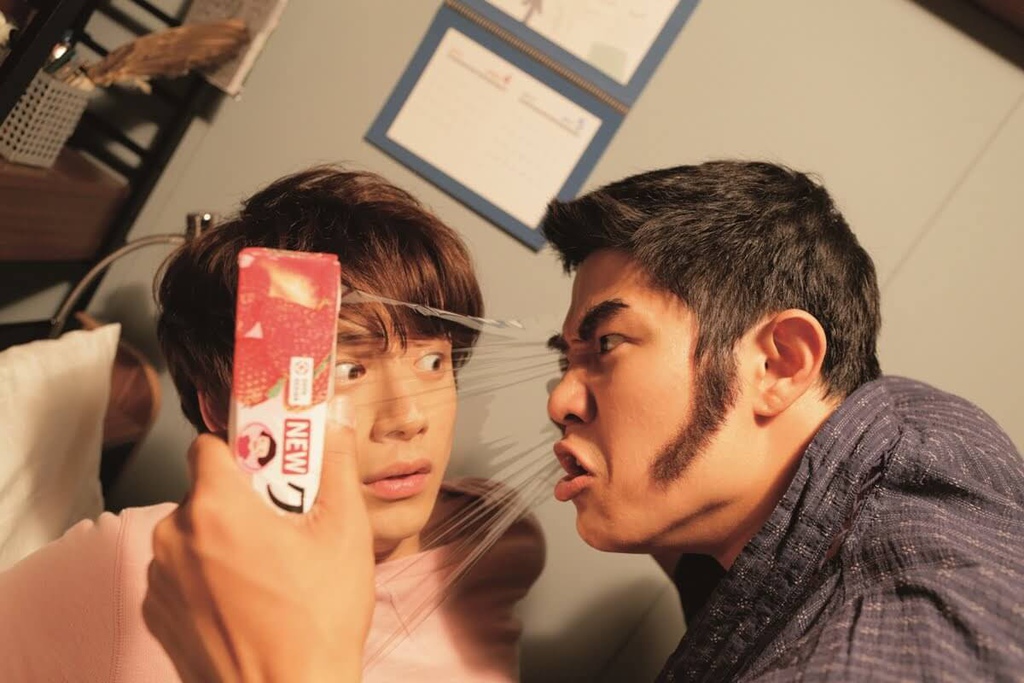 The scene that I will never forget…

There are post credit scenes, so make sure you stay till the end/or skip credits if you are watching at home.

Character portrayal here is just impeccable. Looking at Gouda alone and yeap, you know this is going to be a great movie. But the downside is that most of the resources went to making Gouda as anime-like as possible, the rest of the cast look like normal human beings. But still, great job making Gouda so similar to the one I remember from the anime.

The cast list is pretty decent. Suzuki Ryohei, Nagano Mei, Sakaguchi Kentaro, Suzuki Sawa, Terawaki Yasufumi. I really like how well Sakaguchi Kentaro really portray Makoto, you really have to give it to him. He has the cool side character feel and I’m glad they casted him. Nagano Mei’s height really bring out that height gap they had in the anime, it’s just another plus for me.

Live-action brings more to the plate, the chemistry felt more realistic, interactions felt more intimate. Story has more developments. But anime had better execution of the romance, something that the live-action lacked. Live-action was romantic, just wasn’t really enough. Anime has the advantage on this one because it has 24 eps.

Overall, both are equally as good, as long as they include that plastic wrap scene.

Highly recommended for both. I loved both sides and the live-action is probably one of the best adaptations of the current 2010s live-actions.

But if the movie had pushed the confession a little earlier and showing how they date, that would be even better.