Heyo, this one is a little overdue. I totally forgot that there is a live action and finale OVA of the show, so I’m just sitting around waiting for an S2.

But now that I know all of these shows exist, I finished them all in 2 days.

Manga sourced, completed in 8 volumes. This is the show that aired all 13eps in one go back in 2016, then the 4-ep finale OVA came 2 years later. The live action movie is from 2017 and 2hr run time.

So yeah, I’m going to review both medias and then finally a comparison. Slight spoilers will be ahead.

Totally not trying to mislead the audience.

This story is driven by comedy with a slight pinch of reality. But it was great overall. Each ep was a blast to watch and watching the entire series in one go ease a lot of the suspense at the end of each episode. But I should say the OVA was the real lifesaver. Anime’s pacing was a bit on the slow side and the OVA has way better character development. The ending was very well wrapped up on the OVA, was kind of touching, but not really causing much of an emotional wreck. Romance is only picking up at the OVA, otherwise the main series has very subtle hints.

Totally trying to smile so I can make friends.

Probably something I am not expecting at all. I was expecting a tamed slice-of-life of a guy trying to find answers to get back in life. But what we get is a bunch of goofballs making the show a lot more entertaining than you expect.

Chizuru’s smile is going to be a running gag of the show for sure. The rest of the characters were equally lovable, so just sit back and enjoy the characters. 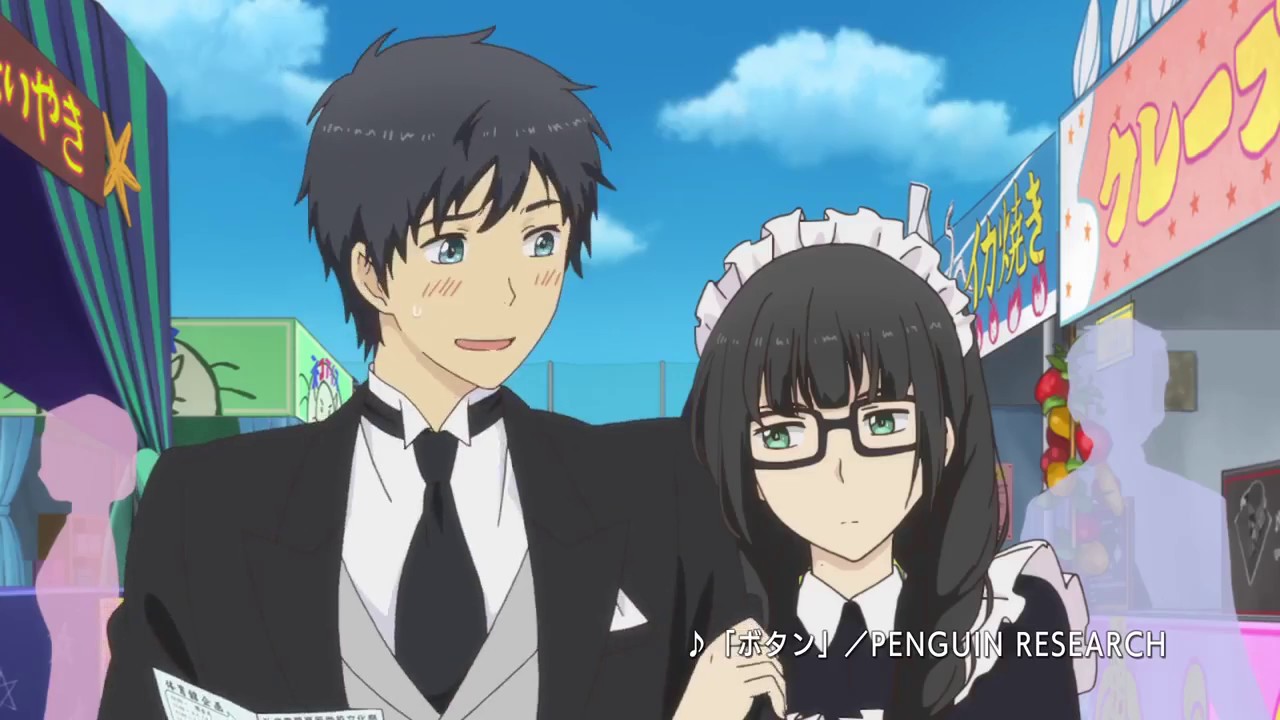 Let’s go on a date

TMS is in charge, and the cost cutting measures is EXTREME. Background characters is colored blue or pink, showing the gender. Character designs were very accurate to the manga. Colors is rather vivid and I don’t think I can nitpick much anymore, besides the blatant cost cutting.

Totally not a perv.

The music is rather… normal? But the old school EDs were a great play, reminds me of the good times. BGMs were decent.

So many wonderful girls… I love this list. Good chemistry from the cast, making the show very easy to watch and listen.

Now… we go to live action side of the series. 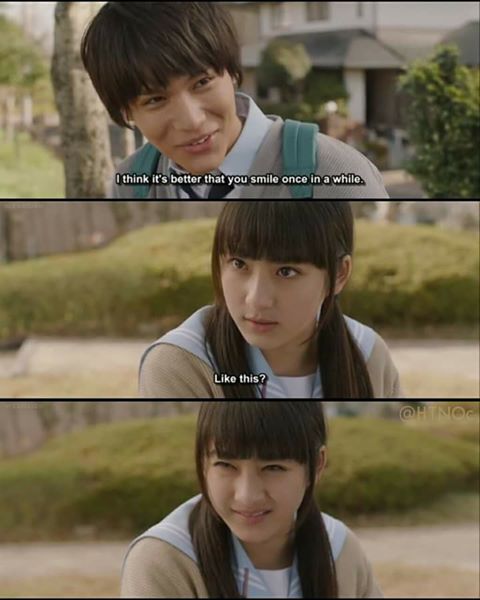 The story is pretty much a scaled down version of the anime, but with some minor plot changes. The plot changes weren’t very drastic that changed the course of the movie, but necessary changes. Pacing is rather fast, even for a 2 hour movie, but the story was rather packed and condensed that it felt longer than 2 hours. Comedy is pretty tamed, but the realism is added a bunch. I feel like the realism behind the story they are telling is more… impactful? In a sense. Romance has way more depth than the anime. Character development is pretty deep for its limited amount of time it had. Ending did end nicely, despite it being rather predictable. Overall, it’s a great movie, I love it.

They tried to make them look similar as possible, the uniforms, hair color, hair style. I liked it.

Personality wise… I will talk about it during the comparison at the end.

I stare at you… You stare at me…

The OP is great, I guess it’s better than the anime. BGMs were okay. I guess the movie has better soundtrack, but anime used the classic 90s… I don’t know.

Taira Yuna is a bit too youngo I guess, she may fit the high school setting, but when she portrays Chizuru’s original age, she is actually trying quite hard to act like a working lady.
Taishi is a perfect representation of a genderfluid actor. He is extremely suitable to be 27 and 17 at the same time.
Chiba Yudai looks so lovable with his portayal of Ryo.
Okazaki Sae has immediately become the best megane girl for me.
Ikeda Elaiza is also a great girl to portray a tsundere character.
Got to love the versatility of the actors and actresses, their chemistry is just wonderful.

And now, to the comparison.

I wish my high school life was like this…

Plot lines are definitely a lot different, but if I were to list it, this post will never end, and besides, I’m trying to minimize the spoilers too so we will just move on to the characters instead. 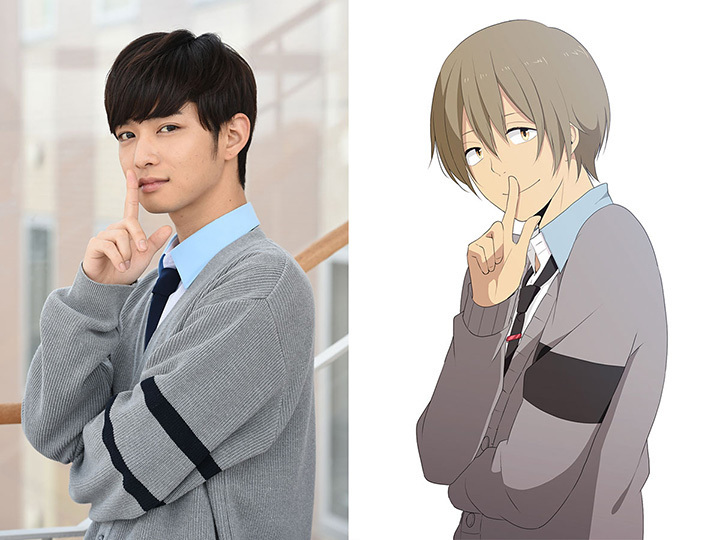 Ryo in the anime is very tamed… but Ryo in the live action is way more bubbly and cheerful, making himself look extremely lovable.

The biggest change in the movie. Onoya An in the movie has no involvement of ReLIFE Labs whatsoever, so she’s just a normal student in the movie. And also, instant love for that megane + braid combo. The way she speaks is also different from the anime. She takes best girl for me instantly. 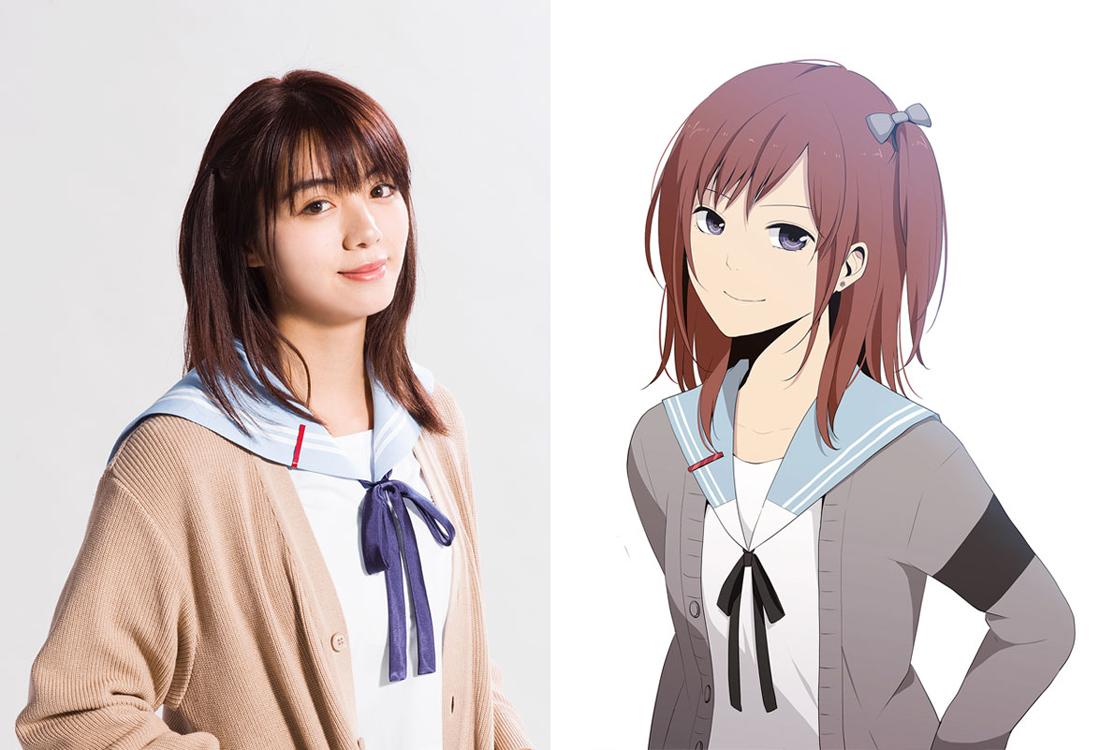 The tsun in the movie is EXTREMELY tamed, unlike in the anime, but I still loved how Elaiza manages to keep me on my seat and make her 2nd place behind Sae portraying An.

Highly recommended to watch, I would say. Better to watch the anime first to get a better understanding of the context. Live action can come later.
Well, for those who are still waiting for that Spring wrap-up, it will come this weekend. Franxx is not even done yet so I can’t really write a wrap-up post just yet,

One response to “Restart, Reboot, ReLIFE”