Hello, it’s been awhile since I last did a game review. I played this game and it took me 2 weeks to play, due to my tight schedules. But eventually I finished it. I streamed it as well, so check out my Twitch as well.

This game is a prequel/spinoff of Tales of Zestiria, I completed the game, but not the anime, so I will put that review a little later. 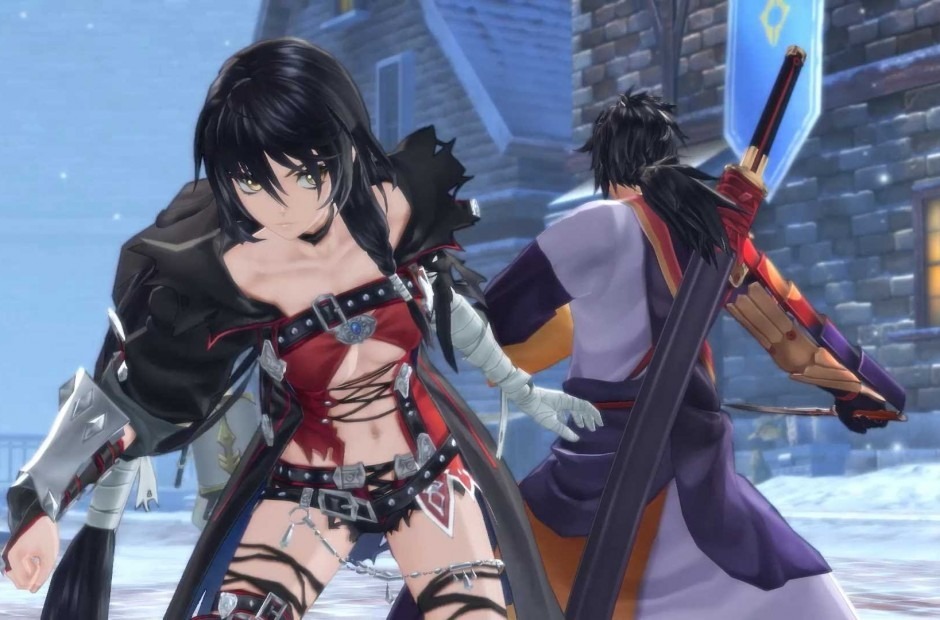 Storyline is definitely better than Zestiria, but it does feel a bit rushed, with only 2 years in development, it’s actually pretty short. Depth is affected, backstory isn’t as deep as I expected. The intro was great though, I like how the lighthearted feel from Zestiria can literally transform into a world of absolute despair. Character developments may be affected by the lack of depth, but it still had rather decent development. Interactions and chemistry between the characters also improve over time, all the way to the climax. The pacing is like a runner. It’s fast and action-packed in the beginning, then slowly and eventually, slowed down very dramatically. I also find myself getting lost in their rather massive open-world maps. I may be an idiot in navigating in-game, but this is probably the worst I felt, I was so close to reading up walkthroughs.

Ending felt rather… open? I understand they have to keep it open for the sake of Zestiria, but Velvet not having a proper closure? That made me felt kind of sad and disappointed.

Gameplay wise, the combat mechanics is pretty much like Zestiria, just a little enhanced to increase difficulty. You have to keep track on the energy levels during attacks so you cannot spam attacks too much.

I really have to love this title screen. I’m always excited to play when I see this.  The footstep noises while she walks also made this game felt even better.

This title screen is a radical change from their usual formula, they went from Star Ocean-type menus to Final Fantasy-esque ones.

There are a decent amount of 2D cutscenes like Zestiria, which I’m not a fan of, as it kinds of disrupt the momentum for me. But putting the budget and game file size in consideration, it’s probably the only logical reason. It’s already 13GB which is kind of large for a JRPG.

The file size also want me to raise another point, the graphics.

This game was built with the PS3 in mind, so the graphic assets are heavily limited. This port is better than Zestiria, in terms of problems, but optimizations is pretty weird.

Even though this game is meant for 30fps gameplay, PC has a 60fps option, but weirdly, the game became intensively CPU resources hungry. The game will slow down following the FPS, which is quite a turn off.

As this game is built for the last gen consoles, graphically, this game didn’t see an improvement at all from Zestiria, they looked like running on the same engine, the same setting.

Rendering distance is also another flaw, even with max settings, pop ins are very prominent and the rendering distance isn’t far at all. I would say they could have abandoned support for PS3, as this game deserves better graphics. The movements and interactions of the character models does give off a last gen feel, but enhanced to make them look more better. Overall, it looked rather disappointing, especially a game for 2017.

Character designs are great, I like how Velvet looked. This game also had cosmetic items so you can customize the characters on how they look. Eleanor is probably the only twin tail girl I liked so far. But due to the graphic limitations, the characters didn’t look out the way I wanted to.

Music is great. I really loved the OST to bits, I would loop it all at night when I try to sleep. It’s very soothing.

Highly recommended if you play Zestiria, especially if you find Zestiria great, this game will change your mind.

Putting aside the graphics and optimizations, it’s actually a decent game even though it took them only 2 years to develop. It does feel like a rushed game, but quality didn’t really take a toll.

I will be playing Tales of Symphonia next and I will be streaming it in the weekdays, so check out my Twitch if you can!

2 responses to “When Despair and Malevolence Takes A Twist: Tales of Berseria”