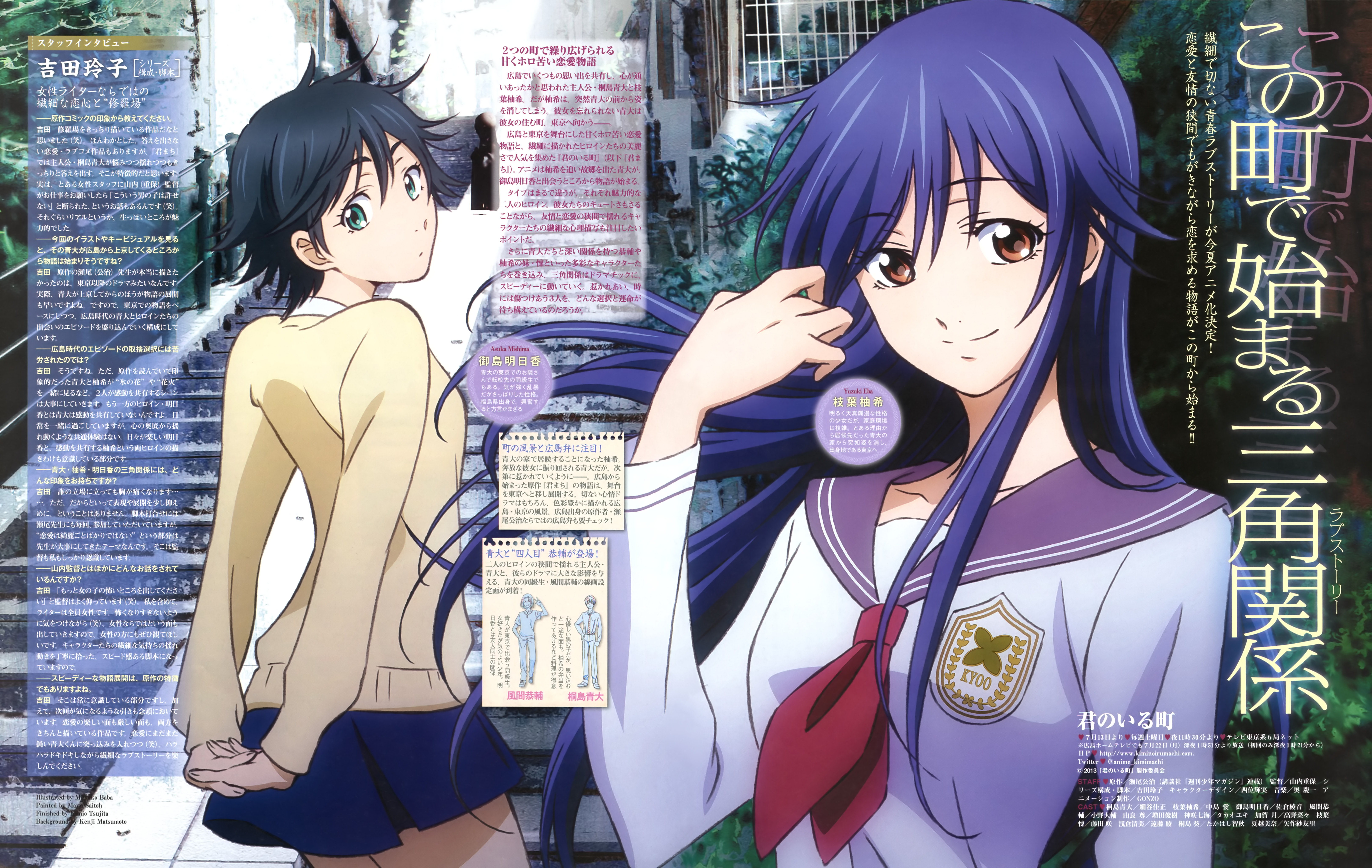 Hello all. Looks like its a Seo Kouji week with my reviews.

I will be covering the mangas, first OVA and finally the anime.

So let’s start things off with the manga.

The complete package of course is the source material.

The story started off extremely well. Like, really, I honestly thought it could supercede Suzuka for like 100+ chapters. The story moves on a decent pace, romance is rather thick as usual. There are moments when I’m genuinely touched by the romance it was trying to bring, and brought a few tears in my eye… Things go downhill at a slow pace after they eventually went into long distance relationship mode, but also eventually a breakup.

But after Haruto moved to Tokyo, story starts to go downhill. Just when I thought his dedication of pursuing Yuzuki was still there, he decides to move on and date another girl instead. Kind of supported the shipping as the girl was in some points better than Yuzuki.

Yuzuki did not fulfill her part into dedicating herself in her relationship with Haruto, and pity dated a guy just because he was dying. To be honest, I kind of disapprove the rationale to her dating Kyousuke, that’s just pity dating, because she didn’t even love him truly.

Moving back to the Asuka, Haruto pairing, lasted for over 40-50 chapters before breaking up again, because Haruto’s heart is still all over Yuzuki, which I can kind of understand.

The university arc is just a disaster, that’s when things pretty much go downhill. Everyone has moved on with their lives, so they were removed from the plot abruptly. But also I can tell that Seo-sensei is running out of ideas and the plot twist attempts were pretty bad. The story starts to drag unnecessary at this point.

The job hunting arc was slightly better after they got together and went into another state of long distance relationship. But this time they became committed to it. He could have dedicated a chapter for a proper ending, but he just rushed it.

Overall, an overhyped manga with such a great start can crash land at the 2nd half. But I would still read all 257 chapters again, because this manga was an inspiration after all, into writing romance stories.

Artwork is decent, but it really shows the evolution of Seo’s designs throughout. At first it does look like a literally copy and paste from Suzuka, but enhancements were made and it starts to differentiate. Attention to detail is kind of amazing, compared to Suzuka.

Favourite girl has to be Nanami, because she gave me repercussions of Suzuka but also her personality made her one of the frustrating girl I have ever seen in manga yet.

This one covers the field trip to Tokyo arc. I kind of love it? I like its accuracy and dedication to the source, but I don’t like how they tried to contain so much content into just 2 eps.

Animations by Tatsunoko Pro. Character designs were not great, quality isn’t exactly nice and its only on DVD, making it look rather low quality.

Music is rather bland. Not surprised.

VAs will be elaborated later.

Overall, low budget production, not really worth the time.

This one just skips everything in the beginning and just straight to Haruto moving to Tokyo arc, which I personally think is a bad idea. This way they only limit the audience to those who read the manga, and they didn’t adapt the way better beginning arcs. Very disappointed of their choice of arc adaptation.

The dedication towards the source material is great, probably the only show I liked from Gonzo for awhile, besides Rosario. Story runs incredibly bland, surprisingly. In manga, this arc was “more alive” and I’m surprised that the anime, with such an advantage in terms of storytelling, can adapt a story into such flatline and pacing. It literally became a melodrama. Not much of a climax and also the ending is inconclusive… A flop? I think so. OVAs was another 2 eps, but brought nothing much to the plate. Overall, the story is botched, the pacing is extremely slow for 12 eps but this show had one redeeming factor, it was…

…its art and animation. Gonzo did an incredible job with the character designs. Its accuracy, its attention to detail, the colors were incredibly vivid. I highly recommend checking out the BDs, with 10bit color depth, it looks absolutely amazing.

Music was… erm… slow? I guess most of the budget went to the animations, sacrificing the story and music.

Disappointed that Hayami Saori in the first OVA was replaced for Kanzaki’s role, because she was way better… But at least Saori voiced the first OVA, where she was a key character.

Yoshimasa is kind of struggling to get into character, Haruto’s voice is WAYYY too mature and deep for his personality… Maybe Kamiya Hiroshi would have been a slightly better choice…

Endo Aya’s voice is always welcomed for a mature role other than a mother… She gets into character quickly and it fits so nicely.

I would say… read the manga, until the Kazama dies, then move on to watch the OVAs and anime, then go back to the manga again. But overall, it’s kind of recommended if you are looking for no bullshit pure romance story dragger.