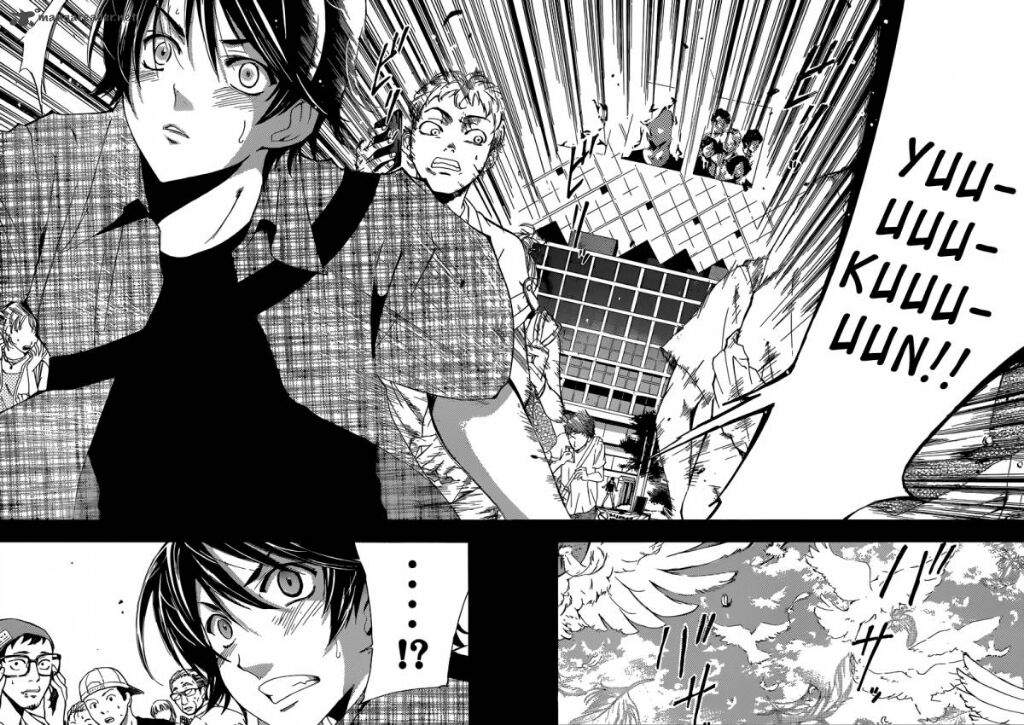 So, finally Fuuka’s manga ended. Let’s get this show on the road.

Story is ok? I really don’t know how to judge properly, since Kimi no Iru Machi has the same issue too. 1st half of the manga was actually entertaining me, until when the famed plot twist happened. The plot twist seems like an all-out tactic to get either more readers, or he’s trying to entertain his readers. I used to approve the plot twist, but slowly over the years, I find it kind of stupid.

Since the story is unstable, I will split the story judgement phase into parts. 1st half when the first Fuuka was still around. It was actually going off with a pretty great start. Story gives off a pretty sweet pinch of romance that Seo-sensei always had. Until the famous chapter 36 came, story took a serious turn.

2nd part is after the first Fuuka is gone. Story turned pretty depressesing, defying it’s genre plot and became pretty damn stale, the next 20-30 chapters is like soul searching session for Yuu, skipping it is fine.

3rd part is the 2nd Fuuka’s appearance, the famed “Hottest girl ever drawn by Seo-sensei.” I think she’s a great addition, but not a great replacement to the original Fuuka. Romance here is pretty low because they are kind of friendzoning each other and looking at one another like siblings, story does start picking up with minor hints of romance here and there.

4th and final, is after they eventually materialise feelings for one another and decided to go for it. Romance is as great as Yuu with the original Fuuka, but it was decent enough to feel the sweetness. But at this point the story was too centered on to the musical story line that romance is actually like 3rd or 4th in the list of priorities, which I honestly don’t like.

Ending was a mess, inconclusive and raises wayyy too many questions. Now Seo-sensei announced he will do a new work in June I believe? So hopefully it’s a sequel for this because that ending was so bad.

Overall, Seo’s story telling skills is turning pretty bad as soon as he diverts out of the romance realm for this manga, he could have keep his romantic style on the story, because even though Kimi no Iru Machi was bad, but kind of saved because of the amount of soul he invested on the romance. Pacing has been as issue since Kimi no Iru Machi, and it’s an issue here too.

Artstyle is pretty much the same. I think it’s fine, luckily he didn’t risk it to do any enhancements to the designs. Character designs were great, and his attention to detail to the background art has improved by quite a lot.

Recommended? Not really, especially to those who read the prequel mangas. If you want romance, Suzuka is still the safest bet out of the 3 main mangas. But the musical theme does feel pretty fresh, just poorly executed on Seo’s part.

I will be writing quite a few of his manga for reviews this week so stay tuned.

One response to “Third Time’s the Charm?: Fuuka (Manga)”