Show is great, visually. Story needs more polish. 5eps then a recap? It just shows how much source material they intend to cover, if they going to do this, they will be doing this for future arcs too. If they don’t have enough source material, why risk the show to such an extent that you have to expend episodes by adding recaps, no one will blame the show if they do 1 cour. Can’t wait to see how many mistakes they gonna commit down the road. But this week’s climax ep was pretty underwhelming, but its the first arc, so I give it benefit of the doubt. Now we wait for 2 weeks.

Pretty much waiting for Sakura to finish collecting the cards before the actual actions starts. Clamp’s stories are all about buildups and then throw a whole load at you during climaxes. Patience is heavily tested in the show and I’m willing to be patient.

After that stupid “fanservice” mess, what’s new? Nothing much, was expecting for developments but the story so far has been pretty normal, and I’m not sure if I’m in an arc or not. But I’m willing to keep watching since Tomatsu Haruka is pretty much the MVP of the show.

Hmm… Not sure how to feel the show at the moment. Story is ok, combat scenes needs more work, because I know Shaft can do a better job than this. Pacing is a bit on the slow side. Umu counter on my subtitles are great, not dropping, because we are moving on to the next Hero now.

I still cannot feel Rie voicing Takagi. She’s sounds too “hime” to voice a fun character like Takagi. At times it’s very hard to feel the chemistry between her and Yuki and it’s just pure awkward. Voices aside, the story is great, I love the tips and tricks of teasing people.

With the confession last week, this week is kinda awkward for the 2 MCs. Storyline is great, doing a great job of convincing me to ship the two of them despite the massive age gap. 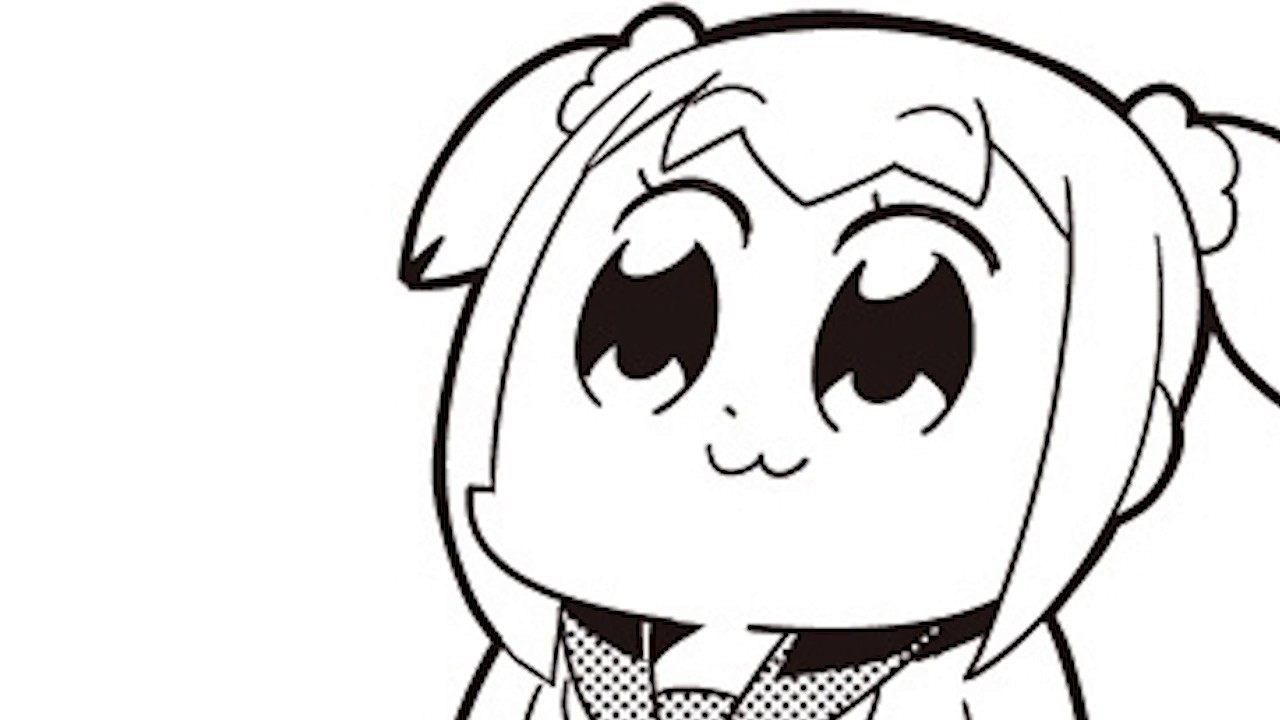 This week’s female pair is the weakest out of all the eps so far. Nazuka Kaori seems to be sticking to her feminine voice on for Pipimi, which sounded rather weird at times. But just when you think that she can do a better job voicing Popuko, here comes Sanpei Yuko and then she does a whole lot better job than Kaori. I love Kaori’s voice but I’m just disappointed with her versatility in her voice in the show, because there are some scenes that her feminine voice isn’t suited at that situation. The pair’s chemistry is pretty weird. But the male voices saved the day with Yuki not using his typical voice for most of his shows, Shimono Hiro too. They both sounded so similar that I messed up with the characters. Meme wise, it’s pretty spicy.

Still slow. But it’s great in its own way. Liking Ito Ayasa more and more in every episode.

Voices again, not feeling Ayana with her gyaru role. Her voice is way too strong for such a role. She can at least tone down on the coarse voice and voice slightly sweeter, then it will hit the spot. Story has better pretty ok, people dropping the show everywhere and I don’t see what’s wrong with the show. The yuri is starting to become more and more obvious and this is good.

Well, this week made many washboard lovers glance twice, which means the propaganda is working. To be honest, I watch this show to understand alcohol better and I will try to make the drinks they presented when I have the stuff.

“An Episode Without Cattleya is a Shit Episode.” still remains are my top quote of the show.

But story wise has been developing nicely without dragging the pacing down and they try to cram an arc in 1 episode, making episodic but for the sake of not keeping the pace down is fine. Can’t wait for more. 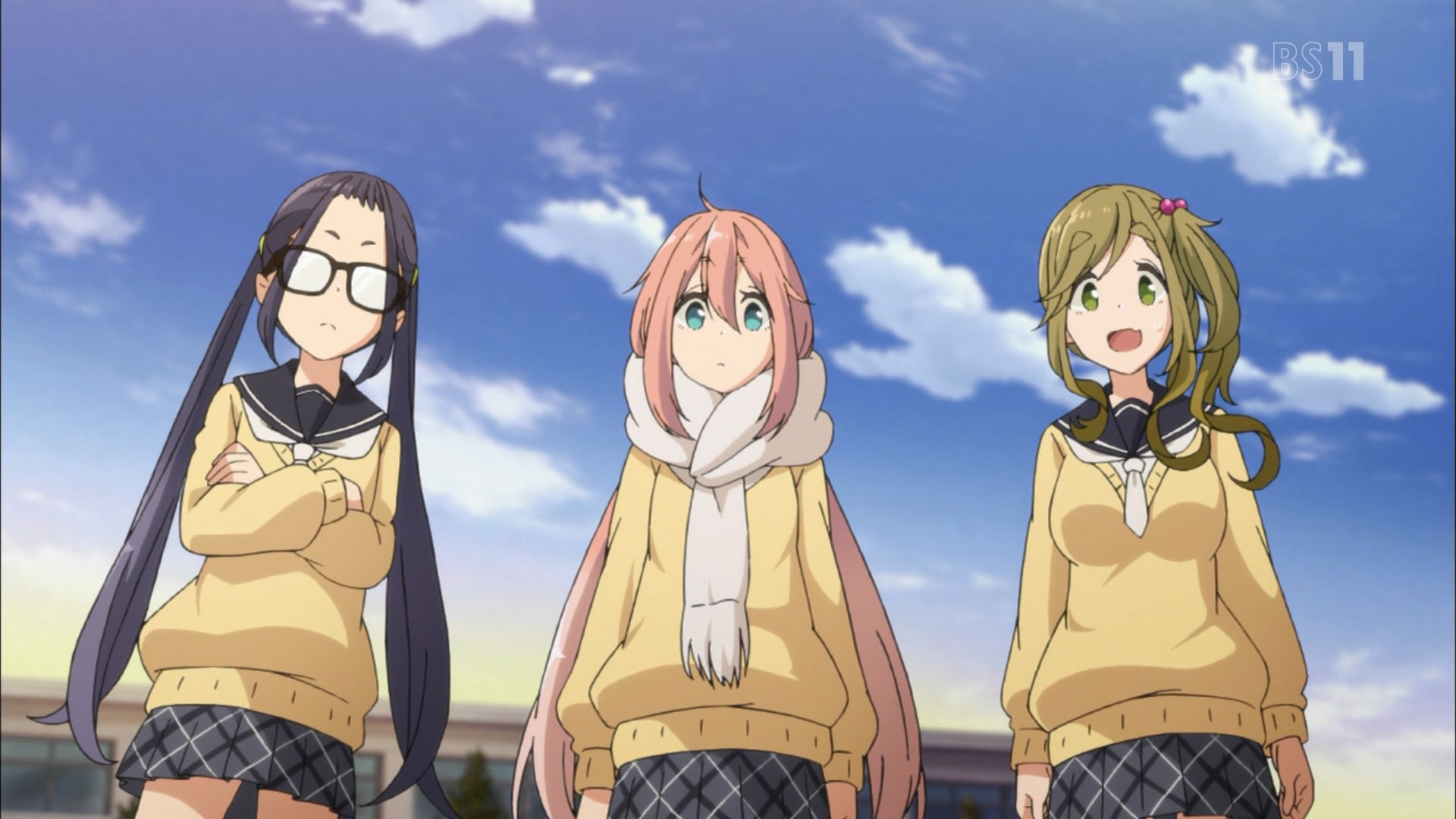 Very laidback, but story is sweet and I love it.

Well, thats wrap up the weekly stuff. Now to the verdict.

I dropped Death March for a number of reasons.

Firstly, Horie Shun’s voice is getting more and more irritating each episode. He is voicing an adult programmer with a high school voice, seriously? Doing a cool scene with that wimpy voice is just a straight-up no, even Kaji Yuki knows how to use his voice correctly, which is why I don’t find him irritating back in 2014.

Secondly, Rie in this show again, but she’s sounds ok. She’s in nearly EVERY show this season and this is displeasing. I don’t hate her, but her voice isn’t something I want to hear everyday, and she uses pretty much the same voice for every show to the point that its getting extremely dull.

Thirdly, the show’s premises is a mess. Are you going down the harem route, or the “I want to find a way out” route? So far it’s hinting the former but I am not sure.

Finally, pacing is incredibly unstable. Sometimes we get extremely fast pace combat phases then when we go laid back, it becomes INCREDIBLY SLOW and stale.

So many problems I have to drop it, I cannot watch this every week.

My pick of the season will not be Cardcaptor Sakura, because it’s under the “nostalgia” category so it will automatically giving it first place, so I’m picking something else.

Not Pop Team Epic, because its a meme show, we put that under the “entertainment” section.

I would put Koi wa Ameagari as my pick, I have a weak spot for romance and this one is something else, unique pairing with great casting.

My one and only gripe this season is the choice of voice actors. There is a lot of fatal flaws in many shows this season. Rie is in too many shows, Horie Shun voices a mature character with a voice of a 16 year old, Ayana voicing a gyaru with an overpowerful voice. It sometimes throws me off, especially Takagi, where the chemistry is near non-existent when that show relies a lot on MC chemistry. I really wish next season would not be like this.

Its ok to promote new voice actors, but overpromoting is just bad. Everything must be in moderation. Rie isn’t exactly new but she is getting all the spotlight when versatility-wise, her other 2 members of Earphones has proved that they are way better than her.

Well, this wraps up the weekly stuff, this season could have been a great season if the producers and directors can pay more attention during voice auditions.

What are your thoughts of this season? What do you want to point out about my reviews? Just comment down below!

My next post will be after Chinese New Year. The reason of lack of posts for the past 2 weeks is because I was busy prepping for Chinese New Year, and I’m behind schedule with irl stuff. Managed to clear the backlogs with the blogging side, so now I can concentrate on the irl stuff. So yeah, see you all next week!

And to all Asians who celebrate CNY, Happy Lunar/Chinese New Year!