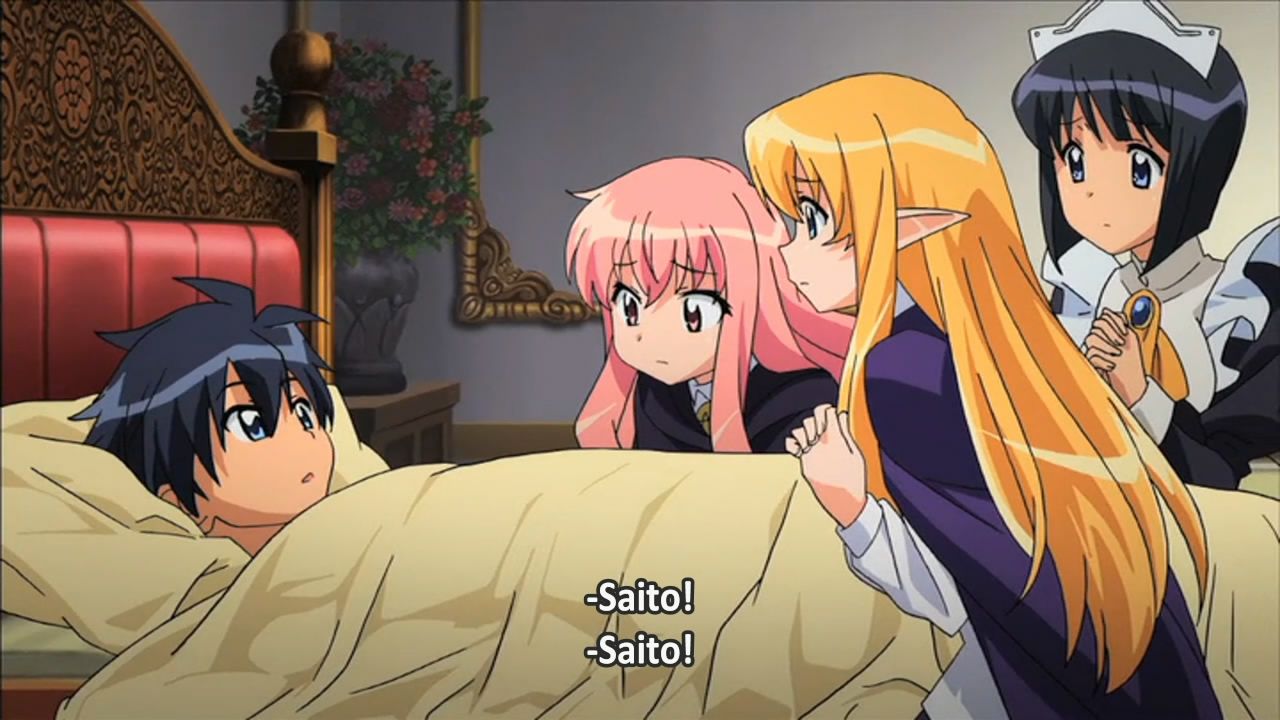 Light novel origin. S2 of the Zero no Tsukaima. The anime ran for 12 eps this time.

Direct sequel to S1. The storyline doesn’t improve. New characters but this time the new characters gave me an impression. Sometimes they are better than Louise herself. All the major flaws were literally carried over with no signs of them even trying to improve. Even though they are not doing side-by-side with Shana this time, but I think they realize that Shana deserves more investment, at this point. With more characters, doesn’t mean better character development, it’s still pretty bad. Plot twist is attempted, it was unexpected but not really impactful. The harem keeps growing, but it’s not entertaining at all. Ending is insignificant as more seasons to come. Overall, this is another bad season, if not, slightly better, the new characters did salvage some stuff.

Animations are still J.C.Staff and the 2000-era look is still around. Literally the same.

Music is slightly better, but had the same flaws. OP felt good for awhile and then deep dives towards being stale. ED was better. BGMs are the same.

VAs are carried over from the first season, but with new characters means more people in tha cast. Yamakawa Kotomi, Inoue Kikuko and Noto Mamiko. Not surprised that Noto Mamiko that entered the show.

Never recommended. Unless you watched the first season, just do it, for the sake of it.