Why? STAR OCEAN 4 IS BACK AFTER 8 YEARS.

Originally an Xbox 360 launch exclusive back in 2009, but was eventually released on the PS3 a year later.

Why they picked the 360 over the PS3 back then? The developers claimed that the Xbox had better hardware than the PS3, so they chose to develop it over there instead.

This series pretty much got long forgotten due to the fact that SO5 was a flop and it took them 8 years for them to release a sequel to 4. Another thing is they are concentrating their efforts onto Final Fantasy.

This remaster comes to a surprise for me, because I thought this series was a lost cause due to the lackluster responses for SO5.

I bought the game, clocked a couple of hours on it. Let’s compare the differences between 8 years ago and now. 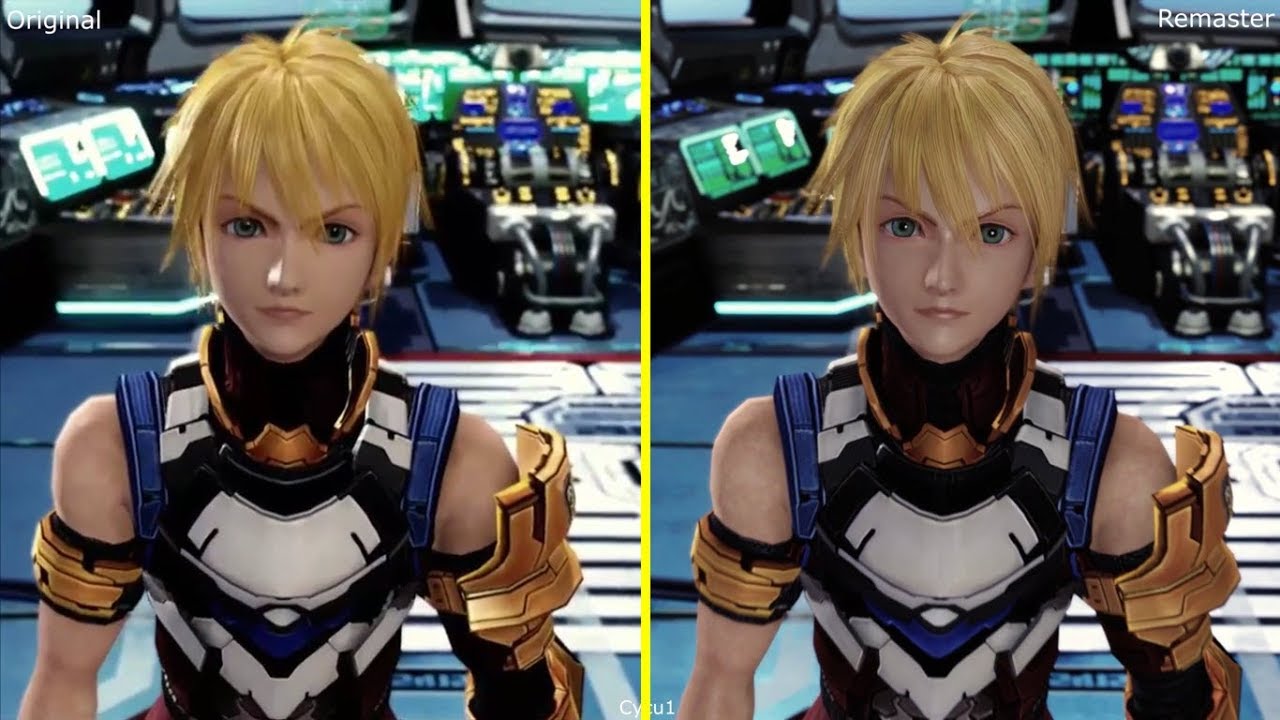 Well, this is main point of the remaster. People are calling this just a resolution bump, but there is more to that.

The remaster has improved shadows, increased shadow resolution, increased texture resolution, increased draw distance, FXAA, Anistropic Filtering, and more dynamic lighting and reflections. Color gamut has also increased. Hair were better rendered and face looks more reflective. They maintained the character design, which is fine. It feels like they used the same engine as before but improved it and then pushing it to its limit as the differences felt really subtle and rather redundant to use DX11. And not to mention, it has 1080p to 4k support compared to the old one running on 480p-720p. This game was meant for the PS4 Pro in mind so thats why they added 4k support.

PS4 users get to change graphic settings too. So far, people are saying that if you want 60fps on 4K with your PS4 Pro, you will have to make do with medium settings, which in my opinion doesn’t look much different even with max settings.

All these combined, performance were not affected people running as low as 940MX can run the game at 720p at 60fps. Its very well-optimized, but it lacks in a proper fullscreen option as it runs on borderless windows, which means your GPU cannot run the game at its full potential.

This game is really rebuilt from the ground up as the cut scenes were all redone too.

If I can recall correctly, it sounds the same. The settings included a “surround” setting. But there is this weird bug when you try to put your device audio sampling rate higher than 48000hz, the game will fail to launch, which kind of impeded the sound from being any better than the old one. If they fix this bug, it will probably sound a lot better, especially with the surround sound option. Voice casts were all retained.

The most comprehensive part of the remaster will be the graphics department.

Why I play this game? Well, I did approach this game back in 2009 when it was an Xbox exclusive, played a few hours on it, I was immediately charmed and pulled in by the game. Reimi totally brought me into a whole new level of waifu list. I don’t have a console back then, so the game pretty much became a relic for me because there were no plans for a PC port.

When they finally announced this game, I was so stoked. I bought it immediately on the day it unlocks.

At a price point of 20bucks for a remaster this comprehensive, and the over 100 hours game length, is definitely worth the money.

Its available on Steam and PS Store. Its a digital-only release. Currently its on 10% 2 weeks launch offer so get it before it goes back to its original price!

If you want to see me play Star Ocean 4, I will be dedicating my streaming hours into trying to complete this game at some point so go to my Twitch and check me out! Follow me there if you haven’t yet and turn on notifications.

2 responses to “Star Ocean: The Last Hope Remastered: What to expect?”