Hey all. This will be a pretty long post.

More Negima posts later. Should I combine the OVAs into 1 post or no? If no I will do 2 OVAs at a time.

Some of you voted for it, so I have to combined everything in 1 post.

I combined the two together because they are pretty much the same. Both are 1 eps each.

The 2 OVAs pretty much picks some of the entertaining fan service chapters of the manga. With Onuma Shin assisting Akiyuki, he ensured Akiyuki don’t screw up like he did on the remake. The story is pretty lighthearted, just nice for the future OVAs, as they get intense, probably an appetizer before main course. Both OVAs did a lot of character development, which was nice, as it lacked a bit on the original series. Ending is pretty much “To Be Continued”. Not surprised.

Animations by Shaft. They did incredibly minimal signature animation sequences on both OVAs. Character designs is excellent. They are moving closer towards the mangas. This is great.

Music is great on both eps. BGMs were nice. OPs and EDs were pretty nice too. It’s nice to see them still composing music for each individual OVA.

VAs are still the same as the 2006 remake. I made my comments last post.

Moving on to the better ones.

This OVA is 3 eps long. Starting from the end of one of my favorite arcs, Chao Lingshen arc. Which I think was a bad move to add it at all because this arc has a lot of details and excitement and they decided to remove them all and to tease me with just the final battle.

The story is pretty much the same as the manga. They picked the pretty lighthearted chapters to animate which is quite disappointing. The pacing is slightly slow as they can adapt more chapters into 3 eps. Nothing much to say, they could have adapted better chapters.

Animations by Shaft and Studio Pastoral. Character designs are amazing. They went back to the drawing board and uses Akamatsu Ken’s designs instead. This is probably the only anime I watched where manga designs get animated. Combat scenes are amazing too. They downplayed their signature animation sequences so much that it doesn’t feel Shaft anymore, which can be pretty nice. Colors are nicely rendered too. Asuna’s heterochromia is back but not so obvious.

Music are great. OPs, EDs, BGMs were just wonderful. They composed music for this OVA yet again.

VAs are still the same. 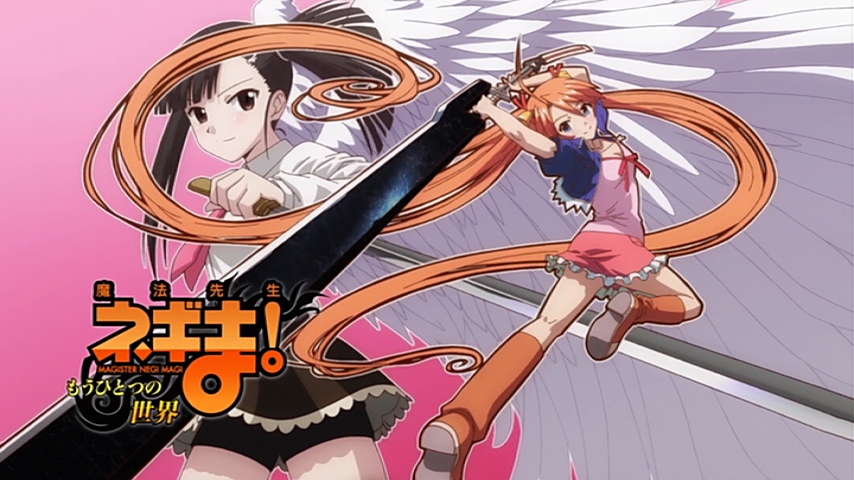 And finally, the last segment. The last OVA series.

This one continues whereever the last OVA left off. Adapting chapters from the manga itself. But they adapted so little content that it felt like a cocktease. The pacing is so slow, that they could have covered more chapters. 5 eps covering only the starting of the magical world is just… ugh. People who watch this are probably manga readers so that can actually cut some introduction content to jump in straight into the action.

Animations by Shaft and Studio Pastoral again. Same as before. Still extremely impressed. The disappointing thing is the OP gives out spoilers on scenes that they DON’T intend to adapt, the most irritating thing ever. They did put more of their signature sequences, but they did not over do it. They managed to blend in the sequences seamlessly unlike what happened

Music is excellent, probably one of THE best in the series so far. OPs and EDs were nice.

VAs got a final revision. Asumi Kana replaces Tanaka Hazuki on the 4th ep of the OVA onwards, including future media. I don’t mind really, since Hazuki had to move on for studies and marriage. Kana managed to voice Kuu Fei pretty much the same as how Hazuki did, so it’s not bad.

Just watch them, like seriously. Akiyuki Shinbo may have made the series lost credibility on making a good anime, but the OVAs pretty much restored my confidence.

You think it’s over? NO. I have a lot of ideas for writing posts about this show, so expect a couple more in the next few days.