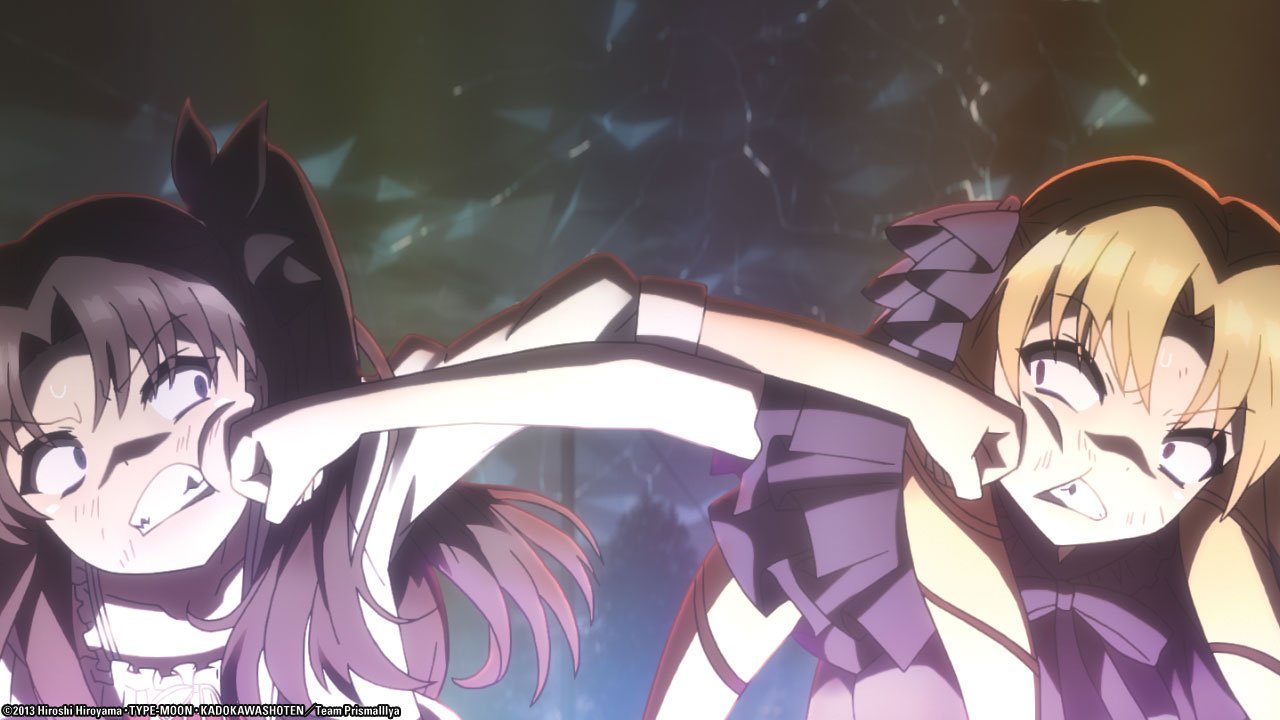 Well, the rivalry is kind of one of the reasons why I don’t want the series to end.

DAY 5, THE FINAL DAY. YES, FINALLY, I CAN STOP WRITING.

So today, we discuss about the future of the Illya universe where Chloe is an absolute god. Shit, I’m derailing the topic already.

So, what do we know about future content so far?

The movie just finished showing in Japan, a 3rei second season is announced with no release deadline set yet. I kind of hope they name it 3rei Herz, like 2wei Herz, but who knows.

Since the 3rei manga is still ongoing, this will probably just adapt the middle of it. The way the manga is going is so lengthy that Silver Link not be able to completely cover the series in 2 seasons.

What I expect in the future?

Well, they have 2 options:

Because judging from the manga right now, its not going to end anytime soon. Manga pacing has been pretty slow, judging from its monthly serialization and only 18 pages per chapter. Which is why Illya and 2wei and/or Herz only has 10 eps, apparent from how little the source materal has. 3rei chapters has been condensed yet slow, so 12 eps and a movie pretty much took around 60-70% of the source material. Seeing a 3rei Herz by next year is highly unlikely, but won’t be as long as waiting for Dog Days S3 back in the days.

What things I wish they don’t change:

Can… can you give a ranking of the seasons so far… Onii-chan???

Sure of course, anything for an imouto… ahem

Well, thats it for now. Hyped about the new season. For those who don’t know, I will be watching the Illya movie and will write the review as soon as I watch it. No confirmed date yet. Might be as late as 2018, who knows, ask my license holder.

Might as well tell you guys that Nanoha Reflection and NGNL:0 are also part of my confirmed to-watch list, no dates yet, again, probably 2018.

Meanwhile, if you are new and enjoy reading my content, follow this blog, Twitter and Twitch! I do gaming livestreams too. I’m going to stream Life is Strange Before the Storm, around 2hrs+ from the time this blog post is posted, updates will be posted on Twitter.