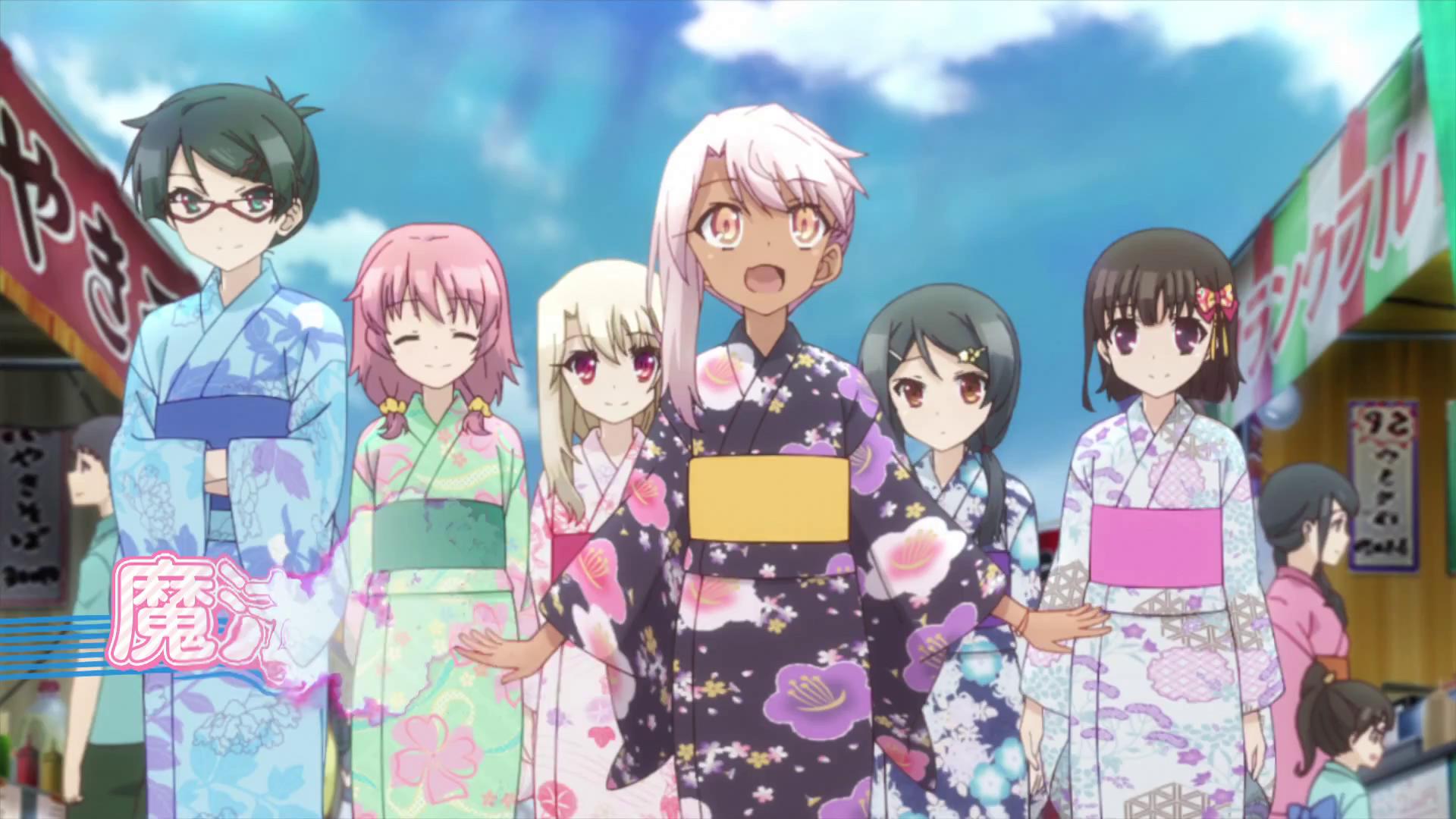 Heyo, Day 3 of the Illya marathon.

Manga origin. Part 2 of the 2wei adaptations. Anime this time only has 10 eps with no OVA.

Storyline starts off very laidback, first half of the season is pretty much lighthearted, summer slice-of-life. The story then suddenly picks up pace on the 2nd half of the season with the climax and action. Pacing was slow at the start, 2nd half is literally pedal to the metal. Character development is pretty high. Comedy was maintained, fanservice is even more rampant. Climax is very intense and did some compensation for a pretty time wasting first half. Overall, it’s really nicely done, but not as good as last season.

Animations by Silver Link again, as usual. The animation standards went up a notch. The combat scenes was probably the best out of all the seasons so far. Expressions drawn as cutely as the previous season, probably better. I love it.

Music went down a bit. Not feeling the fhana OP and pretty weirded out ED. BGMs were the same.

Voice cast is the same as last season so yay.

Since you already watched 2 seasons of it by now, just keep watching.

One response to “Welp, another season of the German 2?: Fate/kaleid liner Prisma☆Illya 2wei Herz!”