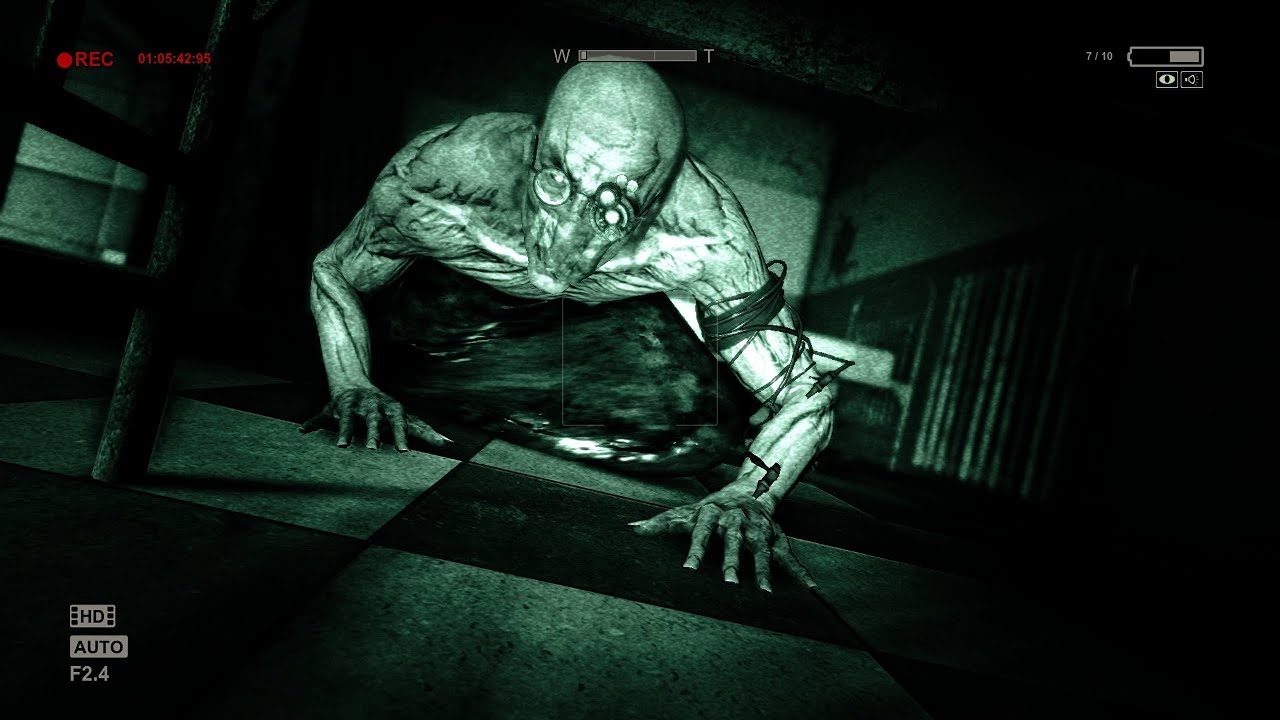 NO NO PLEASE DONT COME NEAR ME!!!!

Hey all, Harroweeb… I mean Harroween…. wait… Its Halloween. Yes, Halloween is just round da corna so I thought of writing this. And also its Friday the 13th yesterday too.

I have played all 3. Whistleblower is a DLC for Outlast, serving as a prequel to Outlast itself. So the chronological order is Whistleblower, 1 and then 2. Well, its fine playing the main series then the DLC… ACTUALLY IT DOESN’T MATTER SINCE 2 HAS NO LINK TO 1 ANYWAY.

LET’S GET THIS LONG POST STARTED BEFORE ITS TOO LATE. 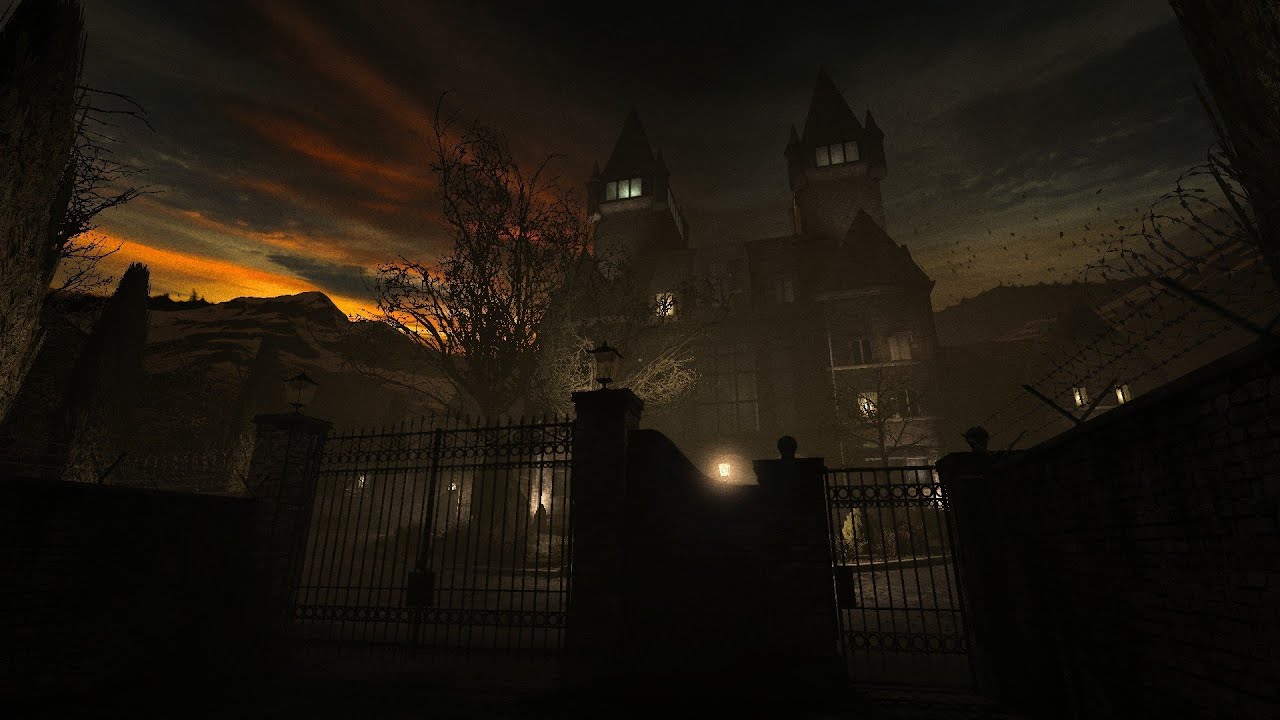 The mental asylum you wish you are not part of.

The story start up pretty dark, like every other horror game. Peaceful yet creepy. Overall story length is pretty long, which is a no-no especially for me who just want to get the game over with. You dictate your own pace, but can be pretty intense. When the baddies come chasing, they will really destroy you. Jumpscares were very well-placed and intense, I nearly pissed myself for quite a few times. The key highlight of this game is the camcorder with night vision, which doesn’t help relieve the scare, but makes it worse as you can see what you shouldn’t see. Battery system is also a booster to the scare as you will become desperate when you are running out of battery, like kids nowadays with their phones and tablets. Being in first person and you cannot fight back, can be kind of frustrating. Hiding in lockers and under beds are sometimes the only way out, but it isn’t always the solution since you have to get out sooner or later. The impending death scene can be rather intense, and you die immediately you get caught, no second chances, as a way of making things difficult for you.

This game utilises Unreal Engine 3, which is beneficial for performance and the graphics is adequate enough to be scary. Graphics settings are pretty minimal, basic resolution, textures and Vsync settings. DirectX 9.0c can be pretty old, but this made the game extremely lightweight and optimized.

Music, sound effects were nice. BGMs really creeps me out when enemy is close or when someone is chasing me… It boosts the scary feeling that I want to get out of this nightmare. Voice acting felt pretty nice too.

The prequel, actually, I find this one WAY more horrific than the main series. I really recommend you all to buy the DLC too, it’s worth the money. It continues to use the same formula as the original, but the story is even darker and intense. They added quite a bit of gore to make this prequel quite disgusting. This one is also quite long and feels like hell to play it. The death scenes are EVEN more intense than the main series which makes me look away sometimes. OK ENOUGH MOVING ON. shrudders

NOT THE CULT GROUPS!!!

This one is not a sequel to Outlast 2 as it features new characters, new storyline and a new formula. So it doesn’t really matter if you played the first game or not. What stays from the first series? Camcorder with night vision and battery system, the night setting, hiding system and “You can’t fight back system”. What’s new? The incredibly massive gore, cult groups rivalry, hiding inside filled or emptied barrels, inventory, healing and a relatively short stamina system. This game general difficulty is actually toughier than the original, which can be rather distasteful, especially when you cannot work under immense pressure. What they did to lower the difficulty of the game is adding a health system and healing system, something that is quite a rip off from Resident Evil 7. The impending death scenes are pretty extreme and you will go “Oooo” or “Ahhhh…” or even “OMG no way please don’t” and starts touching your part that you lose in-game. Story length is pretty lengthy and you can get lost in the game, which occured to me a ton of times, even with hints that are so subtle that you might neglect it.

So is this game more scary than the first? Not really, jumpscares are still a thing apparently, but its more on the disgusting side than scary. If you push max settings on the game’s textures, you probably feel like gagging.

The game sticks to the same Unreal Engine 3 as the first, but they updated the rendering API with DirectX 11 or even DirectX 10 as a fallback option for people with weak hardware. The update is welcome, they really up the graphics with quite a level that it feels like it’s using Unreal Engine 4. Optimization is still there, performance only suffer a bit. If you are able to run the previous game smoothly on the first game, this will take a bit more out of your hardware. For me I can push full settings on the first game, but only able to push medium-high settings on this one.

Music, sound effects, voice acting are well done. I feel that the audio quality feels a lot more better than the first, which boost the realism and scary elements of the game.

Both games are on Steam and they are not really expensive, compared to the hyped ones like Resident Evil.

I’m planning to do an Outlast livescream marathon in November, while my parents are away on their vacation, so stay tuned to my Twitter or Twitch if you are interested in watching me piss in my own pants at an age of 22!