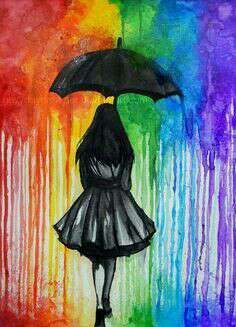 The quality and quanity of the fanarts for this show is amazing.

Hi all. Another show cleared off the list. This one took me about a year to complete for some weird reason.

The storyline isn’t really a bolt from the blue, but it was nicely executed and they brought out the source material’s full potential. Comedy was incredibly random and through the roof, this is probably the funniest Shoujo I watched in ages. Most shoujos I watched are mainly pretty serious on the romance so that means the comedy does get neglected at some point. This one is different. They pulled off the romance and comedy so well that it blended like my Starbucks I’m drinking while writing this post. Character development is also another plus. It can be pretty unpredictable as many forbidden-to-mention pasts were all unexpected. S1 totally threw me off guard and the ending for it felt like they don’t intend to make an S2. But they eventually did it 3 years later.

S2 continued the tradition of S1’s routines and probably enhanced it to make it slightly better. Both seasons felt long even though its only 1 cour. The main reason why it’s so great is because the scriptwriter and director are the same person, which simplify things and enable the guy to unleash its full potential. The S2 ending felt like a cliffhanger, but hey, OVAs spree ahead. Pacing for both seasons were on the fast side, a rare sight for a shoujo show, but it felt long.

OVAs were excellent. Kako-hen was a pretty nicely picked arc to adapt into an OVA. 4eps were perfectly paced and it really darkened the story quite a bit. The final OVA was very short, only 15 mins to do a pretty proper wrap up, it felt like watching Papakiki’s final OVA. 15mins was enough to trigger mixture of feelings and I really can’t bear to see the show go but everything has to come an end. Happy endings such as this is just great.

Animations by TMS. Surprisingly, its great. One of the finest character designs I have seen in a while. S1 set a benchmark for them and they maintained it for the rest of the franchise. Colors were bland but it felt suitable. Lines were sharp, keyframes were adequate. Great job.

Music was decent. I can’t really feel S1 OP and ED, but S2 OP and ED hit the spot nicely. I love it. BGMs were fitting, they adapt to the situation and ambience incredibly nice.

Highly recommended. It will probably sit at #2 in my Shoujo rank, below Soredemo Sekai wa Utsukushii.

One response to “Being a Shrine God: Kamisama Hajimemashita”