Hey all, its been awhile. Busy with life. But now I’m free again, lets get the wrap up over with.

I bought Akiba’s Trip: Undead & Undressed, I will write a review pretty soon, but now, let’s just concentrate on the anime.

Its good. At first I was all over Machi, but now, I wish Sakie can be more open about herself because of her near perfect body and looks. Even though she’s a succubus, she can be a not so lewd one. Story is pretty nice, laidback and lighthearted. One of my favs this season. OP and ED are pretty nice too.

Prolly the most controversial show of this season. The plot was fast and slow, unpredictably bad and bad plot changes. They made Yuu and Fuuka looked more distant than in the manga. Koyuki looked pretty insignificant in the anime too. Hyped too much again. I wouldn’t call it a flop because it has it’s good points. Prolly the best character design out of all the Kouji Seo’s adaptations. I still don’t like Lynn voicing Fuuka, even though her powerful vocals paid off during the singing. The other casts were ok. Numakura Manami’s OP was awesome.

I picked this one slightly later, and instantly found best girl.

Story was great. Comedy elements are pretty high throughout. Kikuchi Ai’s character design never gets old, and starting to become more and more regular on Dogakobo’s works. OP and ED were great. Cast is nice too. Nothing much to complain. Its prolly the one that fits in nicely.

The biggest flop of the season.

I admit, GoHands did an excellent job with the art, character designs and the oversaturated color scheme, but, panning, zooming and movements were all handdrawn and they proved that they do not have the ability to pull it off smoothly. Story is seriously flawed too. Even with me skipping and quick watching the show, I still get what is going on. Character development is pretty low. The ride is also slow. Combat scenes are really bad.

Idols and politics. I played the game before, it’s really that political, but the storyline is just… weird.

Story is really random and all over the place. They make politics look like a game when actually the game has a better storyline. Cast list is fine. OP and ED were great too, judging from an idol show. Character development is pretty low and very episodic. If they stuck to the game’s storyline, it would have been better. 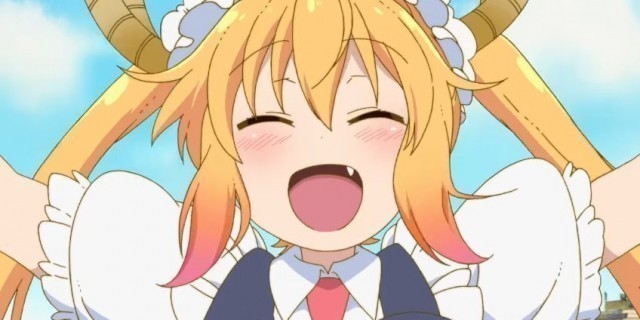 This show always make my day. KyoAni never disappoints. 13 eps never enough. Cast list fitted fine. The KyoAni movements are always adorable. OP and ED were nice too. The ending might be slightly rushed, but it was good. I absolutely love it.

Another splendid season. The character design finally got revised, after ep 6, which is kinda late. Animation quality is still top-notch. Storyline may have slightly dropped. The pacing was pretty quick that 10eps felt a lot shorter than it used to be. I like the previous OP more but the ED is great.

This show is incredibly dark, but I expected a lot more. The manga brought a lot to the plate but this one only scratched the surface. But they managed to bring a lot of darkness in the story. Character developments are pretty low and progression are minimal. Cast list is nice, I like it. OP and ED is very strong too. Character designs were well done.

Expected a little too much. I expected a slightly dark plot, but ended up it derailed from its original plot. Every ep became increasingly generic. Cast list is fine, but Hayami Saori as a trap was probably a very bad call. OP and ED were fine. Character designs were good but character development is very low.

Seems like Nekopara without lewd. I love it. The concept is incredibly adorable. Storyline doesn’t make much, but I still enjoy it. Shorts but still sweet.

Kantoku art, with 3 excellent VAs, what more can we ask? I like Moka the most out of the 3. And Moka’s ED is the best too.

Its pretty well done, judging from the difficulty and inability to adapt all the routes. They did not pick the best route but they did a pretty ok job at adapting it already. Cast pretty much the same, but with more new characters. Character development is pretty ok, pacing can be a bit tight.

I personally have this game, and still playing it. Been playing for over 3 years. The characters only shown about half of its actual portfolio. This might be better because budget and also lesser characters to remember. But my best girl in the game is missing in the anime so… yeah.

Storyline is a bit off from how I play the game, but actually the game has no actual storyline so they have to write from scratch. The story is ok for me, many people hate it. But to understand the story better, its better to play the game before watching. Character designs are nicely done. Character development is pretty minimal. Pacing is fine. OP and ED were nice.

The Amagami feeling is back. I love this show, but the majority doesn’t.

I don’t mind the character arc feeling, because Amagami managed to pull it off nicely. I find it a pity because there’s only 3 heroines. All 3 character arcs are great, there isn’t any best one here. Character developments are pretty high on each arc. Character designs are nice, very Amagami. OP and ED were ok.

This show was trying to be very laidback. But ended up backfiring and killing the plot. Character development is very bland and the comedy can be rather repetitive. I don’t really hate this, but I don’t like this either. OP and ED were ok.

Overall this season is a hit-and-miss for me, nothing good, nothing bad. Everything just end up being neutralised. My Plan-To-Watch list tomorrow!