Hello~ I have deleted my old Kiniro Mosaic posts so that I can combine everything into one.

Its from a manga, still ongoing. Anime ran for 2 seasons or 12 eps and 1 “movie-esque” OVA…

I will split it into 3 parts…

A slice-of-life. Setting can be pretty generic, but the execution isn’t that bad. I didn’t really expect much from this show, but after watching it, its strangely satisfying. The lolis are pretty much the selling point of this show. They look incredibly young for high school. The story is fine, pacing is adequate. The comedic elements are decent, and pretty spot-on. It’s pretty episodic so the links between each episode is pretty minimal. Character development is decent, personalities are cute. Back then when I completed the show, it feels pretty bad because I don’t want the show to end. Its like my happy pill for my gloomy days. I completed the show pretty fast. Overall, it was extremely enjoyable.

When they announced the second season, I was incredibly hyped. The story starts to decline. The comedy felt forced and it felt like the show is running out of ideas. Pacing is still pretty nicely-timed. Character development is better too, because new characters and there are more interactions between them. Episodic as usual. The ending felt a bit bad, maybe because I can’t bear to see the show leave my existence. Overall, this season felt a bit of a drop, but it’s still isn’t that bad.

I don’t really know how to describe this one, some says its a movie because its 50+min long, but some says its an OVA. The story goes back in time before the girls enter high school. Its pretty nice, because its heavily-centered on Ayaya. I kinda like this one. The comedy is back to S1 standards and the character development is very good, as there are a lot of interactions between Ayaya and Yoko. 50mins felt adequate for this one, the pacing made it feel like its longer than 50mins. The ending felt pretty good. Overall, nice prequel movie, I like it.

Animations by Studio Gokumi for all. The character designs were good. This show doesn’t really need quality, but it’s decent.

Music are nice. OPs and EDs were all sang by the characters. BGMs were light-hearted so it fits the setting. I like the S2’s OPs and EDs better.

Recommended for all loli lovers, this show does have a slight hint of yuri elements in it so hey, 2-in-1. 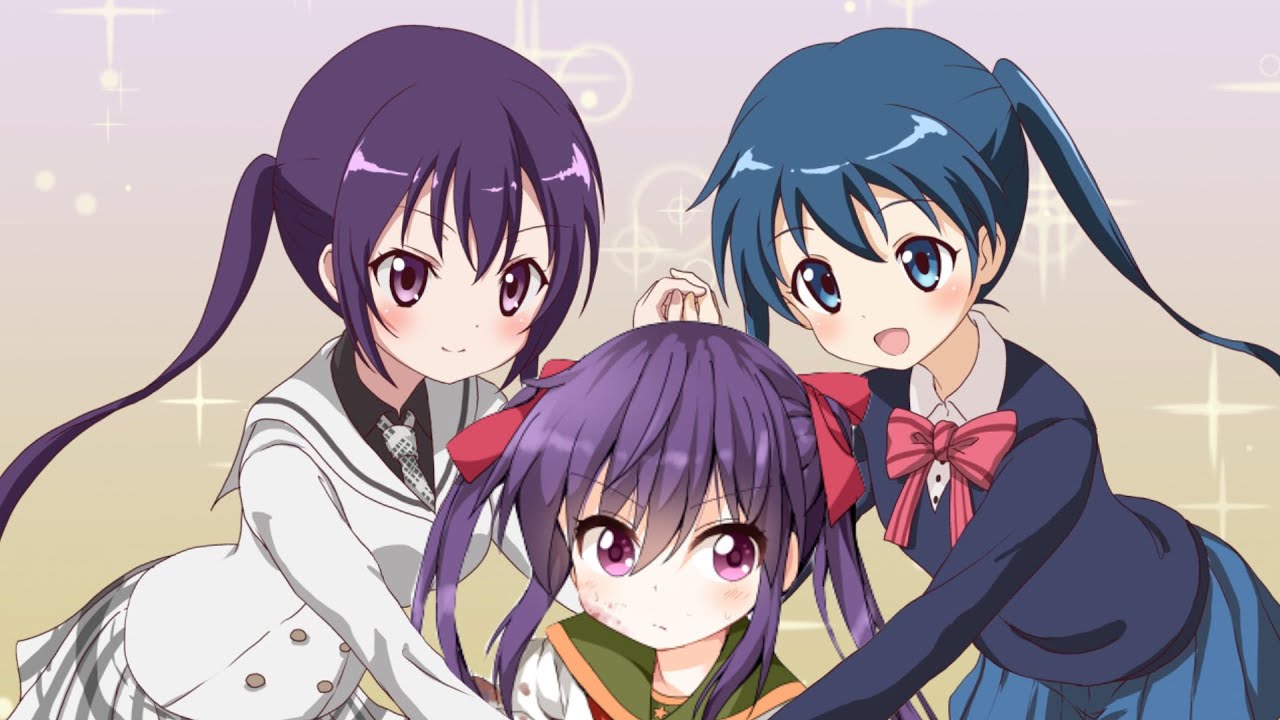 THEY LOOK SO ALIKE YAY…

Ok, that’s it for today. I will be watching the 2nd HoneyWorks movie tomorrow, so expect the review tomorrow.

One response to “Golden Lolis with a Sprinkle of moe: Hello/Kiniro Mosaic/Pretty Days”