Hey hey, I launched a new segment for the blog. Time to unleash my gaming side.I only play on PC, I have no consoles.

Let’s kicks things off with one of my favourite series of ALL time. I actually bought all the Neptunia games so I will split them all into parts. And also I’m not done playing all of them too. This review will be done into 3 parts, obviously.

This game is a moe-filled RPG. They pretty much have similar combat system. But they keep improving each series. From 3 characters in combat from the first, the 2nd and third gets 4 characters available for combat.

The Re:birth series are actually remakes from their original series. With updated graphics, voice acting, music and combat mechanics.

This game is my first Neptunia game and it immediately got me hooked into the series.

The game storyline is pretty nice. It’s the beginning of Neptunia’s era, so it’s like a start of a movie trilogy. Storyline can be quite slow but with the moe moe girls going around fighting monsters with you, you don’t need to fear that you will get bored anytime soon. The storyline is actually quite long too, took me a week to complete it, but it was fun. Combat mechanics, weapons and skills systems are flawless. Character development is pretty ok. Ending was a bit weak, and also quite predictable.

This game blew me away with their extremely fluid motions in their visual novel type storytelling format. Graphics are extremely nice, even when they look so good, it’s extremely lightweight that my old laptop from 5 years ago managed to run it at 60fps. This game is capped at 60fps, so don’t expect triple digit frame rates. What this game lacks is custom graphic settings. You can only pick fullscreen or windowed. And also this game is only 720p native, beneficial for weak PCs but sucks for people who have 1080p screens like me. The interface is nice, but I cannot use the mouse, even when the cursor is there.

The music is nice. Listening to headphones is extremely pleasant. BGMs are all perfectly composed.

Part 2 of the trilogy.

The storyline moves a few years into the future with the CPUs having sisters except for poor Vert. The “Sisters” are CPU candidates and act as the successors of the current CPUs. The storyline moves a tad bit faster now and we get tons of new characters. There is more character developements now and the ending felt a bit better. The game’s difficulty increase a bit, but managed to finish it in a month. It feels shorter than the first one.

Graphics get a minor update. Now with the game 1080p native, it feels a lot sharper now and 60fps felt more pleasant. But it still lacks custom graphic settings and the 60fps cap. Graphics are still eye-pleasing so not much to complain. The interfaced changed and became more mousefriendly, so I don’t really need to remember the keys. Even with the resolution upgrade, the game still is very lightweight.

Music is pretty much the same.

VAs expanded. Including the voices from above, we now have Horie Yui, Kitamura Eri, Ogura Yui, Ishihara Kaori, Ito Kanae, nao… Horie Yui is a good addition to the cast. 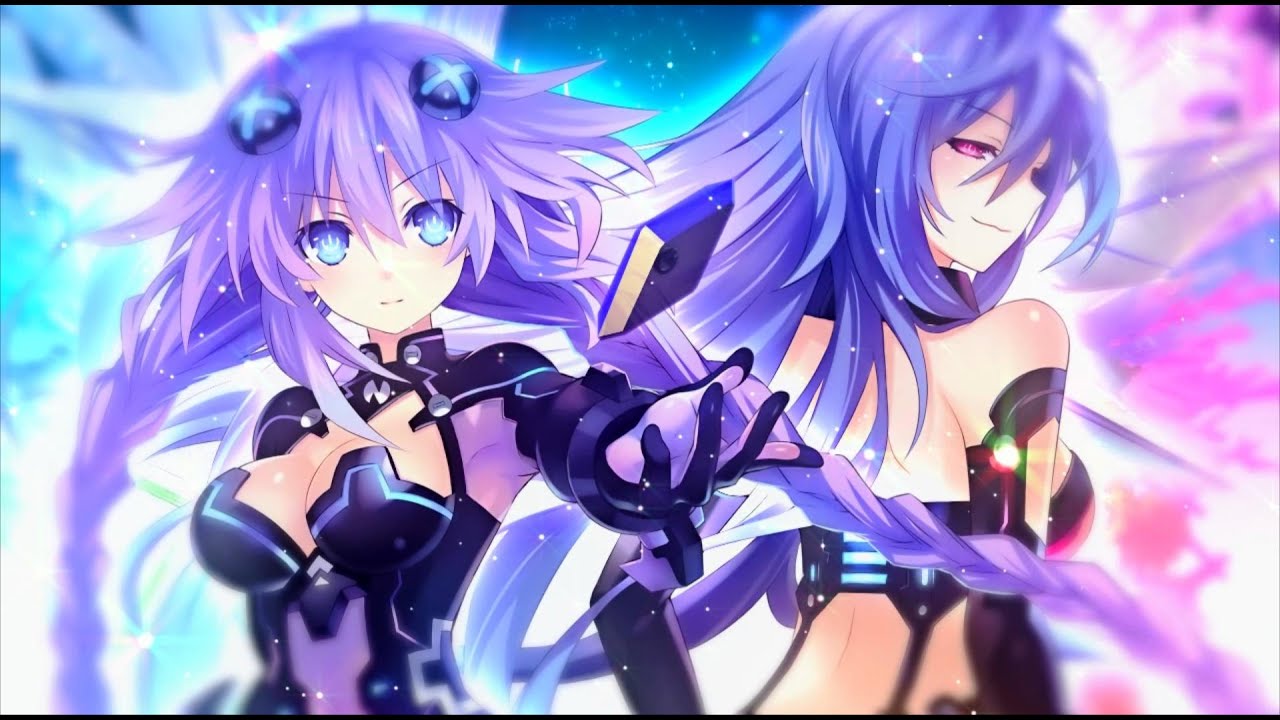 The storyline this brings a new twist, dimension travelling. The story picks up pace a lot in this one. New characters again, but with even lengthier storyline and more developments. This game is definitely the hardest, took me more than a month to complete and also ITS DAMN LONG. I need to spend at least 6 hours with the game to actually finish a chapter in a week. But luckily the story wasn’t really boring. Ending was a bit ok, but what to expect from a cute game like this.

Graphics got slightly better in this one, they offer more graphical customization now but it’s still pretty basic. The interface looks more sleek now and it’s still very mousefriendly. The graphic updates made the game slightly heavier to run in this one, but most modern PCs should be able to run it at playable fps.

Music is still pretty much the same.

Which one?: All of them with the DLCs, the DLCs will help you a lot.

Highly recommended for all people who likes cute girls and have certain fetish towards them. It’s too cute.