Good day, I delayed this post a bit to the point that some of my shows are already in their 4th ep. I will include all of them together. I have a reason why I delayed this and it will get interesting. I will reveal it later.

But first, lets get down to business.

So far so good. The Strike Witches feeling is starting to come back, but it will take me sometime to get used to the cast. Nothing much to say about the latest ep, as an avid fan of the WWS, no matter the flaw this show has, I will just accept it. Strike Witches was a good start, hopefully they make more.

Verdict: Continuing until Neuroi manages to take over the world.

This show is exactly like Kuromukuro. Shitty start, pretty decent middle and I think it will escalate extremely hard on the climax. Hopefully they don’t mess up. 3rd ep does bring some surprises but wasn’t really major, I foreseen some of them to happen. 4th ep gave me more surprises, ending with a high note. Wow, now I cannot wait for more already.

Ok, this show just reached a whole new level of plot twist. They are trying hard to be like Gainax, and they did it pretty well. I’m in love with the OP and M.A.O’s voice made me recall Luluco all over again. Ah, I think I’m back on track, managed to find my way. I think I will rewatch everything all over again once it’s finished to really understand the story better.

Surprise! Yeap, I picked up the show. Now this is what I call heartwarming fanservice plot. It doesn’t force the physics. It just comes and goes, it’s not the “In-Yo-Face” type of boob jiggle. Looking In fact it sometimes show the positive and joyful side of having physics defying boobs. I’m enjoying this, I can watch this show in the train and no one cares. 3eps and so far so damn good. So far the heroines are voiced by Kayano Ai, Tsuda Minami and a newbie called Harada Sayaka. My favourite girl so far is… I would say Tsuda Minami’s role. Kaya’s role wasn’t “THAT” of a cute kouhai for me. Sayaka’s high school girl role close 2nd. 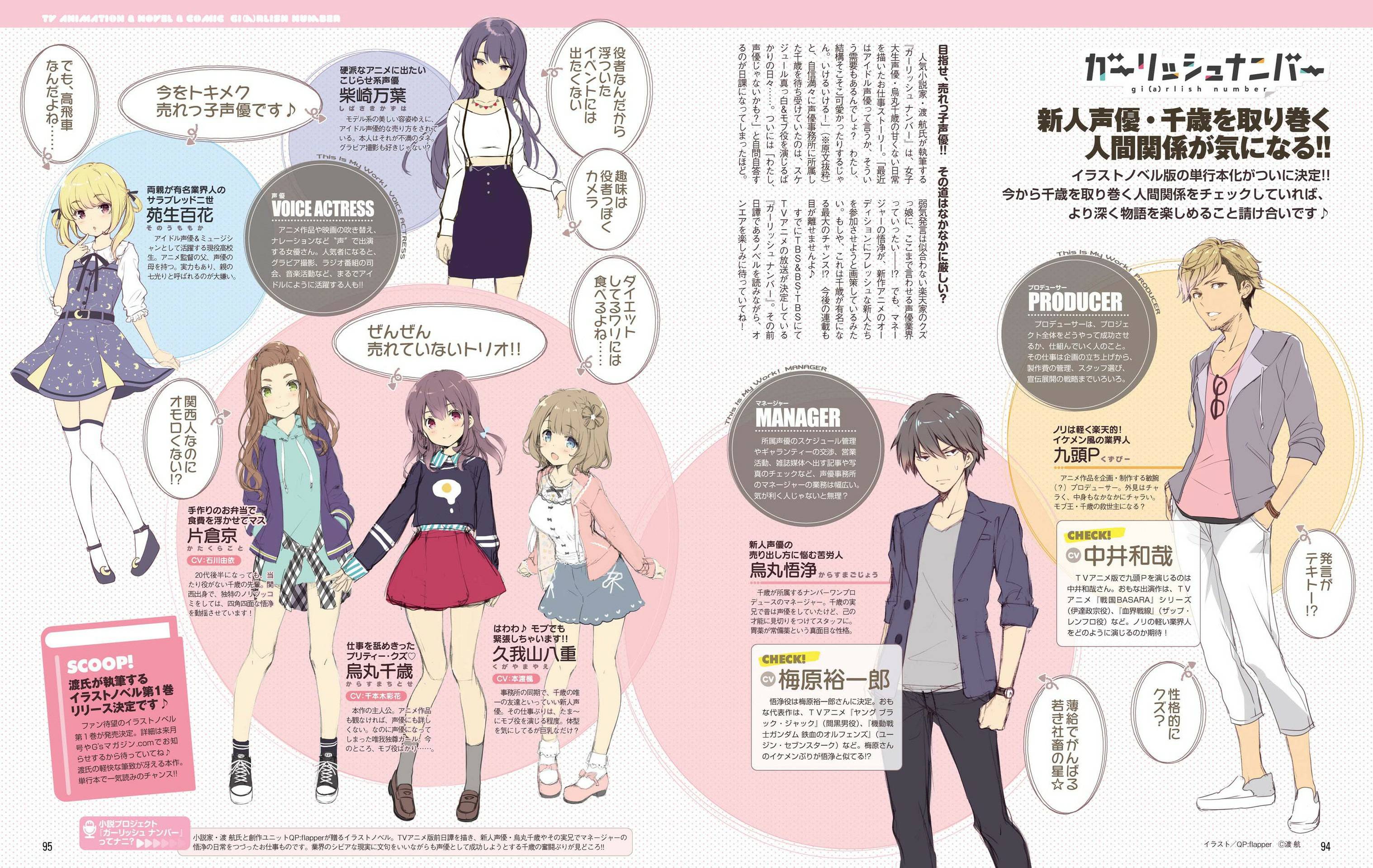 Arrogant lead does ignorant stuff again. It’s nice to see such rare main roles, but it’s slowly getting on my nerves. If she better don’t buck up and stay humble, I might consider dropping this. Not gonna lie. As for the show, so far so… calm? I’m waiting for more surprises but I think at this rate it might go down like how Sore ga Seiyuu did.

Verdict: Continuing. Her brother is actually the guy that pulls me in. NO HOMO THO.

Still damn euphoric. Storyline is still calm but I think shit is going down in a few eps. The visuals will never stop amazing me.

Verdict: Continue until the band ever disbands

Fanservice is a bit calmer this week, but it will definitely go back or even aim higher in the next few eps. I really have to drop this. The butt and boobs physics legitly made me puke. The fanservice is just over-the-top and disgusting. Feminists, I’m on your side for this one. This show should just DIE. This prove how much of a pervert the original creator is.

Verdict: Dropping it before the ribs get broken and pelvis get shattered.

Ahh, I think they are cranking up the H-scenes, so much that my glasses fogged up. I’m not a pervert or anything, I’m just embracing whatever I’m watching. Love this show and will always watch it when my parents are around. Top Tip.

Still loving this. The fujoshi levels are so high this week that I could smell ’em. Kobayashi Yuu’s versatile voice was put into use again this week, ahhh, I wonder how much higher can this show go. I’m losing my mind watching this.

Verdict: Quite rotten, but I will definitely continue. 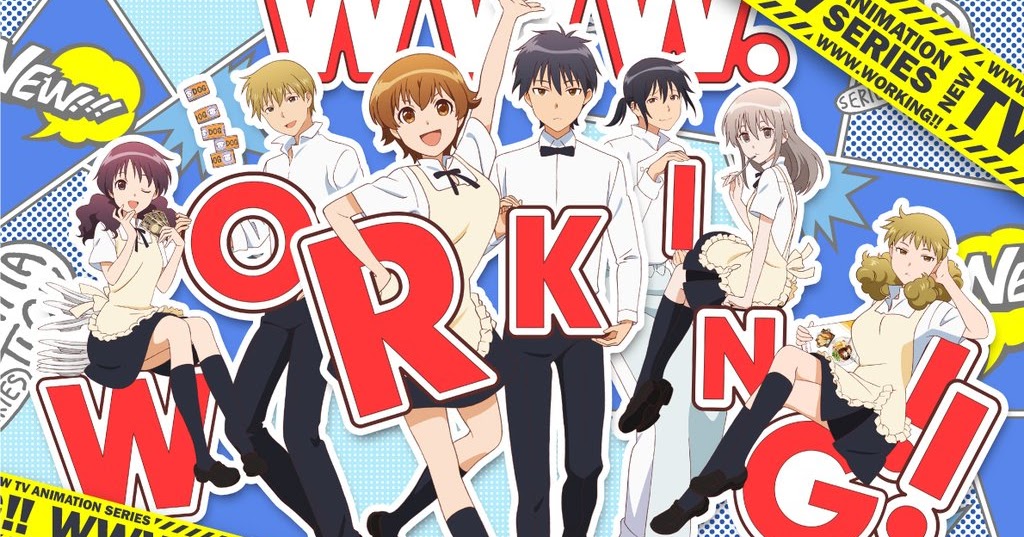 Ep3 and 4 are slowly focusing on our weird devil chocolatier and our normal student. I will tell you this, the real cute girls ain’t the ones you normally see, the true MCP is actually Muranushi, you have to embrace her to appreciate her true beauty.

Verdict: Muranushi 1st, Miyakoshi close 2nd. Shiho a bitch and will watch this until I need to read the manga.

Ep 3 was nothing, ep 4 brought back the good old Nanoha justice back into 2016. The reason why I kept this part for the last is because of the flashback ep 4. It brought back the dark side of storytelling in the Nanoha Universe. DID YOU EVEN SEE THE LAST SCENE?! DAMN. It’s like the perfect dream of every wimpy kid in the world.  The scenes actually legitly made me go “Oooo… Ahhh… DAMN GIRL!”. The girls actually asked for it, you girls said about reconciling and next moment, throwing her shit into the toilet bowl which was unflushed before and made her miss her grandfather’s last words. I was on the verge of bursting out during the like 10+ mins of bullying until the payback came and wow, they deserved it. I have no sympathy. I think I’m becoming like Rinne at this rate. I maybe even laughed in the inside when the bone breakers happen. Time to watch it again, this time with a sadistic heart.

Verdict: Ep 4 brought the show back justice, now I will have to continue for sure.

Now for a little bonus

Watched the video, listened to the music. It was nice. The story it’s trying to say wasn’t unique, it has been quite repetitive, especially the current times when global warming and climate change is a extremely concerning topic. But the execution is definitely one-of-a-kind. A-1 finally made something good for once and they even brought Misawa Sachika (Kuroyukihime if you don’t know her) to do some voice acting. It’s pretty much a nice mix. Visuals is excellent, character designs are splendid. I wonder what is actually wrong about the video. It’s not perfect but it’s definitely excellent.

What I’m not pleased about is the people who actually CRITICIZE the video. Definitely, everyone will say “If you can do better, THEN DO IT.” but I’m going on a slightly different approach.

6mins video. What are you expecting? A nuke filled with feels? You should be glad there are at least “cheap” tears in an animated music video. Not everyone can actually achieve that.

What’s wrong with telling a “real” story using anime? Not every anime in this industry are all about fantasy. They can be science fiction, crime and even medical. Time for you to get drowned into VR and stay inside there for good.

Sympathy to the girl is absolutely all right. WTF you saying that the feels are just superficial shit? She lost her dad, and only realizing it after 10 years. How would you feel? So what if she isn’t real? So what’s the point of watching anime? What’s the point for people to make Clannad, Air, Rewrite, ef, Kanon in the first place? Anime is place for people to sometimes let loose, escape from reality for a little bit. You do not mix REAL elements in REAL life and compare with something absolutely fictitious.

And my final sentence. If you got the ability to produce music better, get A-1 or some studio better and hire Sachika or even get anyone better, carry on. I would love to see how it turns out. Don’t criticize so much when you can’t do ANYTHING.

Ahhh, rant over, it’s seriously stupid to put down on a video when the artist does it for the sake of his love for anime.

I’m giving this one a 8/10. If this video inspires A-1 to make an original series. I would love to pick it up, but only when you can maintain that level of animation quality.

This wraps up my final impression posts. Dropping Keijo for good, means can do more stuff in my life.

Next review post is still the same, the Yuri Mecha show. But ETA not confirmed… I couldn’t find the time to write, because I’m planning a live stream…

I give the MVP for this week to ViVid Strike. Can’t wait for more shit to happen from that show after that bloody scene.