Hey hey, back to regular post from my daily challenge posts, today is a bit special.

I have hit 1k likes for this year, which is a new high score, and also I’m talking about guys this time, 3D guys. I usually talk about girls more, main reason why only 5 guys.

This can be interesting. Same old, no ranking whatsoever. 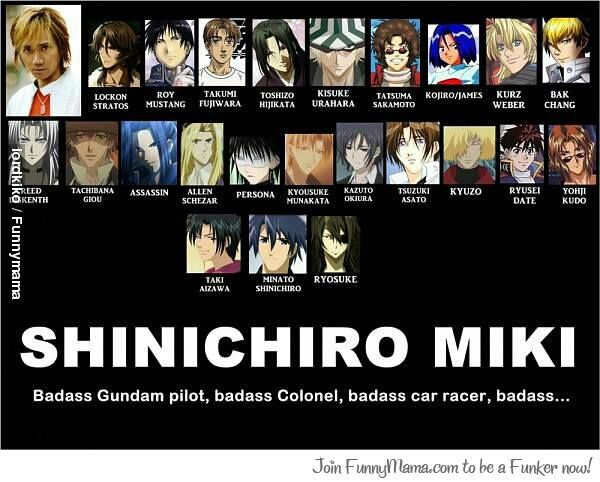 Well, he is one of my favourites and best picks for badass and cool characters, just look at the roles he do, even I find his voice extremely charming. From badass to sinister to playful roles, this guy can pretty much pull off anything from his vocal cords.

Definitely one of the best. 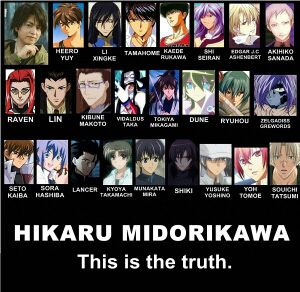 Well, another signature pick. One of his best roles is also Natsume Kyousuke and Sakamoto. I also respect this guy. His low voice can make my subwoofer vibrate.

Well, his voice feels refreshing for some reason for me. Archer is most probably the most unforgettable role for me, his voice is just… composed, no matter the occasion, atmosphere and situation.

*calls in the security*

Calm down fangirls. He ain’t here.

Well, he never do completely badass or cool roles. He can do nonsensical roles and even harem lead roles, sometimes even confusing main characters like Koyomi. Well, the pic says it all. Cool roles, elementary roles, sinister roles, you name it, he has it. He is also one of my favs after Shinichiro.

Honorable Mentions:
Suzumura Kenichi – Good guy, his voice is most probably the most distinguishable out of all the men here.

Sugita Tomokazu – Really close, his voice is not that charming tho.

Nakamura Yuichi – His normal roles outweighs the badass, but he is capable of pulling it off tho.

Takehito Koyasu – Another distinguishable guy, but his voice lacks variety.

Well, this wraps it up, so far new guys cannot get as close as them, their voices can only do normal high school students, unlike them.