Time for more short shows but this time is more on the long running side. And beware, its gonna be lengthy, its not going to be short.

Just finished this one just now and I was damn surprised that Gainax decided to make this. This show is from a game and it ran for 26eps of 4mins.

The story split into prefecture arcs, so each prefecture gets around 3eps of showtime and we just move on over to the next prefecture. It does not feel episodic. The storyline does take its time and does not move too fast but sometimes it does feel unnecessarily short so it kinda kills the fun. Gainax’s signature comedy felt very underplayed but you can’t expect much from a show that only runs 4mins. The ending doesn’t feel like a conclusion at all, so you are just left hanging.

Animation by Gainax, I would say it feels like an overcompressed ver of Gurren Lagann. But their signature animation comedy is still there, but not as strong. Battle scenes were ok, character designs were over average, and the colors are not as vivid.

Music is ok, OP was excellent, livetune w/ Anna Yano, omg its just superb. There was no ED. BGMs were decent.

Recommended? Not really, not many people will enjoy this show. 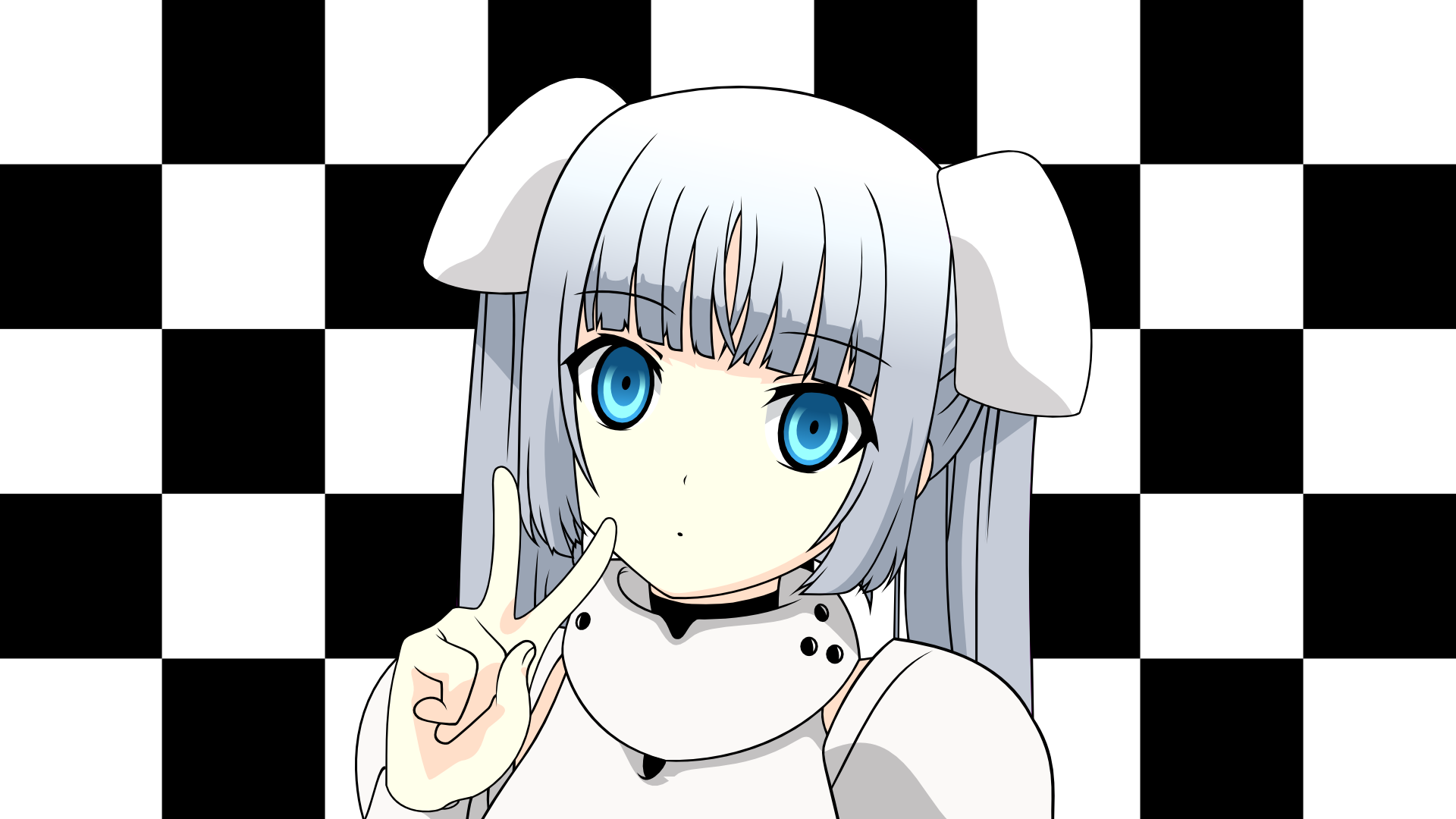 One of my favourite original characters and short series. Being an avid fan of Horie Yui, I have to love her. Anime spanned for 36 eps of 5 mins splitted into 3 seasons with 2 OVAs. She did make a cameo appearance on Girlfriend Beta.

Storyline was ok, you don’t expect a lot from a show like this. The pacing was just right even with that short time span. Every season ending will always make you crave for more, wishing this show will be endless. The show is slightly episodic, and does not escalate, but the lightheartedness and comedy will somewhat fix that problem.

Animations by Liden Films and Sanzigen. Liden is responsible with the main show’s animation and Sanzigen is in charge of the 3DCG of the shows ED sequences. Its pretty nice, character designs are splendid and the color used were pretty vivid. Sanzigen’s design of Miss Monochrome is ok, but it took me quite awhile to get used to it.

Music is nice. The OPs and EDs were excellent. Out of all of Miss Monochrome’s songs, I love Here We Go and Watashi dake no Monogatari. BGMs were ok.

Too lazy to post the OPs and EDs because of its massive amount and also hard to find too.

VAs is a nice, modest list. Horie Yui herself, Fujiwara Keiji, Inoue Kikuko, Kanda Akemi, Kamiya Hiroshi, Asumi Kana, Suwa Ayaka, Yamashita Atsuko, Morikubo Showtaro. I like how they slightly autotuned Horie Yui’s voice to fit the cyborg feel, and let the autotune turned into many addictive hits. It was disappointing when Girlfriend Beta didn’t do the autotune for Miss Monochrome for both the game and anime.

Reason why I combined them together is because they actually the same series. A massively long but short manga adaptation. So far, there is 84 eps with 6 OVAs in Teekyu, 12 for both Usakame and Takamiya Nasuno Desu!, but the latter has 1 more OVA. All the eps only spanned for 2 mins. Everything rotates 2-3x faster than that normal time.

Storyline is just quick, or maybe the speed of light. But still its somewhat enjoyable to watch. It took me nearly a day to finish the entire series and damn, everything in the real world feels so slow now. Don’t expect hardcore comedy or deep storyline from this 2min each ep show, but you will definitely have better reflexes after marathoning, not lying.

Animations by MAPPA for the first 3 seasons, then transferred over to Millepensee from season 4 onwards. And again, don’t expect much quality, it might be the most budget-cutting show I have ever watched in my life.

Music is just…. shit, it doesn’t feel real at all. Give up believing the show.

Recommended? Depends, but I don’t know who to recommend honestly.

Well, that was long.