Just burst that number last week so decided to write this instead.

A little notice that there is no ranking whatsoever, because I suck at those.

Because why not? This show is just like those rare gems where the comedy never gets old, the comedy here is  just immortal. One thing is maybe because we seen the serious side of them and never their goofy side, thats why its hilarious. Search for my review on the search box for more info.

2. Baka to Test to Shoukanjuu 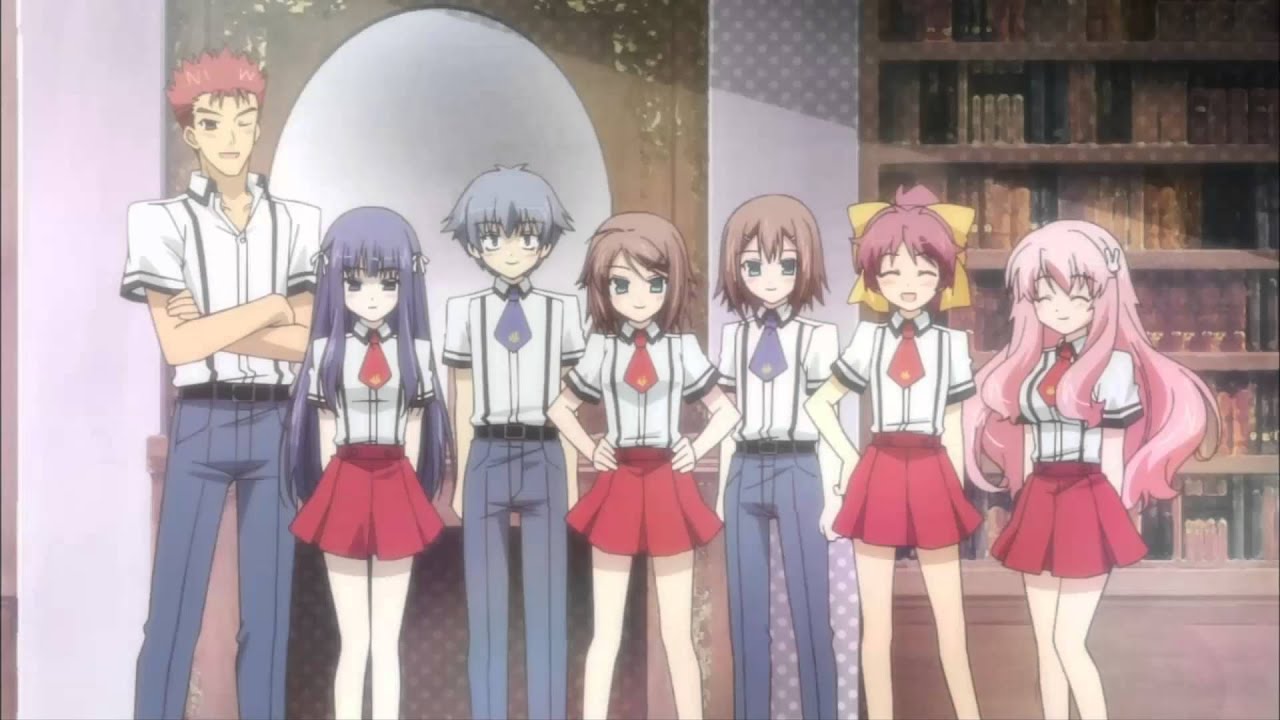 Simple, the gags and idiocy has never risen to such levels before. And they managed to make idiocy turn into wisdom. Even if you don’t like the gags or even don’t understand the gags because you too clever, just look at the animation quality, its just stunning. Silver Link made an excellent first impression. Search for my review on the search box.

This show has a hidden meaning for sure. This show has the deepest meaning I have ever watched so far and even rewatching for 5rimes, it keeps telling me that I’m missing something, something important, the true meaning behind my tears at the ending… I will always keep searching. Speaking of searching, just search the show for my review.

4. Clannad and Clannad ~After Story~

For the comedy alone, just the comedy. But maybe also for the sake of watching the despair turn into hope. Review is available for this, just search.

For the comedy, animation quality and epic despair that will never shed light. I want to cry again. Review is available too, just search.

The cast, comedy, Ayu. The comedic side has pretty much covered the sad side of the show, but then its still quite saddening. I can never get sick of Ayu. Search for my review too.

My childhood right there, even tho its quite a lengthy 90+ eps with 2 movies, I don’t see why not, I don’t mind spending weeks to rewatch this, its just too good to resist. The quality is pretty epic even if it does show its age. Review is not available yet due to its massive amount of content to cover, but don’t expect this one anytime soon.

One of my most likeable modern harem show that never shown a single sense of generic feeling in it. Why? They don’t force the girls towards the guy, but its the guy is the one who has to take the initiative. This is definitely something new, and no one has ever tried before that is why I love this show to bits. Search for my review for this show too.

The story, the action, the slight sad feel during the ending. Especially UBW’s combat scenes, you can never get over that. Comparison review between the Deen’s and ufotable’s adaptation of the UBW route is in my database, just search away. Why not Zero? It was extremely dry for me and I burned out after 1 ep. It also does not fit in the Fate series completely because its written by Urobuchi Gen, so the feel was extremely different.

Lastly this. Two of my quite enjoyable all-girls takes all shows.

They may be different universes, but you will still somewhat relate both together. i fell in love in both the storylines instantly, but Mai-Otome undoubtedly was a lot better in terms of animation, story, pacing and combat excitement. Ending of both shows make crave for more, but at least Mai-Otome expanded quite a bit more with quite an amount of OVAs, with even more modern animation techniques over the original, so the combat scenes were A LOT more exciting. Sunrise’s signature is still always mecha and has never changed. Reviews are also up, just search away.

3 responses to “6k views special: Top 10 shows that I will keep rewatching again and again.”