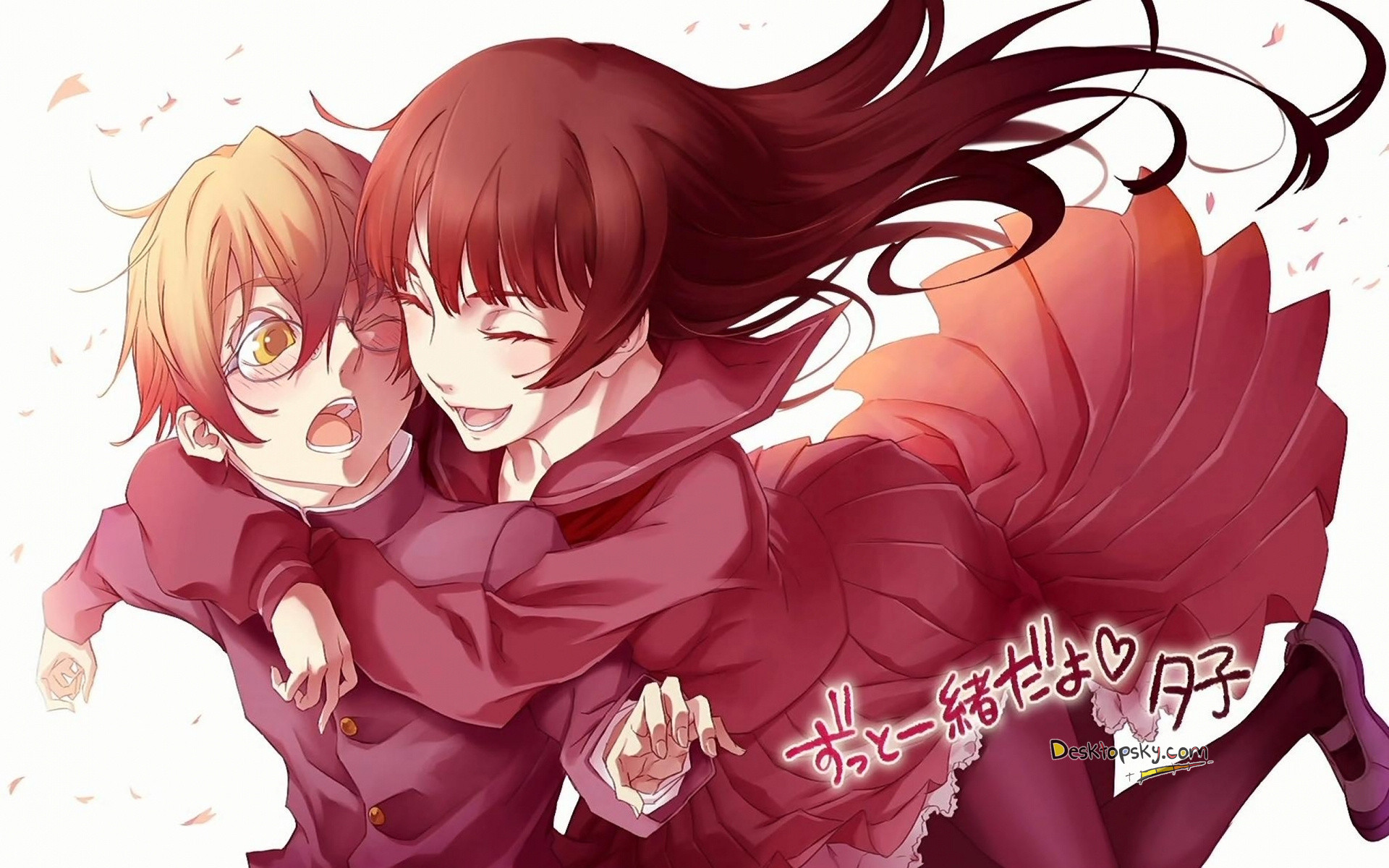 Originated from a manga, 10volumes for 4 years. Anime lasted for 12 eps with 1 BD special. I actually dragged this show for over a year and I seriously regretted it. Once I finished 2 eps, I can’t stop. I finished the show in a day and also stayed up late at night just to finish it.

This show has the same director and series composer as the ef series, so both shows does have some similarities, especially A Tale of Melodies, but ef had more depression.

The storyline starts off very dark, but then it became extremely cheerful. In fact this has a lot of fluctuations in feels and you will eventually not know when to treat the show serious or not. The romance here is extremely sweet. The show does make some dark moments end up being just gags or something less dramatic as expected. The show turns extremely dark like 3/4 mark of the series. Just when I thought it ended a tragic one, they relieved me with a really sweet and romantic ending, so it isn’t as depressing as I thought it will end up. The BD specials also came as a reliever, its quite effective tho, I laughed like hell already, even the OP gave plenty of laughs. Overall, some will find this a wasted trip with that ending, if you are looking for extremely down shows.

Animations by Silver Link. Its extremely wonderful. It has some hypnotic animations style from Shaft but isn’t really heavy. Quality is not bad, color palette well used to make the show even more darker even tho it isn’t THAT dark. Character designs are well done too, Yuuko became instant best girl.

I really have to praise this OP, the animations are extremely well done here, they dedicated quite a lot on this one.

There is actually an alternative version of the OP

It feels rather soothing, in contrast to that rather fast OP. I find this better than the OP.

VAs is one of the shortest list I have ever seen in an full length anime, I can remember them all. Hara Yumi, Yonaga Tsubasa, Fukuen Misato, Kitamura Eri as the main characters. The side characters are voiced by Hirata Mana, Shiraishi Yoko, Sato Satomi, Ogasawara Saki, Naka Hiroshi, Matsu Kiyoka. This show maintained the main characters so hard that you might think there is only the 4 of them in the entire school. Hara Yumi’s voice best here again, Yonaga Tsubasa’s voice is smooth here, better than his normal talking voice. Yes, I heard it before, live. His normal talking voice is extremely high actually, can get pretty irritating in long periods. But overall, excellent cast.

4 responses to “The Dark side of Romance: Tasogare Otome X Amnesia”