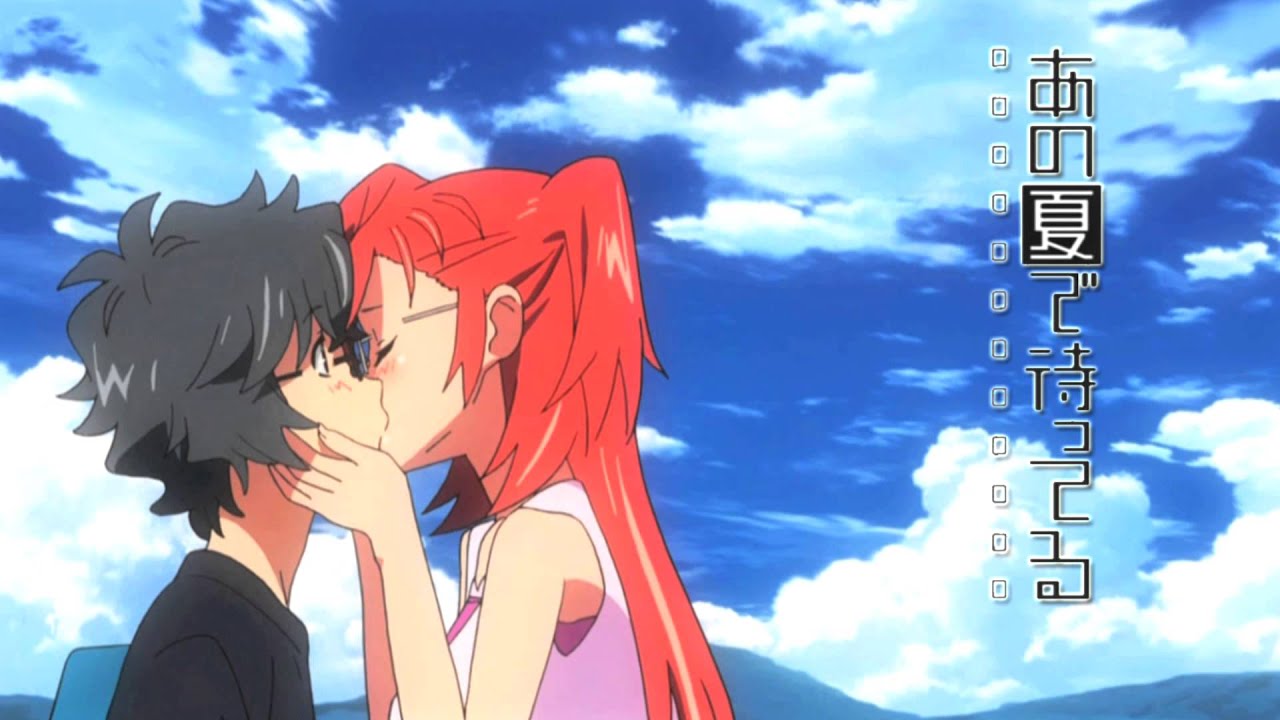 Good evening~ I decided to make this post today after all.

This show has borrowed a lot of elements from many other anime. Setting, plotline and OP feel from Please Teacher and Twins. Character designs, animations, color palettes and countryside retro nostalgic feel from AnoHana and Kokosake. The “I like him but he likes her” romance chain from AnoHana and NagiAsu. The tragic man-in-the-middle character and ED feel from NagiAsu. In fact this show may have some ideas here and there, but it still feels fresh and unique in its own way.

The show gave off a pleasant countryside retro feel with the use of old filming cameras, a sense of nostalgia. The storyline is a bit rushed, but its lighthearted and sweet at every minute. The romance here escalates a lot quicker than the above mentioned shows and they look damn suitable for each other. But the romance was shortlived, the story turns to a rather negative point near the end of the show and it goes heavy. There is comedic elements so you wont be feeling heavy from the start till the end, in fact you will get a MIB parody. The ending was somewhat a flashback of what they did that summer but every moment of the flashback it gives off a heavy stench of depression. I thought the OVA came as a reliever but it just adds more salt to the wound. The ending felt pretty incomplete, but then it doesnt feel like it leaves me hanging. Overall, even with the borrowed elements, it still feels like its an one-of-a-kind. Its depression is something I never felt before.

Animations by J.C.Staff, surprisingly, they tried to pulled off what A-1 did with AnoHana, and I have to say, they did quite a good job at it, but could have been better for a 2012 anime. It does feel nostalgic, its a pleasant feeling.

Music is damn excellent. BGMs are nicely composed. OP and ED were excellent, it feels like the Onegai series all over again. I’ve Sound and C.G Mix at it again.

All of them are excellent, its so matching that it moved my heart.

VAs is a pretty legit list. Shimazaki Nobunaga, Tomatsu Haruka, Ishihara Kaori, Ogihara Hideki, Asumi Kana, Tamura Yukari, Hidaka Rina, Hisakawa Aya, Kayano Ai, Iguchi Yuka, Horie Yui. All of them did they job excellently, it does give off a bit how AnoHana and Onegai Teacher was like. Tamura Yukari’s role here is damn badass.

Highly recommended if you have a serious craving for some seriously depressing romance.