Hey its me again, the shows this week and the posts I wrote today kinda make me feel like how I felt after finishing NagiAsu, its that darkness period again. I call it the Depressing Times, its not a goddamn newspaper. Story telling time.

I actually wanted to watch Ano Natsu after I finished Ano Hana, but the depression kinda put me off that show and I watched Kyoukai no Kanata instead, but that show ended with another depressing one, deteriorating my condition, then I heavily relied on airing shows to keep my mind away from all the depressing endings. I forgotten about watching Ano Natsu as I also forgot to put it in my Plan to Watch list. Until recently when I was looking up at Tomatsu Haruka’s page on Wiki , I saw the title and I was like, OH YEAH THIS SHOW I NEED TO FINISH THIS. So I watched it, and then True Tears, and then Kokosake. And the depression streak never ends.

I have so far accustomed and got addicted to the feeling and I crave for more of such shows, Im going to watch Ef this week and then White Album next.

What have you reflected after watching such shows…

In Ano Natsu, I can relate myself to this guy, Ishigaki Tetsuro, the guy who liked Kanna but Kanna liked Kaito. Always the man-in-the-middle. Sigh, tragic guy, but at least he got someone who liked him. He is exactly like Kaname in NagiAsu, but Kaname is still more tragic. 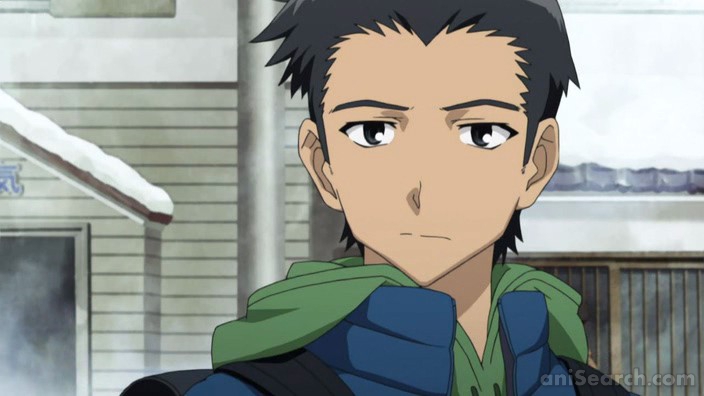 In True Tears, I’m him, Nobuse Miyokichi. The guy who is ALREADY dating a girl, but the girl likes your best friend instead, one of THE most fucked up scenario you can ever face in real life. Even tho he sounded pretty tragic, he ended up reconciling with his girl and happy ending. Actually I feel happy for this guy, he’s actually telling me that I have some hope in life, some, not a lot but some.

In Kokosake, I feel for Tasaki Daiki. This guy at first had a crush, but he was injured and due to his injury, he lost his way in life. But soon enough, he got, in a way, rejected, which then made him even more lost. But slowly, he found his way back and found new love instead. He did confess, but the result is unclear.

Sorry in advance that posts in the future for the time being will not be as interesting or humorous or anything. The animes I watched really critical hit my kokoro too many times that Im getting more pessimistic, according to other bloggers I talk to usually.

Well thats it for now, hopefully this post doesnt really ruin your day or anything. And remember to read the 3 previous reviews to get what Im talking about.

4 responses to “Depression Update: What’s with your pick on depressing shows this week?”