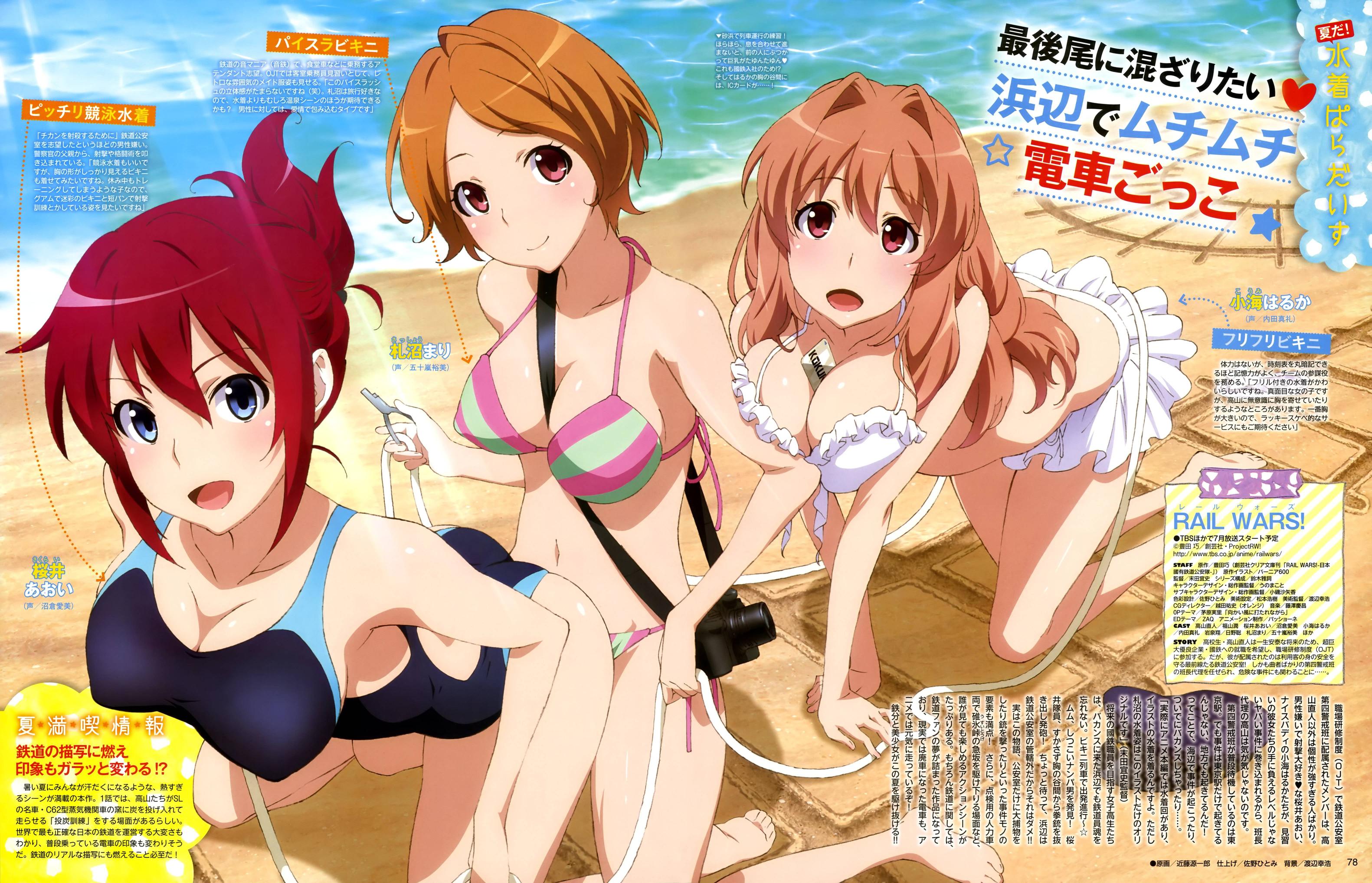 Afternoon. Just finished this awhile ago.

Originated from a LN, 11volumes and still ongoing. The anime lasted for only 1 season of 12 eps. I watched the BD ver.

The story seemed realistic at first, then plot, plot, plot… a bit of FYI and educational stuff, then plot. i would say 60% plot, 40% real thing. It could have been quite an educational show if they didnt put that much plot into it and concentrate on the trains itself. It could have been a documentary-type anime, but they know its kinda risky as it might get boring for normal people who wants more action and depth. Its kinda educational, i kinda learned quite a bit about Japanese railways and trains. But sometimes the plot gets in the way. Overall i love it, not because of the plot, but the actual story behind it. But the ending leaves me hanging and floats into empty space, felt like i could have watched better shows instead of this, time wasted. And also at the last few eps, it slowly turned into a harem, and then cut, it ended, make me wanna have a second season of this, would love to know more about Haruka’s past with Naoto, quite a lot of questions left unanswered… Time to read the LN?

Art is done by Passione, in fact its their first anime, they also made Rokka no Yuusha. The quality is pretty legit, im surprised, its very pleasing and, also its also unique in their own way, the backgrounds are well rendered, and their 3DCG kinda blends into the background which is good. I love it, not bad for their debut work.

VAs is a pretty legit list too. Fukuyama Jun, Numakura Manami, Uchida Maaya, Hino Satoshi, Horie Yui, Igarashi Hiromi, Nakahara Mai and Chihara Minori. All of them did their job well, when they kinda know that this show is gonna suck big time.

Recommended if you REALLY have nothing to watch or you think Dragonar, Blade Dance, World Break, Momo are actually nice animes.