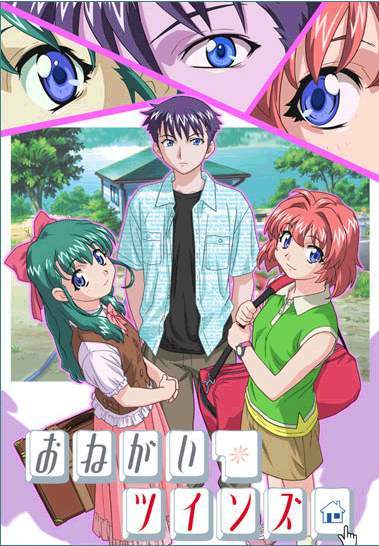 Good morning~ Finally finished the series after so long, and it felt pretty epic for me. I will break this review into 2 parts.

Actually found this 7-8 years ago, but didnt have the time to watch it back then. Suddenly felt like watching, and found the blu-ray remastered version for the both of them, luckily didnt watch back then. Both of them are original productions, so was a bit wary about it. Both of them ran for 12 eps and 1 OVA

Storyline is great, but rushed, since there is only 12 eps, and there is so much content to fit into. The main flaw is the massive amount of “time travelling”/time skip after every 1-2 eps, kinda lacks depth of their relationship. and how their relationship grew. But the ride is nice, i love how they play with my feels, the character’s interaction is also very intimate which i like. Happy ending with feels starting to overflow, nearly cried a waterfall. It feels like Angel Beats, but maybe should i have said the other way round, since this is the older series. Then the OVA came as a reliever, but it was more effective than how Angel Beats went, the feels lightened a lot on me. Well, at least they got a happy ending.

Art is pretty well done for 2002 standards, but the remastered ver makes it a whole lot better, they didnt upscale it, but redrew it and made it 1440×1080, they didnt make it go widescreen, most probably to preserve the format, but i would say its pretty unneccessary to convert it to 16:9. But the colors would be considered a bit bland for current 2010s standards. Character designs are also pretty well done, even for current standards. All done by Daume, sounds pretty unknown, but their portfolio is pretty good.

Music is very well done, Kotoko sang the OP, i love it a lot. Kawada Mami’s ED is pretty well done too. BGMs are nice also.

Both are full vers.

VAs is a list of very legit veterans. Inoue Kikuko, Hoshi Soichiro, Kawasumi Ayako, Tamura Yukarin, Ohara Sayaka, Kaneda Tomoko, Sugita Tomokazu. I love it a lot, Inoue Kikuko is so suitable for her role, but even if they put Ayako or Sayaka as Mizuho, they also can perform pretty well, as they all have perform roles that are pretty feminine.

Story is pretty nice, they improved on the way they express it, its not rushed and progresses pretty fluidly. I would say its a bit better than Onegai Teacher, as they is more things happening. Also more laughs. But the ending would be a bit messed up, since Karen is the twin sister of Maiku, she should stop messing up with Maiku and Miina’s relationship, as this would put the ending as an endless loop of 2 girls fighting over Maiku and might even lead us to believe that in future they will continue being like this and doesnt have a proper happy ending. The feels i would say is a bit lighter than Teacher, but it still pretty heavy for me, OVA didnt work, it wasnt as effective as Teacher, in fact i felt like the OVA is pretty mediocre for me.

Art is exactly the same as Teacher so skip~

Music is even better than Teacher, OP and ED by Kotoko and Kawada Mami again respectively, but the songs are way way better than Teacher. The OP brings off a happy but pretty sad and depressing feeling, while the ED made it felt very melancholic and heavy with feels. BGMs are also well done.

Both are full vers

VAs are also veterans, in addition to the cast of Teacher, Namikawa Daisuke, Nakahara Mai, Shimizu Ai, Suzumura Kenichi, Shintani Ryoko, Sawashiro Miyuki. Nakahara Mai’s voice is my favourite out of the entire series, i love how she voices the role, and it feels very perfect.

Besto gurl??? hmm… Gotta be Miina, Mizuho second because she’s a bit too matured for me.

The ending pulled Twins’ scoring down, otherwise i would have put a 9.5 for Twins’ story.

Highly recommend the both of them, but if you wanna watch both, watch Teacher first. It doesnt take much time, just treat it like a 26 ep anime.

One response to “Pretty Please~: the Onegai Series”