Good afternoon~ Just felt like rewatching this and lead me to write a review.

Originated from a LN, and is the author of Mayoi Neko Overrun. It runs for 18 vols and now completed. The anime runs for 12 eps with 3 OVAs.

Storyline is great, the comedic elements are pretty well done. But the ending felt severely incomplete, ending with just a sad realization for Hina to know that her parents are gone. Feels are pretty heavy and depressing at around 3/4 of the anime, pretty well done, im touched. The OVA1 and 2 are pretty much fanservice and also mini relievers of feels for the anime. OVA3 came just recently, March 2015, lucky i waited until now to do this review. But at OVA3, we officially know that the parents are dead, and also there is a very big time skip, 4 years later after the anime ends. But its a pity that it was Sora and Yuuta that got together, i was wishing it was Raika, one of the flaws of the ending, but its kind of a major plot twist and unexpectation. OVA3 ended with a lot of feels for me, now im depressed.

Art is all done by Feel. OVA3 uses a different art style, and also different coloring from the anime, but i like them both. Such vivid colors, smooth frames and crisp sharp outlines, like how they did for Yahari. But i would say im more used to the anime’s art style.

Music are pretty well done, OP and ED are both peppy and happy and bubbly. BGMs are also well done, boosting the comedic elements and also the depressing feels.

Besto gurl? Either Raika or Miu… then Hina then Sora… Loli didnt with this time.

Highly recommended if not watching it seriously. Ending for the anime is such a pity, otherwise it would have been a lot better. 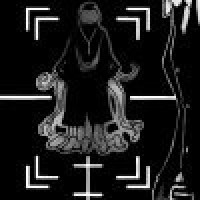