I scratch her off the besto gurl list this season. She too boring for me

Love this anime even tho its getting more and more boring each ep. Dont know why. About more ghosts and also helping a boy find a taste that he wants, because his mom is going to have a kid and he is at home under the care of Inoue… I think i will not drop this, but wont be posting weekly impressions. Lacking of things to write for each ep tbh. If i drop this, i will update you guys.

Nothing much again this ep, practice practice. Then a cliffhanging battle at the end. But combat scenes seems not bad, but could be better, knowing A-1’s abilities… Will not drop but considering about the weekly posts… Will update about that next week.

Seraph of the End 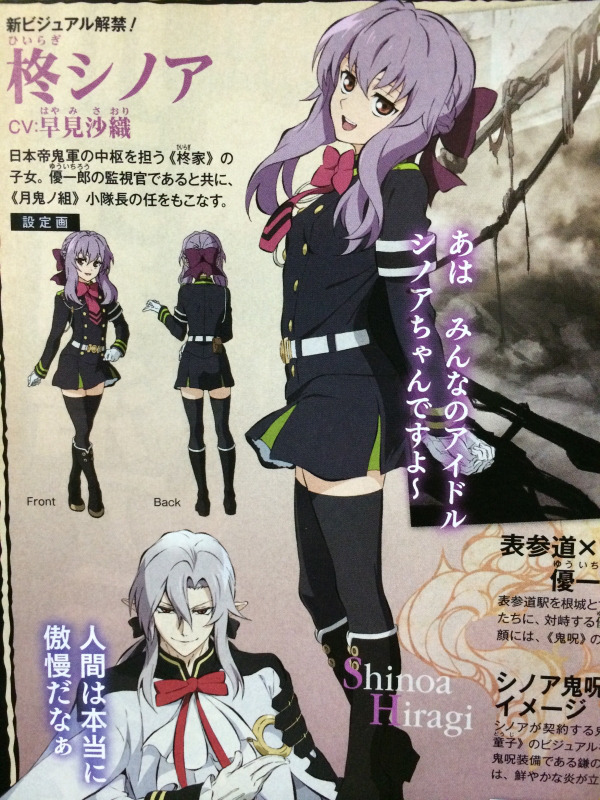 So far so good. Loving it. Fighting an enemy, that pretty much lasted a whole ep because there is some mindfucking involved. And, JANG JANG JANGGGGGGGG, Mika is still alive and is now a vampire. Wonder how this will turn out. The entire ep felt hell short… even shorter than Gunslinger Stratos.

Nothing much going on. They trying to combine all religions and their mythologies together into one anime… More boobies… Not dropping but not posting weekly stuff for this. You guys know whats coming…

another besto gurl candidate right there

This show is becoming cuter and cuter… OMG, living together~~~ BUT SHE A GIFTIA, NOT HUMAN.

High School DxD has polluted my mind. Note to self: always watch the dirtiest last.

But back to topic. Isla being a little girl and Tsukasa trying his best to be a reliable person and also in a way “pay” his rent because he is living in Isla’s apartment… Overall, pretty romantic and cute, but makes me feel sadder because she cant live for much longer… sigh…

Sorry about the incomplete post, it was a mistake… pressed the publish button by mistake… Will post something later